This is the first of 4 walks on this visit to the Lake District this summer. The boys wanted to beat their previous highest mark (which was the Old Man of Coniston at 803m). We were staying in Braithwaite and the mountain of Skiddaw overlooks this village, it seemed an obvious choice. So 4 children and 3 adults set out from beside the A591 to climb to the Ullock Pike ridge. The route up to Skiddaw along Longside Edge is a classic trail and has the bonus of adding 3 more Wainwrights to the total on top of that of Skiddaw. Now I have climbed Skiddaw this way once before, back when I was seventeen. Myself and my brother made a rather poorly equipped summit of this mountain. On that day the weather was also dry but as we made our way up the finally slate climb the cloud dropped. Surely that couldn’t happen again, could it. 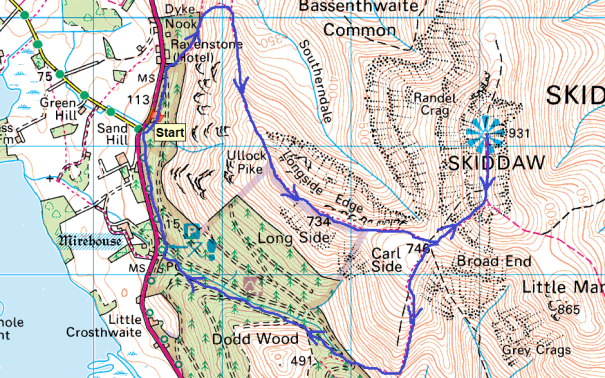 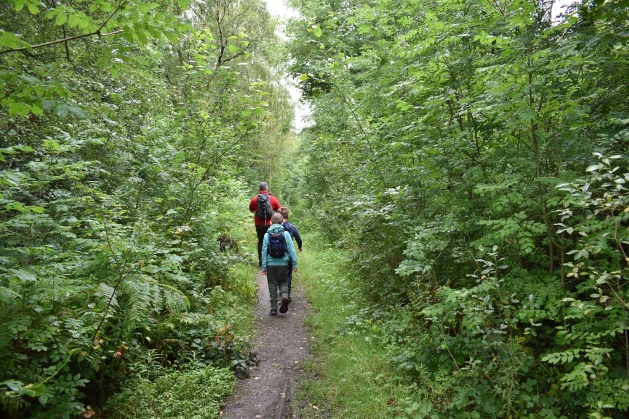 Starting out along the path that runs parallel to the A591 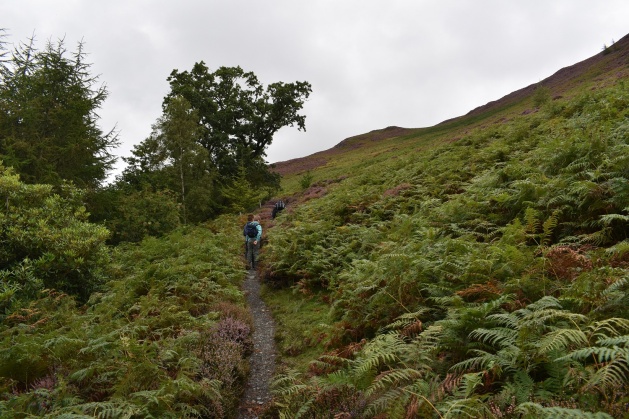 And now climbing up to join the ridge to Ullock Pike 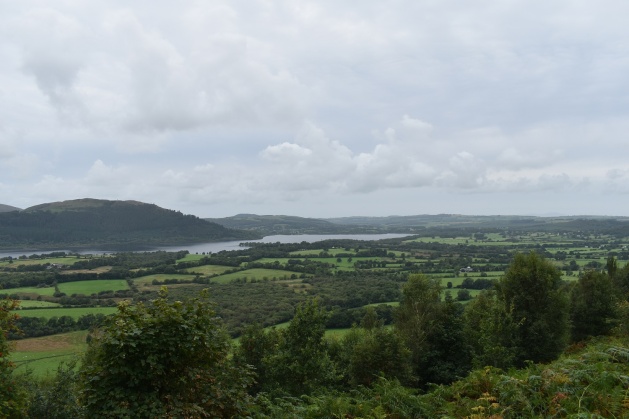 Quickly the views open up to Lake Bassenthwaite (the only named lake in the Lake District, the rest being meres, tarns or waters) 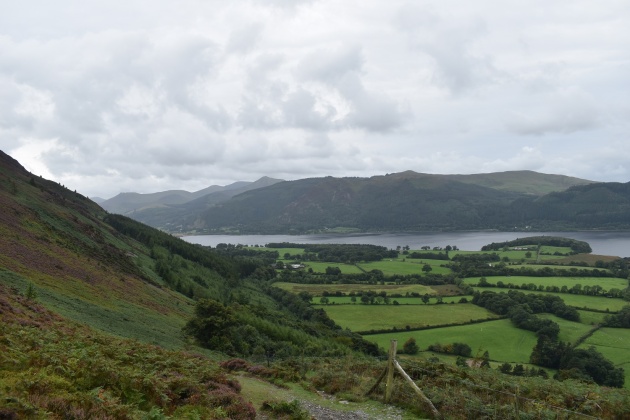 We’ve come up through the trees below and are looking back to the fells on the other side of Bassenthwaite, including Lords Seat

The group are just joining the ridge path

Ahead lies the Longside Edge, Ullock Pike is the pointy fell nearest to us and our first target

Looking back down, you gain height quickly here. Binsey is the fell to the north

The group. My two boys (in yellow and with his arm up), two of my brothers boys, my brother, Ian (in blue) and my brother in law, Neil 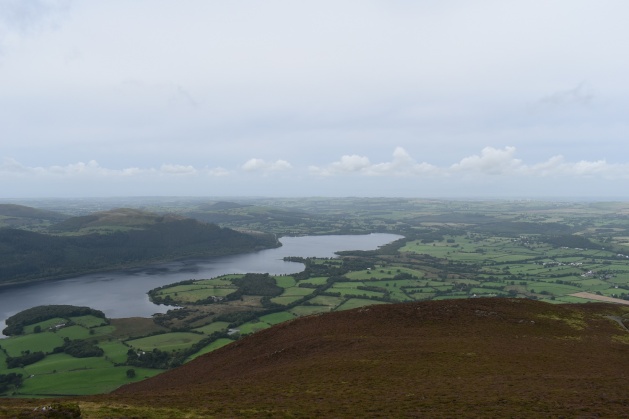 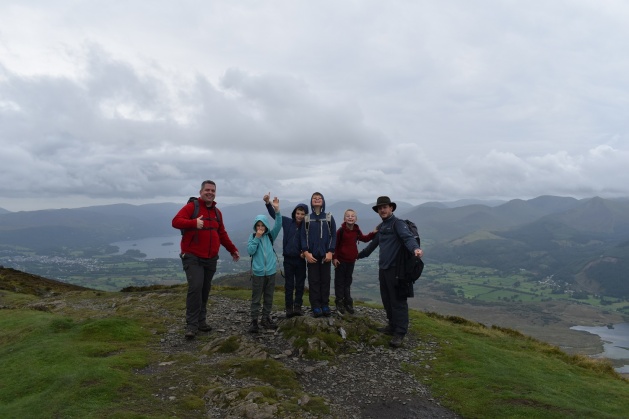 All smiles on the first summit of Ullock Pike, at 690metres its a fair way up

The view behind the group is glorious. Dodd is the dark fell in the foreground. Derwent Water to the left and the edge of Bass Lake right. Derwent Water is a theme of the photos along this ridge

Skiddaw is now in cloud, with Longside Edge running to the right 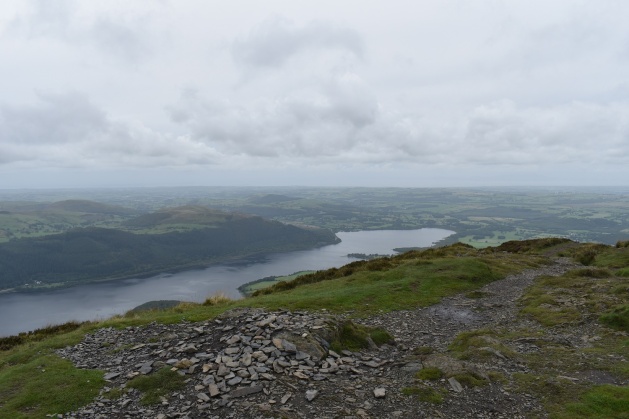 About 15 minutes later we made Longside summit, Skiddaw is clear behind, maybe our luck is in 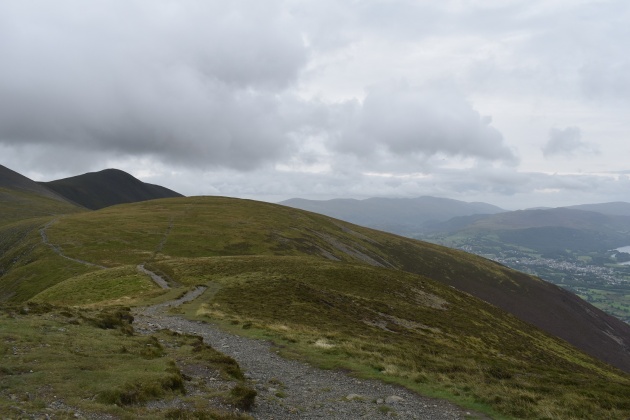 Carlside is dead ahead, however we wouldn’t head there yet, we branched left to head for the tarn first. Skiddaw Lower Man is the dark fell at the back 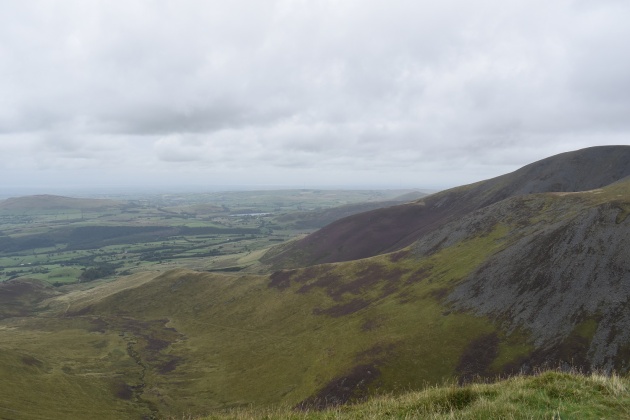 Southerndale lies below Longside Edge, the slopes of Skiddaw to the right with Binsey in the distance 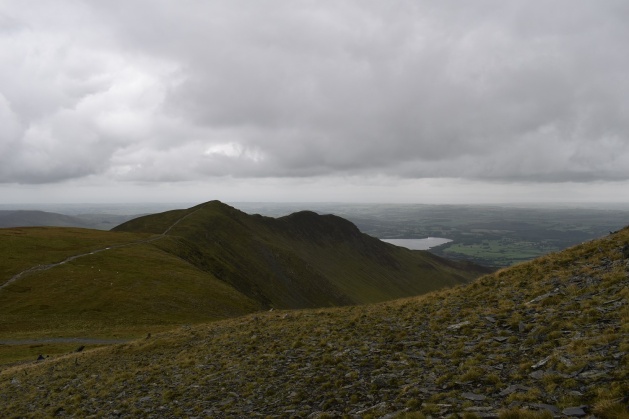 Looking back to the Longside Edge ridge as we start our way up Skiddaw, we decided against the normal sloped slate path with the kids instead we took the zigzag path up the end of Skiddaw

Even so this path was steep!! 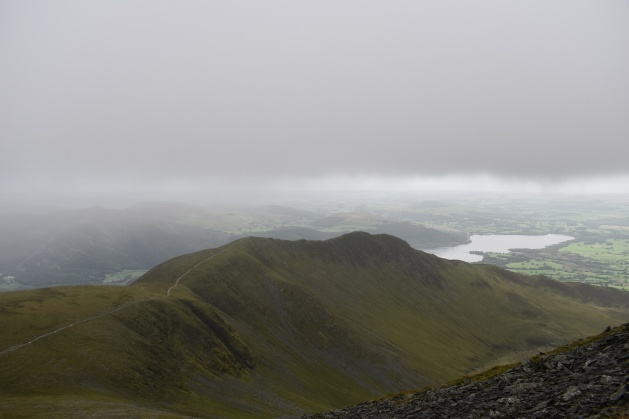 A rain shower passed to the south however for us that meant lowering cloud, surely not again 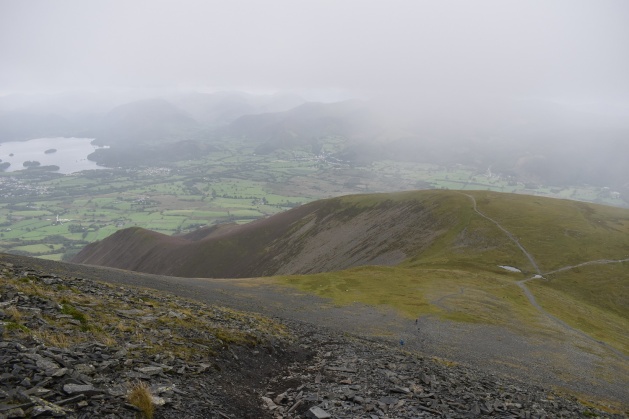 Carlside and its tarn slowly disappearing

The long summit ridge, now in cloud. Second time I have walked here with the summit mainly clear only for it to cloud over as I summit. Still spirits are high

Many layers were put on as its was cold on the top. But this was a proud dad moment to get a 10 and 8 year old up to 931metres

We managed a few photos at the top but with all the wind shelters taken it wasn’t a place to hang around. As we dropped we came below the cloud to the view of the Edge again

Layers of fells behind the Newlands Valley 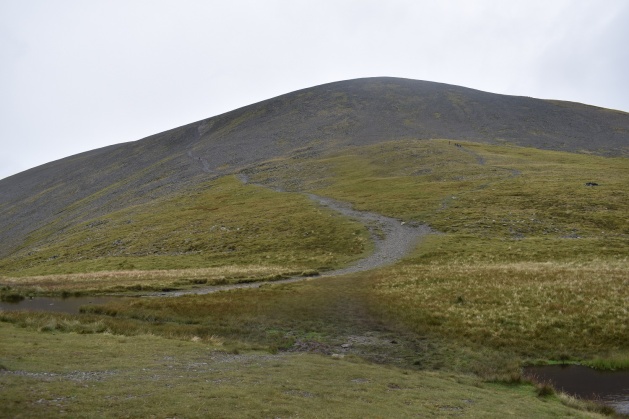 Skiddaw and the two paths. To the left is the slanting slate path. Heading to the right, with a group of people on it is the more direct zigzag path 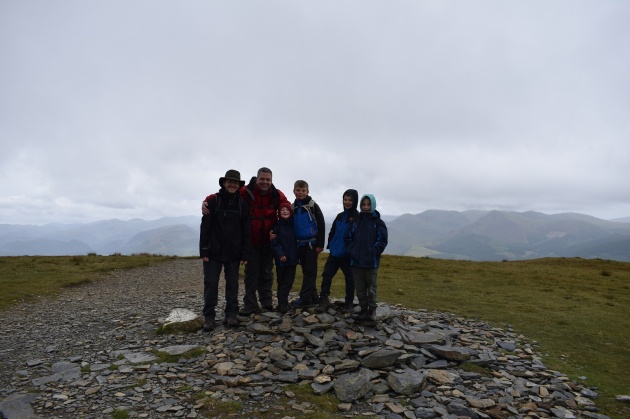 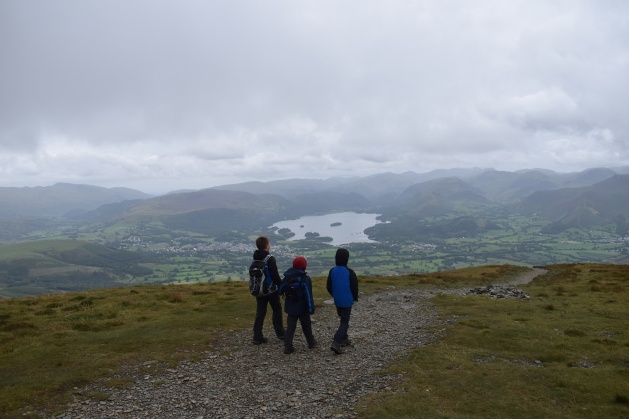 Fantastic view as we head down the path to Long Doors 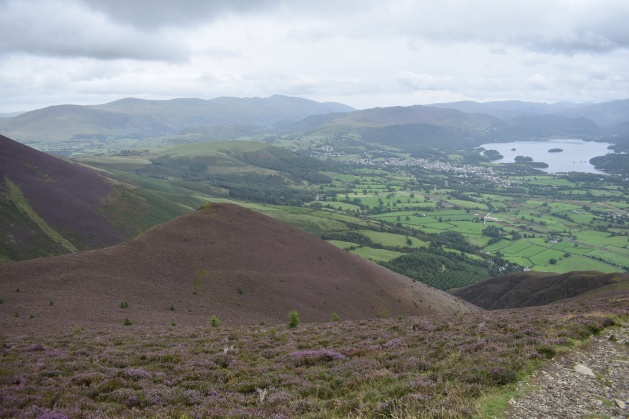 A patchwork of fields and plenty of fells 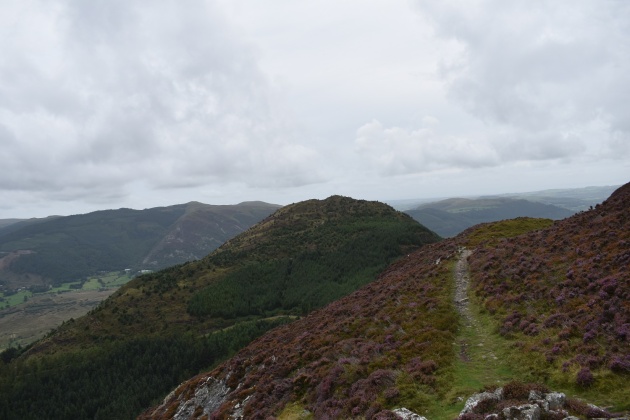 As we round the corner at White Stones, Dodd comes back into view

Zoomed in on Derwent Water, Keswick to the left 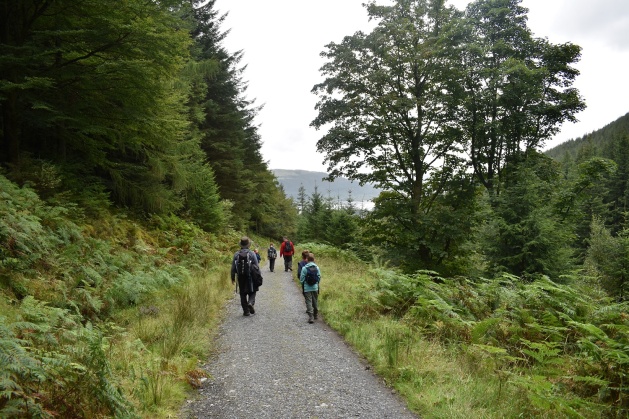 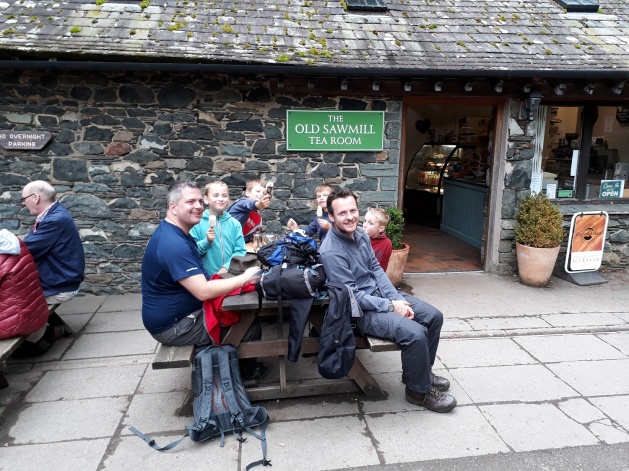 Tea and ice cream!!! It was another 5 minutes to the car from here, but that ended a fantastic walk with 7 very happy people