This is a gathering of rocks on the southern edge pf Shaptor Woods in eastern Dartmoor. There is a clear by way that passes through the woods and heading downhill and as you can see from the OS maps it is right on the boundary of the national park, John Canns Rock will be on your left. You will know you are there as the banks of the path rise to above head height around the rock. There aren’t any views due to the tree cover and no military areas either. 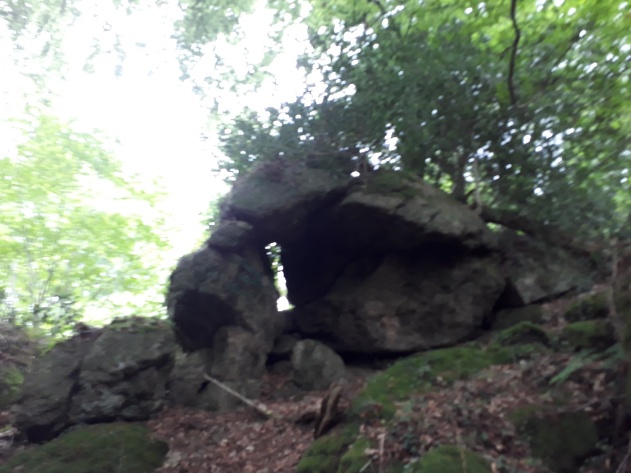 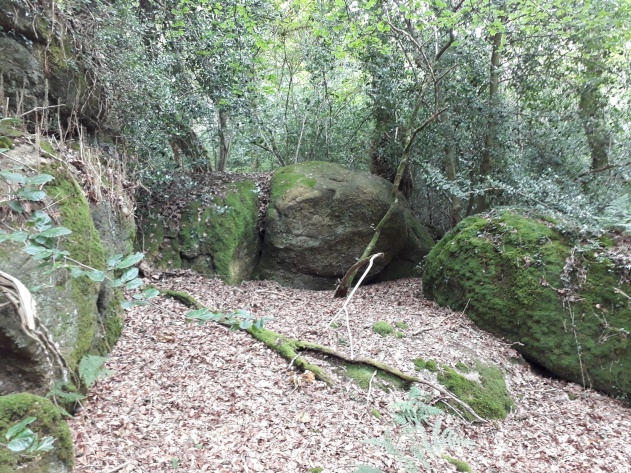 More of the rock, there’s quite a few outcrops