The Haytor Granite Tramway was a tramway built to help move granite from Haytor Down,to the Stover Canal. This is an unusual track in that granite was used as the track,shaped to guide the wheels of horse-drawn wagons. The tramway was built in 1820, with the granite in demand in the developing cities of England. In 1850 the quarries employed about 100 men but by 1858 they had closed due to the availability of cheaper Cornish granite. The tracks length was 9 miles and the granite was used in the building of London Bridge and the British Museum.

From the tramway towards Smallacombe Rocks, Black Hill up on the right

Holwell Tramway goes off to the right, Haytor is straight on. Holwell Tor is ahead 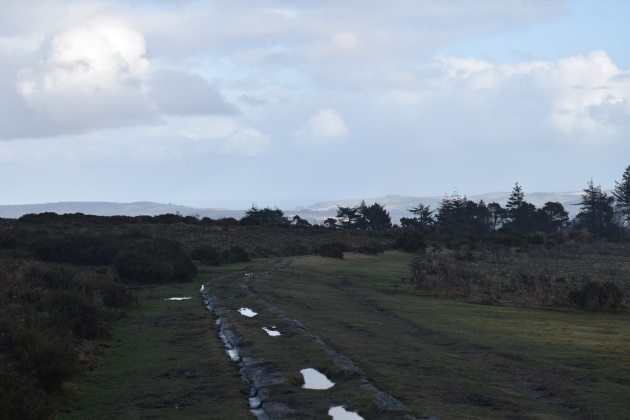 The lower part of the tramway as it leaves Haytor Down. Teignmouth in the distance 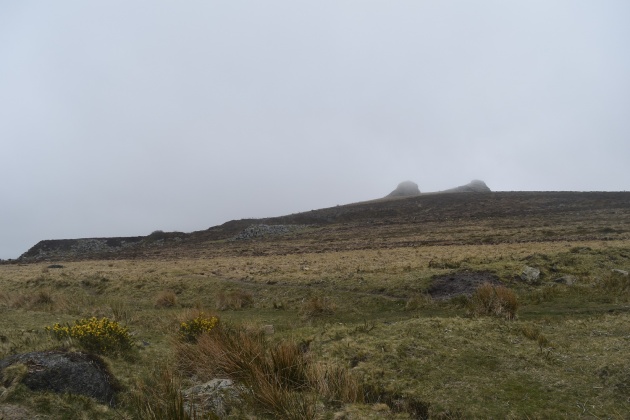 Spoil heaps beside Haytor from the Haytor quarries

The granite track of the Haytor Tramway

Haytor from the tramway