This is a fairly small outcrop of rocks to the south east of Moretonhampstead. They aren’t marked on a map and there isn’t too much writing to be done about them and they could easily be one of a couple of outcrops in this area. One outcrop clearly sits on farmers land and looks fairly prominent, the second outcrop sits 100 metres along the road to the right looking down to Pepperdon Farm, but that is Little Pepperdon. The third is a fairly flatish stone on Pepperdon Down beside a small wood. To me it doesn’t matter which is counted as the top but I’ve seen one website say it is the third of these outcrops. No firing ranges anywhere near here. 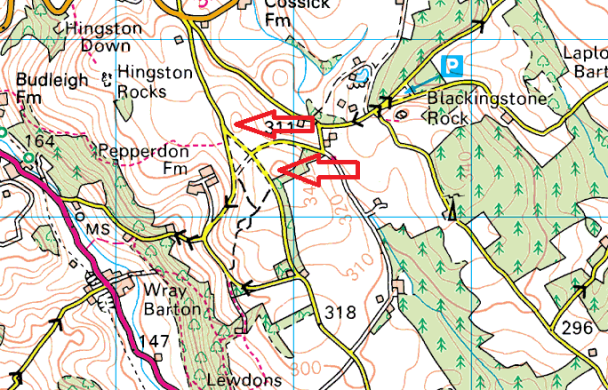 The rocks in the farmers field. Despite being far more prominent these probably aren’t the rocks

The previous picture was taken 100 metres in the direction of this photo. This is probably the correct outcrop for Pepperdon Down Rocks, beside the woods

Pepperdon Down, the rocks are on the right and Blackingstone Rock can be seen in the sun straight ahead 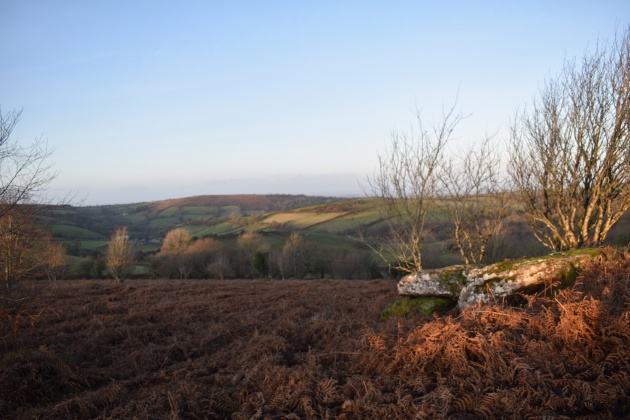 Mardon Down from Pepperdon Down Rocks

The previous photo was taken above this hole and outcrop, about 50 metres away. This is the lower part of these rocks