This tor sits pretty much central is Wray Cleave Wood and although it is north of the similarly named Wray Cleave South and Middle tors it is just given the name of Wray Cleave Wood Tor. There are plenty of paths to get to this one with three converging at this spot on the OS maps. I say paths, what I mean is occasional spots where a path seems to exist. The one from the northeastern side is pretty good and can be followed, the one from the south is sort of there as well, however the one from the north seems to vanish from here, and if you are using a gps to place you on the path, then it will likely put you further down the hill than you need be and into some horrific territory. As a rule of thumb always leave this tor from the highest rock with the broken down building (Lewdowns Cottage) in sight, regardless of the direction of travel. The terrain below the tor is a mix of brambles, boggy parts, brambles, streams, brambles and rocks with large gaps between them down which you will lose a leg, with brambles covering the holes. It is to be avoided in the same way as you would avoid Broad Marsh. There are no military areas near here. 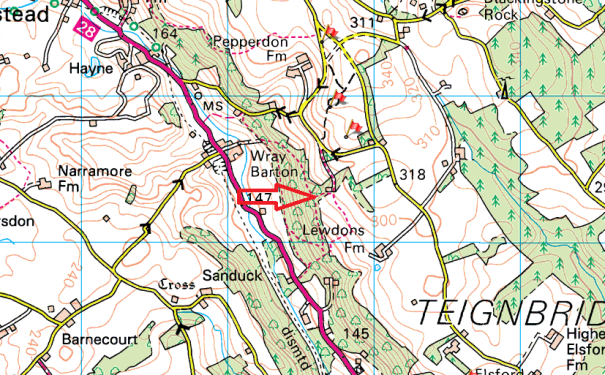 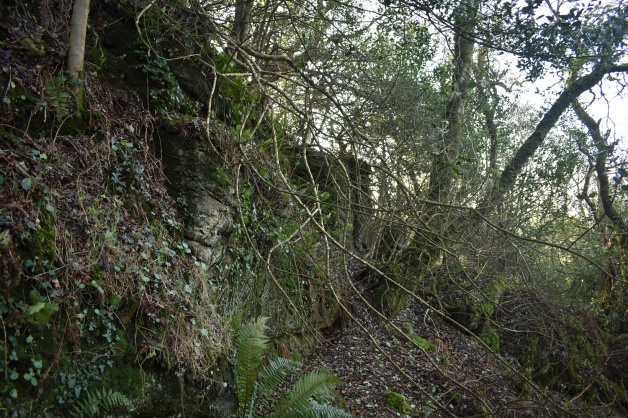 One of the higher parts of Wray Cleave Wood Tor 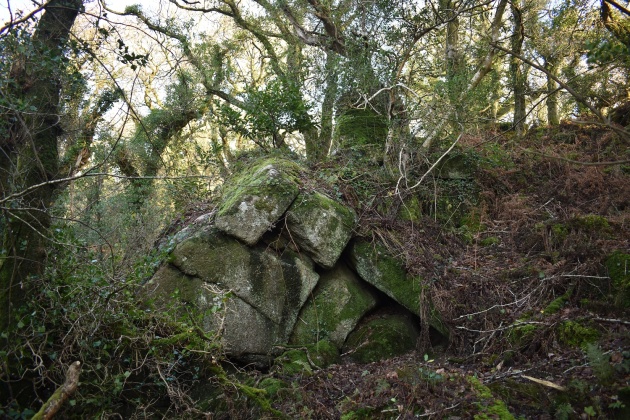 One of the more obvious outcrops, about 50 metres below this is the brambles and streams area 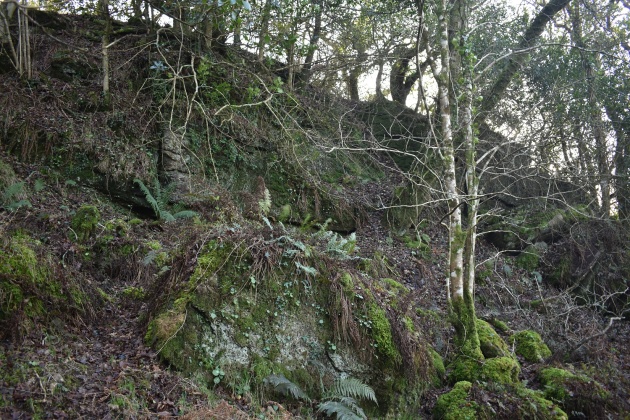 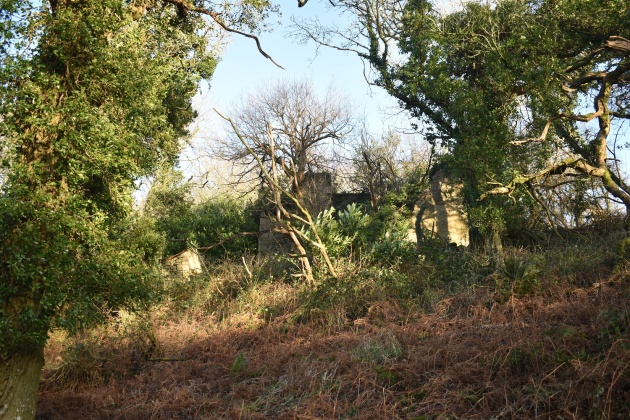 The building above is Lewdowns Cottage or the remains of it, the tor is to my left here. Head to this spot to leave this tor in any direction 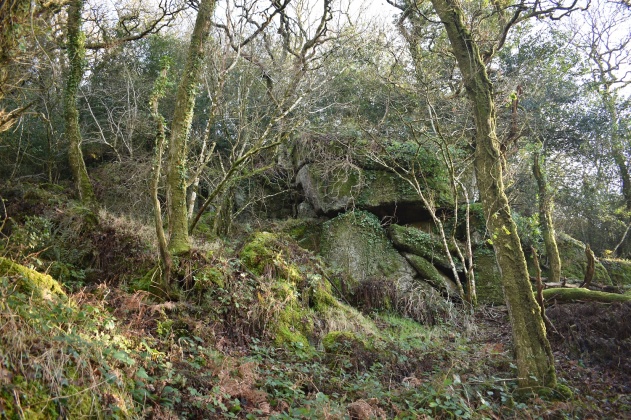 The lower outcrops, I’m standing in the start of the brambles and the boggy ground and stream is behind me about 10 metres away. There are more outcrops at this level to the north but don’t head at them from here. Go back up the hill to the previous photo then that way