This tor sits at the eastern end of Skaigh Woods overlooking some of the houses in the village of Sticklepath. It can be reached reasonably easily from the path above. If you are walking the Tarka Trail along the southern bank of the River Taw, head as far along that path as you can to the east, don’t turn off towards Sticklepath village, instead start climbing up the sloped path which turns sharply right. The path then continues higher up heading back west. The canopy will close over head and as you round a corner a grassy area, without gorse or bracken will appear on the right. You will see a ledge of grass sticking out ahead of you, that is part of the tor, more outcrops are to the left of this ledge. The rocky outcrops aren’t huge but they are decent and fairly easy to get to. Having a tor at this end of the woods makes for a nice loop walk from Belstone, passed The Cliff and up to this tor, before returning along the southern path. 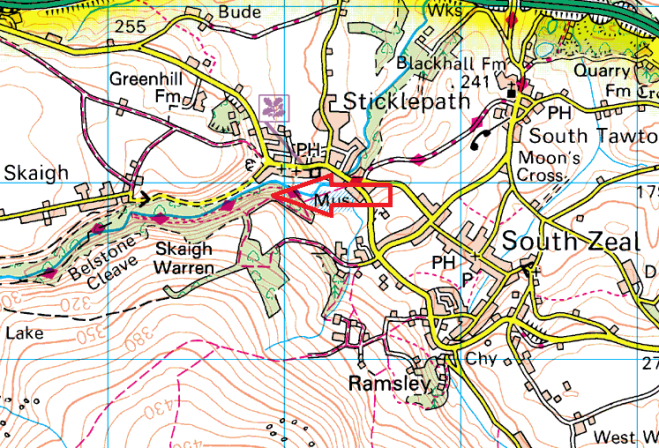 The second section of outcrops

The ledge can be seen ahead which has the first picture outcrop below it, the second photo was taken over to the left here