This is an outcrop sitting on the banks of Kennick reservoir, up in the north eastern corner of Dartmoor. The rocks themselves are fairly substantial however they are mainly covered in greenery, with moss, lichen and plenty of brambles covering the outcrop. In the winter you will get a view through the trees to the reservoir itself however in the summer months green leaves will also enclose these rocks. There is an old car park in front of the rocks which gives you a good marker that you are in the right spot. The views are anything to write home about but at least its an easy one to bag being on the road around the reservoir. There are no military firing ranges near here. 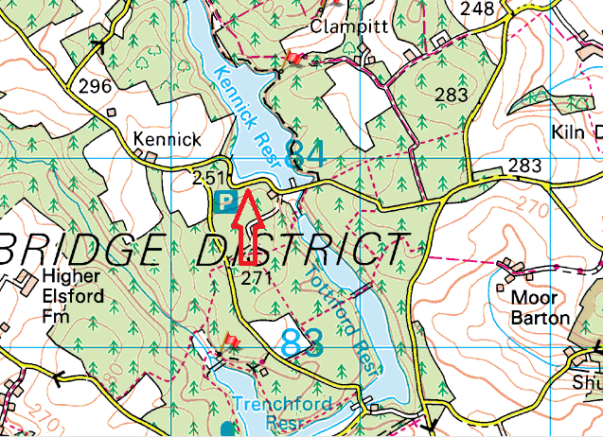 The old car park and Slade Rocks behind

Plenty of greenery covering the rocks

The view in winter to Kennick reservoir