I wasn’t sure where to walk today. North Cornwall, Dartmoor, Bodmin Moor and East Devon all were looked at. I decided to head to the latter for no reason more than the others. I’d been here once before, nearly 30 years ago and it was to play golf, rather than look along the coastal cliffs. This area is a completely different terrain to that, which is the other side of the River Exe, gone are the rocky cliffs and outcrops that line the south Devon coast through South Hams. Instead replaced by red sandy paths and Triassic sandstone cliffs. For this walk the ground starts out as a pleasant gentle rolling path, all the way to Ladram Bay, the gradient is gentle and its a fine easy walk. After Ladram Bay the ground rises and falls, steeply in places all the way to Sidmouth (and beyond if you carry on), with High Peak and Peak Hill forming a considerable barrier to the walker. If you are walking the full coastal path then the path itself is where you stay, however the brief detour, steeply up to the summit of High Peak is worth the effort, and then some. The plunging views to the sea and vistas along the coast are fantastic and are worth a stop for a bite to eat, to enjoy the views either way. This stretch of coast changes year to year as more of it falls into the sea, the pummelling tidal surge eating away at the base of the cliffs, you will see evidence as you walk, in fact after Sidmouth there are plenty of landslides on to the beach. Come and see it whilst it is still here.

Budleigh Salterton beach, the car park here is huge and there were plenty of people in wetsuits and with paddle boards

The Otter estuary, so many birds here and plenty of paths to explore

Canadian Geese overhead. i heard them before I saw them. This picture only shows the back edge of the group which was easily 200 strong

Swans and cygnets on the Otter. The cynets were the same size as the parents but still with the fluffy down of a youngster

The River Otter, the swans were on the island

The Otter as it enters the sea. To be honest a rolled up trouser leg would save the 1 mile back and forth walk up the River Otter to this point. But I didn’t know that until this point

Now this was new to me, the red sandstone so ubiquitous in this area. The sea undermining the cliffs. Producing cracks above, you can see here a crack running down the cliff, not long before this goes

Looking back towards Budleigh Salterton 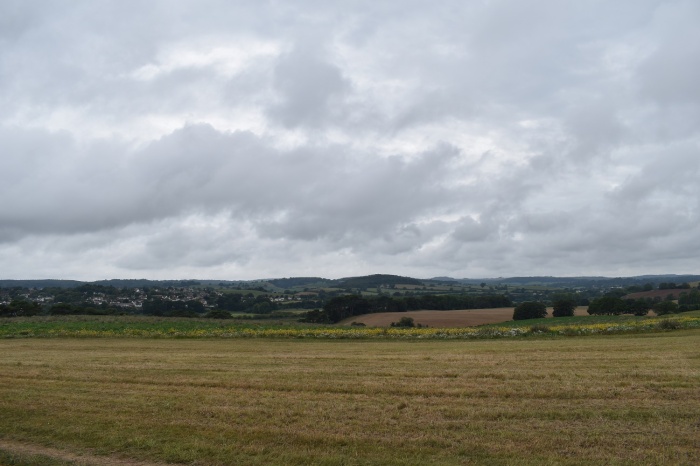 Inland is all farming. Mainly sweetcorn, wheat and sheep

The bay to the right doesn’t seem to have a name (Sidmouth Bay maybe?) but the pointy cliff ahead does, that’s High Peak 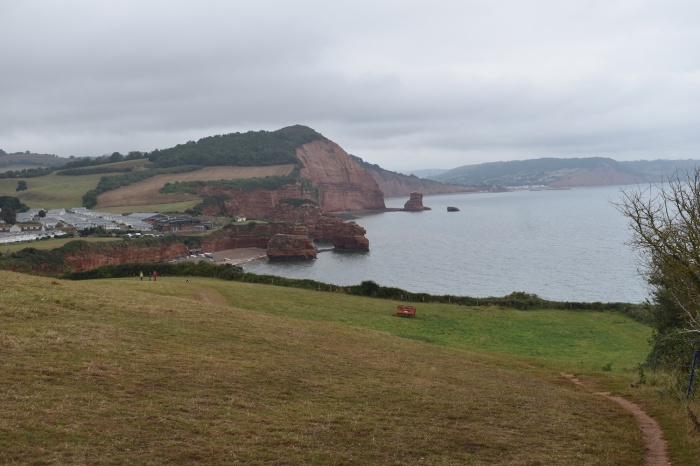 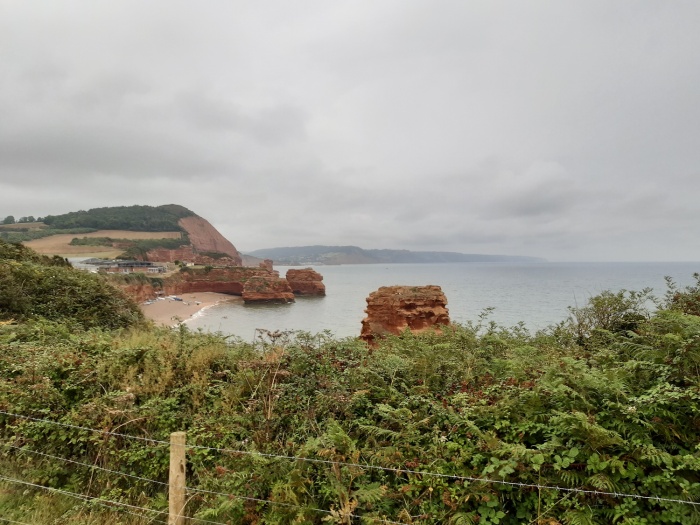 The information board as I climbed to High Peak

The trig point at High Peak, Peak Hill is next up then the descent to Sidmouth

Ladram Bay holiday park is below after a steep climb up to High Peak, the coast back to Budleigh Salterton stretches beyond 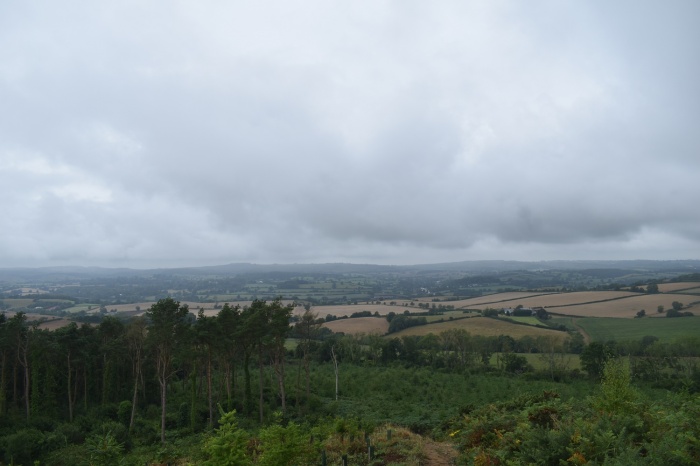 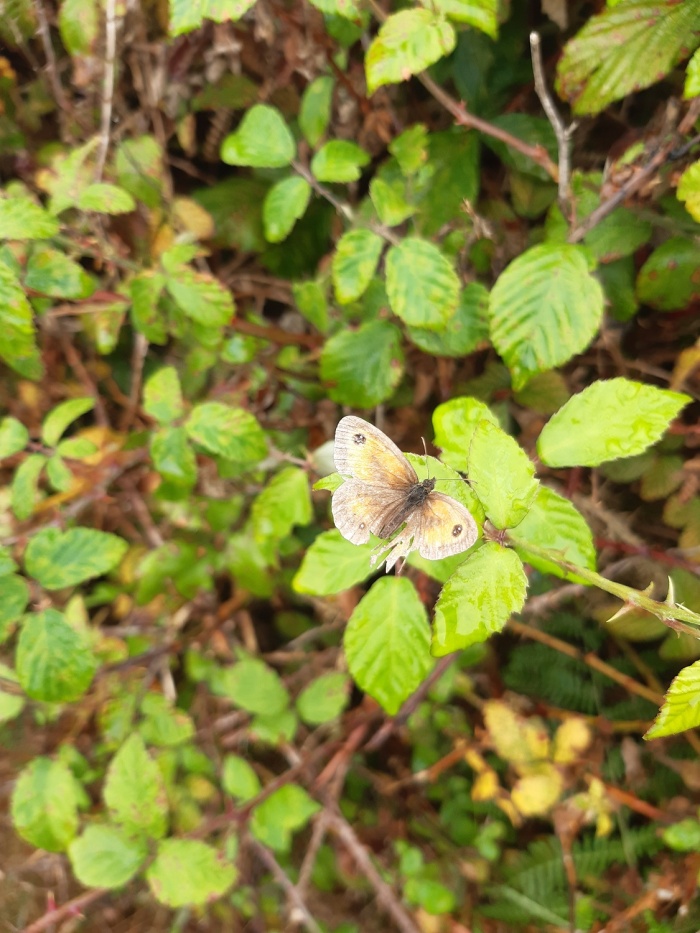 I think this might be a Gatekeeper butterfly. It suits the area it was in but looks a little washed out and has been nibbled at on its right hand side 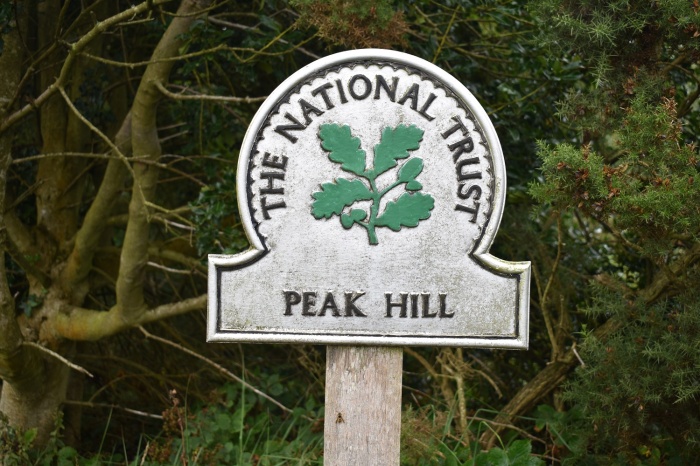 Just to prove I was here

To start your descent into Sidmouth the coastal path drops and then heads out to the cliff face, giving this great view back along to High Peak 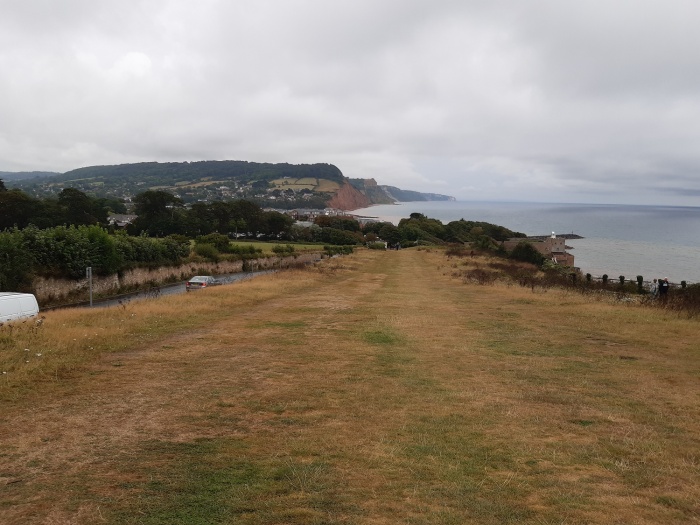 The guide book says there is a long road walk into Sidmouth, well there isn’t, to the right of the road there is this fine grassy path heading downwards, with Sidmouth ahead

Tortoiseshell Rocks beach as I sit on a bench and have a bite to eat, plenty of people here as there is a large car park opposite and a large cafe here, as well as the beach. This is basically Chit Rocks on my left and I figured with the car park it makes a sensible spot for the next walk onwards along this coast, whenever I get to it.

I climbed back up the path from Sidmouth a hit the road which winds its way around Peak Hill. Views here back to Sidmouth

Once up and over Peak Hill the views open in front of you. High Peak is on the left and the fields behind that are laid out

I’m walking the road to Otterton here, its a narrow road, has some cars on it but it was pleasant enough and the views over the fields were lovely 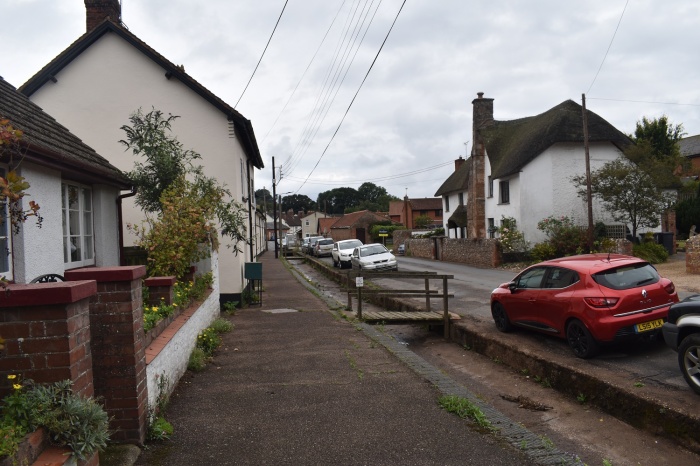 Otterton village, thatched cottages, a pub, a mill turned into a cafe, bakery and shop, all very pleasant.

Back at the estuary now. Some cricket had started in Budleigh on the pitch and it was a fair bit busier than when I set off, time for a drive to a local shop to pick up some Otter Ale.

13 thoughts on “Budleigh Salterton to Sidmouth, the Jurassic Coast”