This is a lovely spot between Down Ridge and Royal Hill, where the river Swincombe winds its way towards Hexworthy. This bridge has had a number of different guises, it was originally built in 1892 and has been washed away at least twice, most recently in 2014 by strong river currents. This bridge also goes by the name Fairy Bridge and on the previous bridges a little toy fairy was resident under the bridge, helping to provide safe passage to those that cross the bridge. 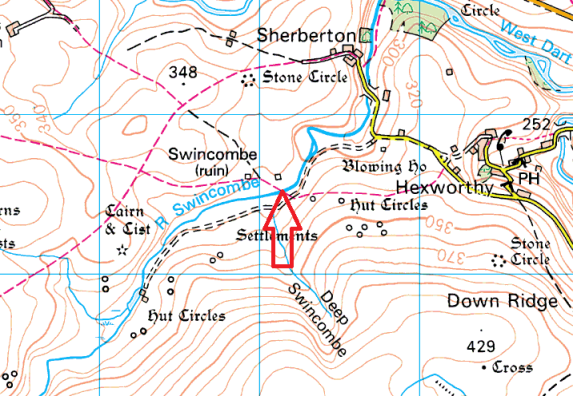 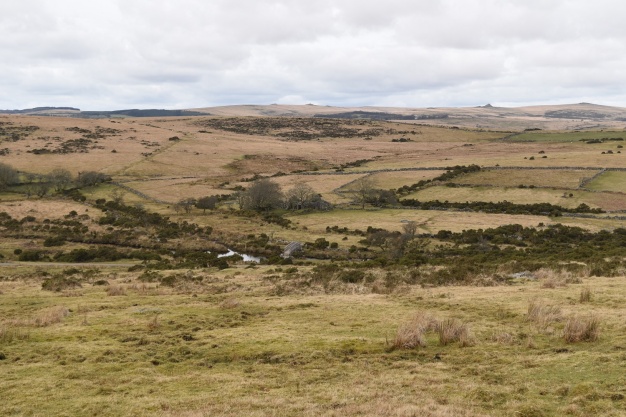 Looking down on Swincombe Bridge, Swincombe farm ruins in the trees behind

The river from the bridge

The ruins of Swincombe Farm to the left and Swincombe Bridge between the trees. Down Ridge rising behind