Whether this is a true story or a Dartmoor tale it is unclear however it is worth telling anyway!! Many years ago a baby was found abandoned on Stalldown in South Dartmoor. The baby was taken in by a nearby farmer and his wife and frantic searches for his parents were made, they were not found. The baby was named Hillson (son of the hill), and years later he returned to where he was found and built a small structure or house on a cairn at the top of the hill, hence Hillson’s House, from here he made clocks.

Looking to Penn Beacon and Shell Top from Hillson’s House 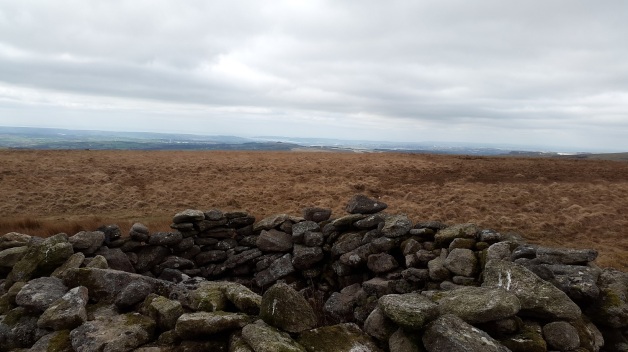 Hillson’s House with Plymouth Sound in the far distance

The boys at Hillson’s House