Manga Rock, no its nothing to do with Japanese comics, was an old boundary stone which still carries the GP markings for Gidleigh Parish. Some say it was also on the Dartmoor Forest perambulation in the 1200s but the location of the stone and the perambulation points either side do not quite match up. Either way Manga Rock sits on the side of Manga Hill (not at the top) overlooking the North Teign river and Gidleigh Common below. The views to the east are excellent but higher ground (Watern Tor) sits westwards preventing views that way. The easiest way to this rock is approaching from Fernworthy Forest which takes you easily to Teignhead Farm it is then a short pathless walk to the rock. Manga Rock is not in any of the military firing zones, although Okehampton range is half a mile west. 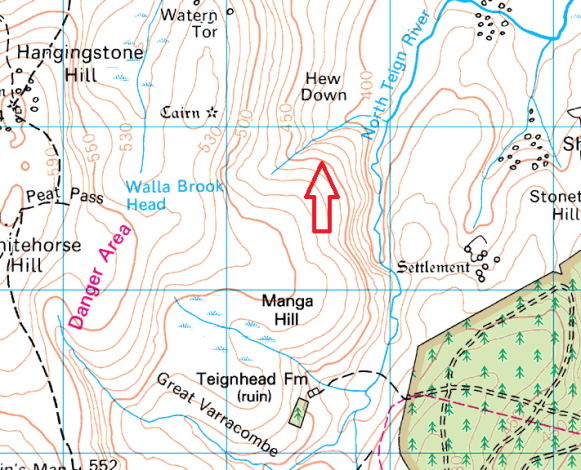 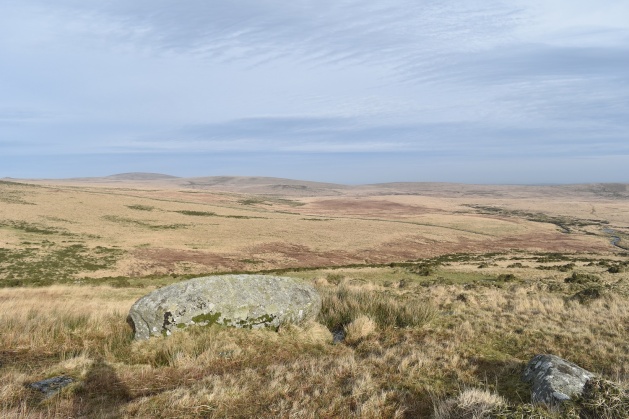 Westerly views from Manga Rock to the pointy Kes Tor 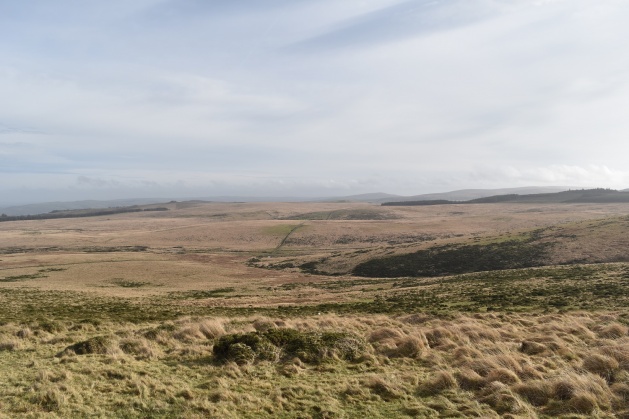