This is a tor that sits a fair way down the hill into the Dart Valley. The hill in question is unnamed on an OS map, its called Vag Hill obviously, but sits to the west of Sharp Tor (Dartmeet) and the tor itself is to the south of the settlements on that hill. If you park in the car park below Yar Tor on the Dartmeet road, head over the hill for the settlements, you will pick up a broken down mounded wall that runs north to south. Follow that until its end but keep heading on the same bearing. At the co-ordinates below you will see a depression with tor rocks on top, that is the tor, although its easier to see it from below. There are no military firing areas near here. 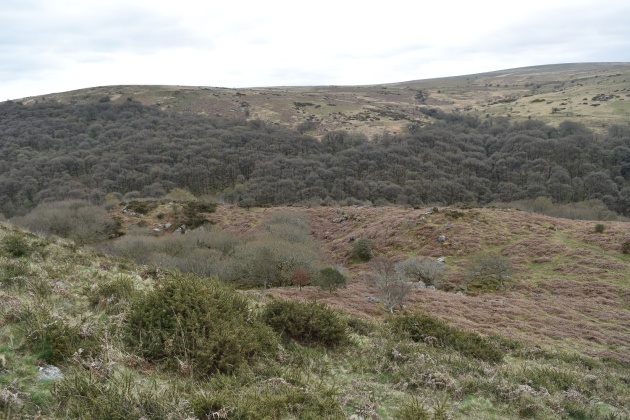 And again with Combestone Tor opposite

Glenridding Dodd summit looking to Arnison Crag and Patterdale valley
Ascending to Sheffield Pike with Ullswater and Seldom Seen below
Loading Comments...
%d bloggers like this: