Two Bridges sits at the joining of the Cowsic and West Dart rivers, however this has not always been the case. In the 1700’s the original Two Bridges apparently sat further north just under Crockern Tor. The first of the Bridges to be built was the bridge which now takes cars to the Hotel (turnpike road). The second bridge, the current main road bridge, was built in 1931 and is known as the Prince Edward Bridge. Two Bridges is a very popular place to begin walks and this is arguably the most known bridge on the moor, walks start from here towards Wistmans’s Wood and the nearby car park can quickly fill up. 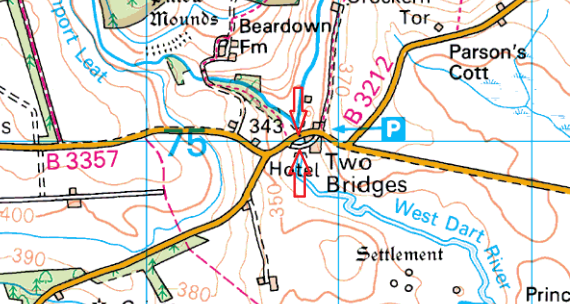 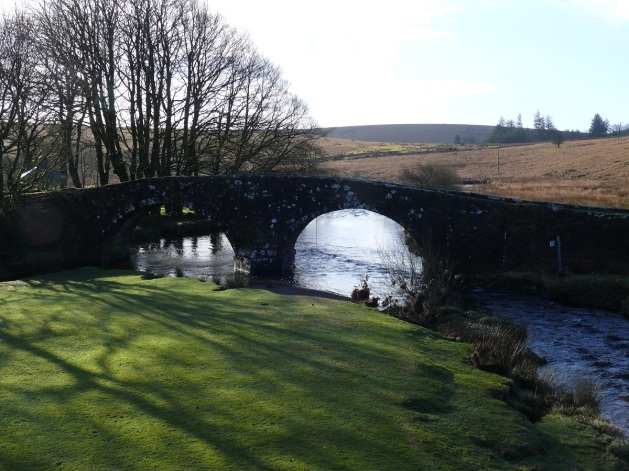 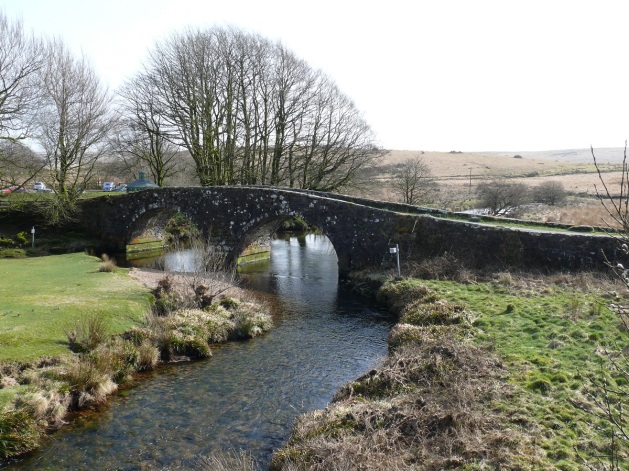 One of the bridges from the road bridge 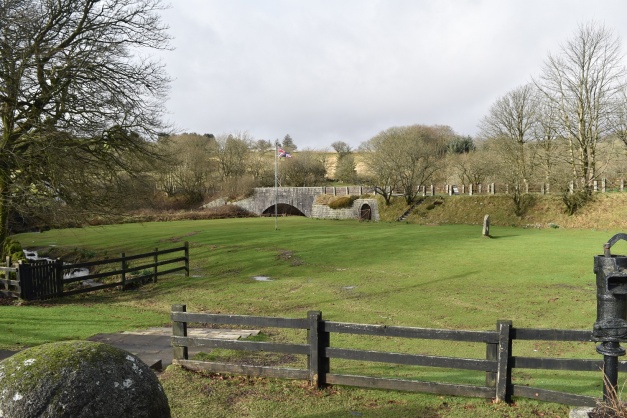 The road bridge at Two Bridges (The Prince Edward Bridge)