Eylesbarrow Tin Mine was at its height in the 19th century and work started in this area officially in 1804. The village of Sheepstor claimed to have tin miners living there as far back as the 12th century, however records for Eylesbarrow only started in 1804. It was one of the biggest and most profitable of the tin mines, along with Vitifer Mines (Birch Tor). Remains of smelting houses, wheel pits, stamping mills, adits and shafts can still be seen, alongside areas were the workers lived and sheltered. These remains can be found on the southern side of Eylesbarrow, near to the track from Nattor car park to Nun’s Cross Farm. There is a separate shaft and wheel pit lying around a kilometer to the east beside the track to Plym Ford, this was known as Wheal Katherine. 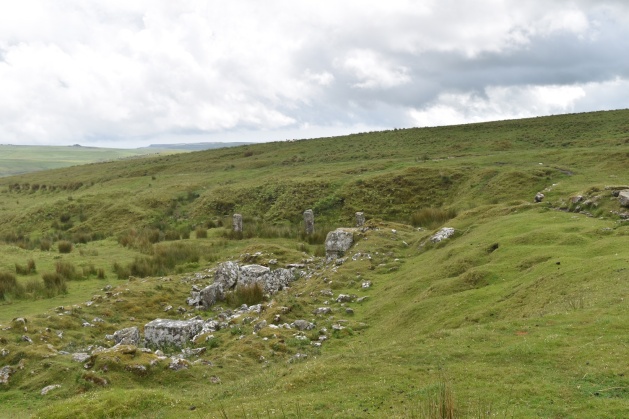 Remains of the dressing floor 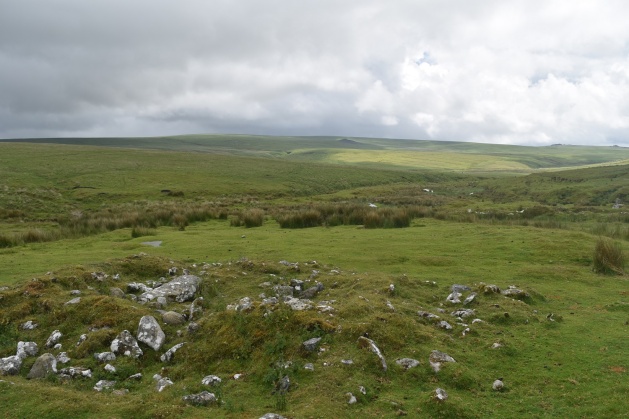 The Plym vallay ahead, water from the Plym wouold have been used to drive the tin mine 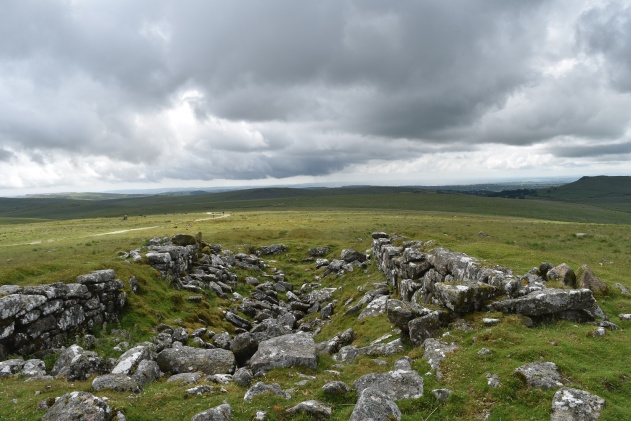 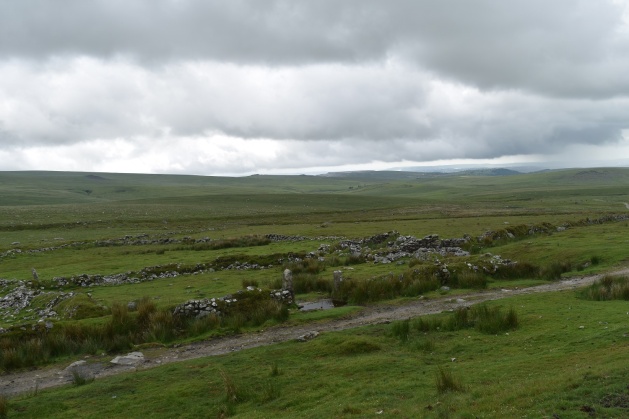 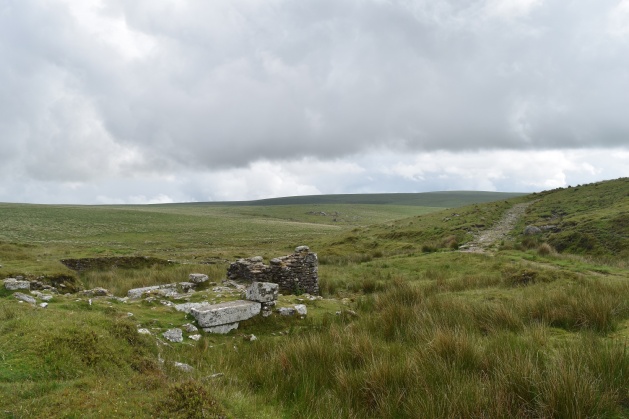