Haytor is one of the most popular tors on Dartmoor, come here in good weather on bank holidays and the place will be full of people taking advantage of one of the easiest tors to reach. Situated on the eastern side of Dartmoor there are car parks all along the road underneath Haytor with some requiring only a few hundred metres walk to reach the top. However with nearby Saddle and Rippon Tors it is easy to lengthen the walk to something more substantial. Love it or loath the crowds, you can’t deny that the rocks of Haytor are some of the most spectacular and instantly recognisable outcrops in the country. They can be seen from the A38 and from lots and lots of places on Dartmoor and always grab your attention and provide a great reference point for a walk. Come early on a crisp spring day or late on a summer’s evening to watch the sun set. You might be lucky and hardly see anyone. There are no military firing ranges in this area.

Looking back to Haytor from the path down to Holwell Tor 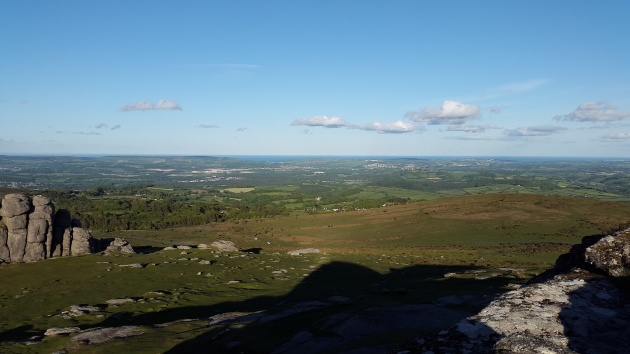 Looking to the sea at Teignmouth from Haytor

And looking across Saddle Tor to Rippon Tor from Haytor

The fantastic rocks of Haytor 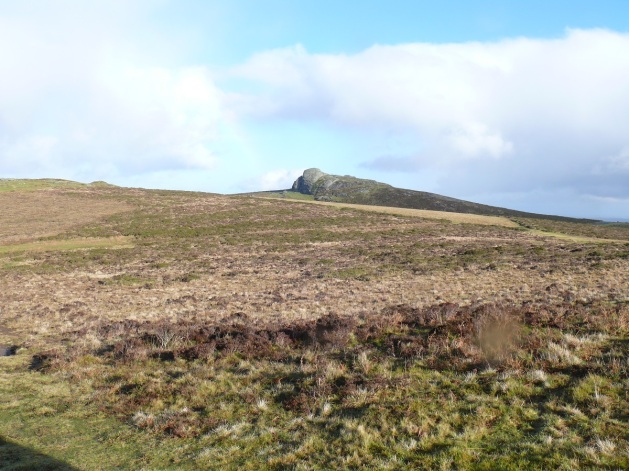