This tor sits on the north eastern side of Dartmoor, near to Chagford and Meldon Hill. The tor itself sits on the north western side of Nattadon Common as the hill drops down towards Chagford. Its a tough climb up from Chagford itself, the footpath heading between the houses and through a wood and then onto a grassy path around the common. It is easiest to follow the path to its highest point and then head to the summit and drop to the tor. As a direct assault will be through heavy bracken, making it a chore rather than a walk. The other option is to drive to its eastern side, where there is a car park and a 100 metre walk to the summit. The views are good from the tor, with Chagford and plenty of tors on the eastern side of Dartmoor in view. No military areas near here. 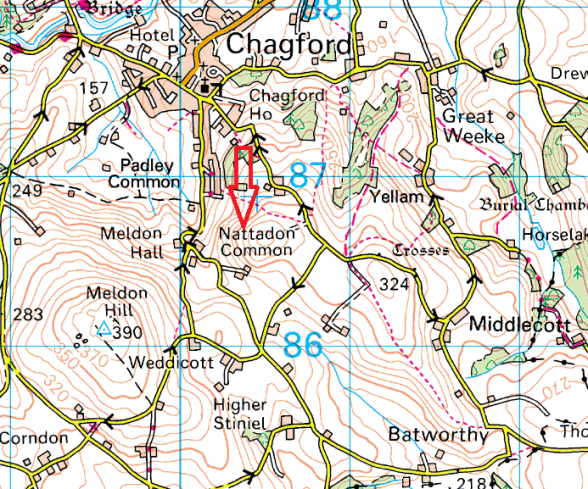 Meldon Hill to the left from Nattadon Tor

The tors around Hameldown, with Birch Tor among others in view

The summit of the common, about 40 metres from the tor