This is a decent sized rock in a horrid spot, sitting down the hill from Top Tor in the direction of Widecombe in the Moor. The area to the east of the rock is pretty boggy, covered in brash, bushes, gorse and high bracken in summer. However there is a way in which misses most of the worst of it. To the east of the rock is a path/driveway which leads to a house, this path is in public access land and off that path, about half way along is a grassy path which drops through the gorse and joins a wall. As best as you can follow that wall down, you will have to head inwards away as the hawthorn and sloe bushes block your path occasionally. However just as you are about to run out of public access land and hit a farmers field the rock appears, its the size of a large transit van so it should be easier to see but the trees around block the views. There are no views from this rock and this rock is nowhere near any military firing ranges. 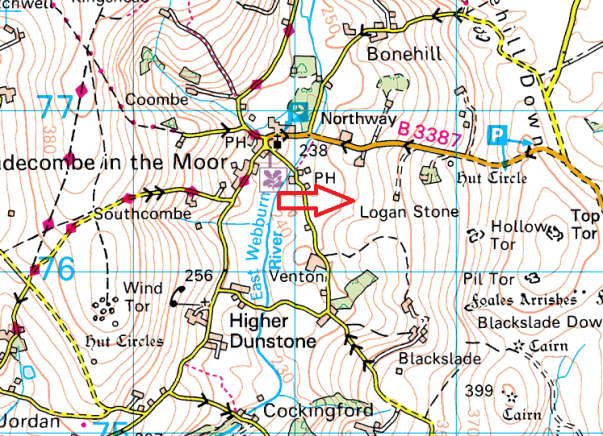 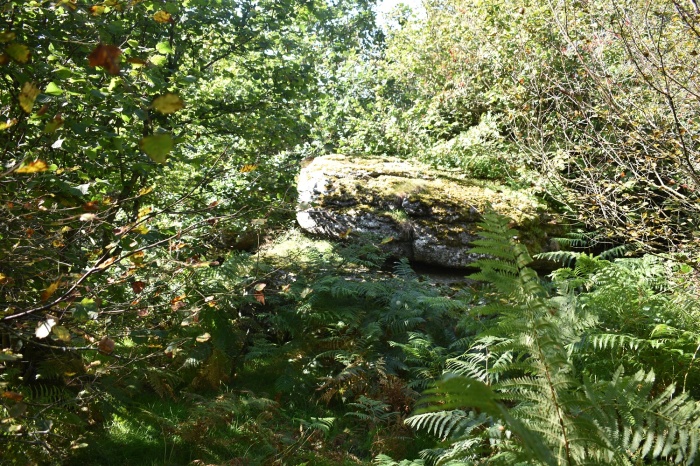 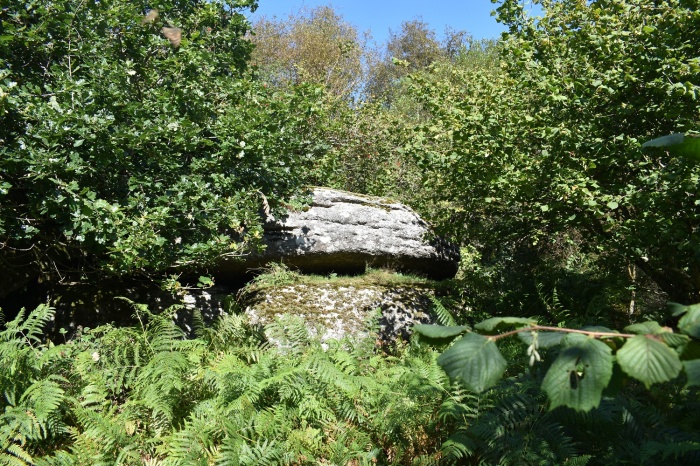 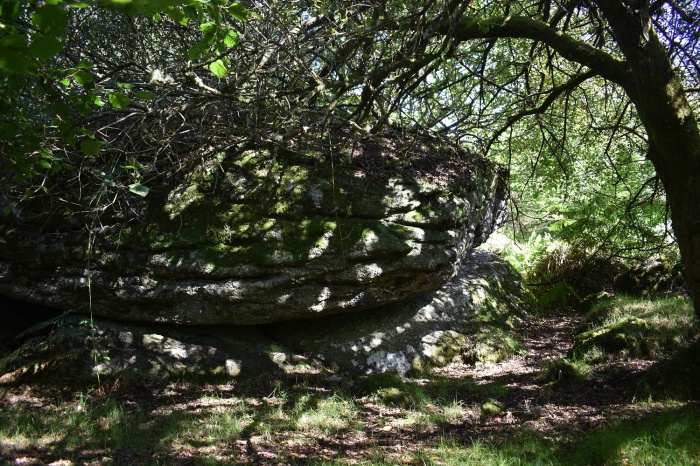 Its a fairly large rock, but in the undergrowth it can be very difficult to find