This is a 30inch army target railway track built in 1959, the track itself runs for around 450 metres with loops at each end to keep the target moving. There is a shed holding the engine and target trolleys, alongside banks used for catching bullets and protecting the trolleys. This railway sits just to the south of Rowtor, and the mound can easily be seen from its summit. Back in the 60s when this was used more extensively, a target would be placed on the trolleys and manoeuvred around the track by an engine. The soldiers would obviously shoot at the moving targets. The Willsworthy firing range and its moving targets have made this one redundant now. 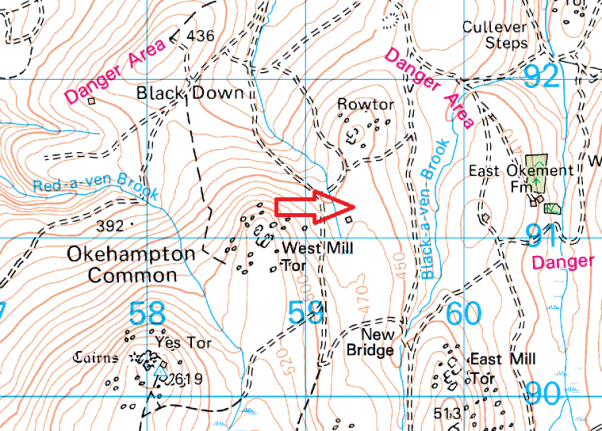 The engine shed and West Mill Tor behind

The track which runs for 450 metres

Firing mounds, the track is behind this one