This is literally a small inscribed rock at the side of the road up to Avon Dam at the junction and left turn to Avon waterworks. The Hunters Stone is a stone inscribed with the names of the Masters of the Dartmoor Foxhounds, it was commissioned by the then owner of Brentmoor House and put in place sometime in the mid to late 1800’s. There would have been 4 names on this rock according to William Crossing (1909), these were Treby, Carew, Trelawny and Bulteel, I’m guessing these guys were the big players in the hunt scene around these times. But since this date a few more initials have been added around the rock. There is nothing really in the way of views from here and this rock is just a short stroll from Shipley Bridge which makes it one for the easiest on the list to get to. No firing ranges near here. 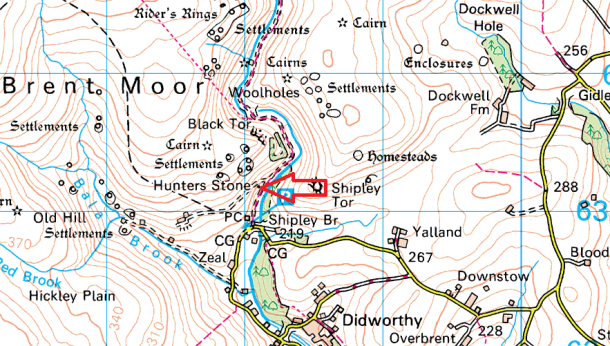 The Hunters Stone on the left 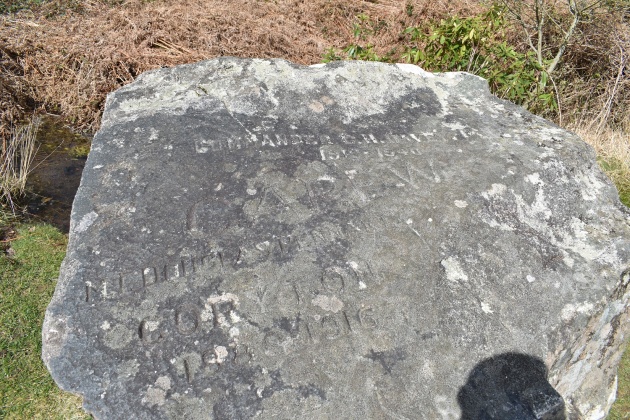 The engraved names of the Masters of the Dartmoor Foxhounds 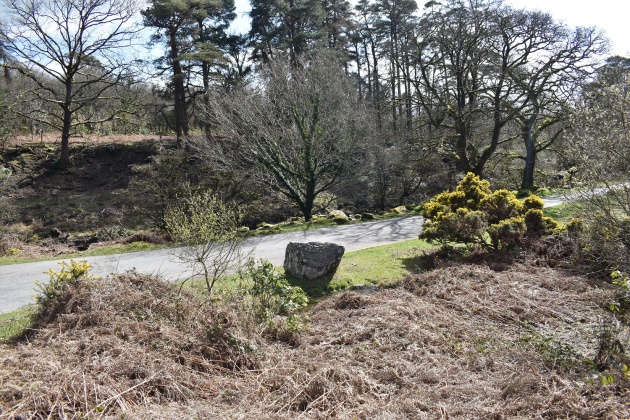