This is a wide spread outcrop of large boulders on the western bank of the Becka Brook in a wooded section just north of Saddle Tor cottage. The path on the western side reaches a circular picnic bench between two gates, you then enter woodland and see the boulders on both sides of the path and more heading up the hillside. There is also a new clapper bridge built in 2014 (Holwell Bridge) which is a couple of hundred metres north of this outcrop, so you can also approach from that direction. Being so low down and in woodland the are very few views, although you can see Little Emsworthy above and across the Becka Brook. No military ranges near here. 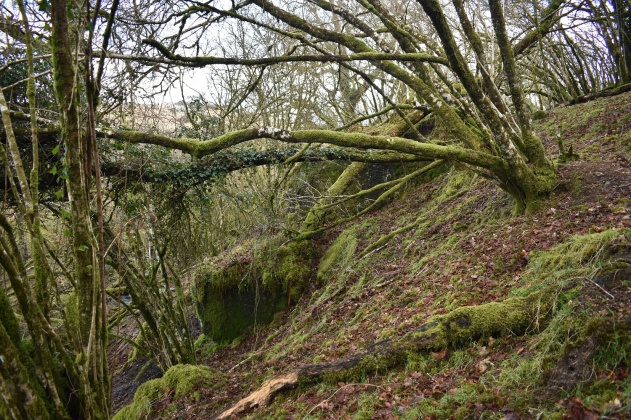 Holwell Bridge Boulders, this section is between the two paths, the main path is on the right which leads up towards Hound Tor, on the left is the Becka Brook and the path by the stream 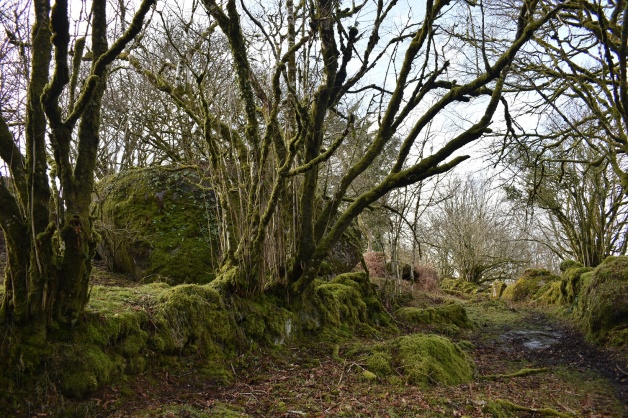 Boulders next to the main path 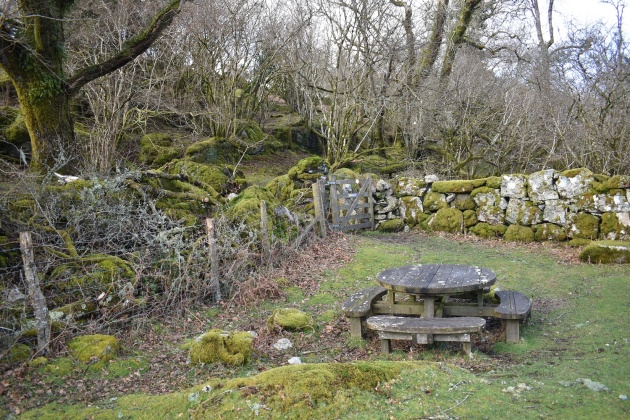 The picnic bench and Holwell Bridge Boulders in the woodland behind