I said back at the start of the year that I needed to do some more walking in Cornwall and in particular on Bodmin Moor. So Easter Sunday came and I set out for Minions. Now this isn’t a joke, there is a place on Bodmin Moor called Minions, and the signpost into the village is plastered with the little yellow creatures!! Now this has in the past annoyed the local council, who have replaced the sign, but back come the little yellow fellas! From this village though you get Cornish heritage and the tin mining trade in bucket loads, there are chimney stacks all around the area and plenty of quarries to go with them. This walk took me up to the Cheesewring, a place of some fantastic rock formations, then to Sharp Tor and Bearah Tor. Then to Kilmar Tor with probably the longest tor I’ve seen at around 600metres from one end to the other, it was vast!! Then a lovely walk along the other side of the valley and the other side of Witheybrook Marsh, a lovely quiet spot from which to admire the Cheesewring, before heading to The Hurlers and back to the car. 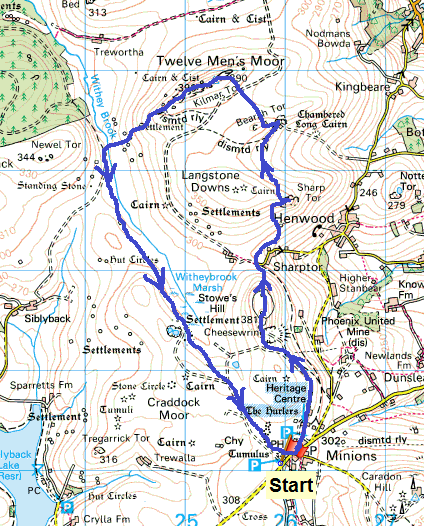 The Heritage centre is ahead, with all things mining inside

Turning around you get plenty of proof of the mining heritage, with the Caradon mast on the hill opposite 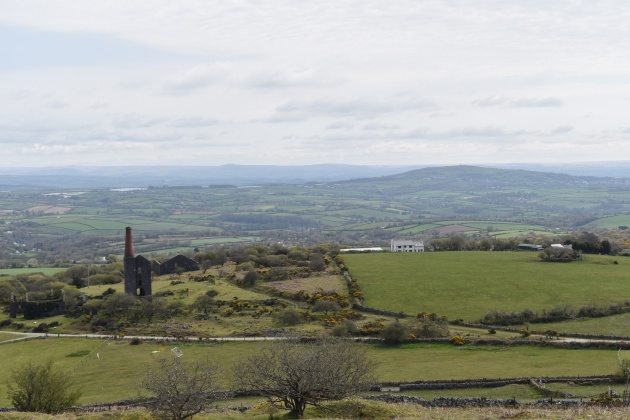 To the east is another mine, with Kit Hill over on the right 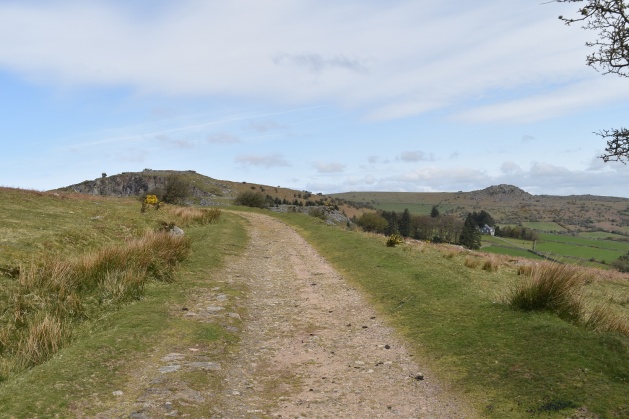 The Cheesewring is up on the left, that’s Sharp Tor my second destination on the right

At the top of the CHeesewring, the quarry below and Caradon Hill and mast beyond

The Cheesewring stones, the area was very busy (as normal). Bodmin Moor stretches out behind

More rocks on the Cheesewring, showing the weathering of the stones, the quarry opposite is on my return route 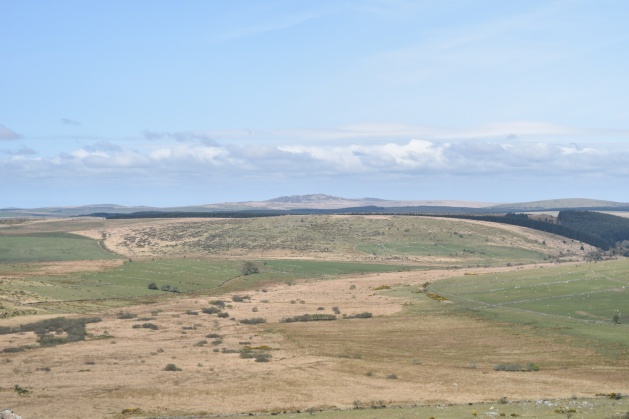 Witheybrook Marsh in the foreground, and Brown Willy (stop laughing!!) is the high point in the distance. That’s the highest point in Cornwall at around 433m

Sharp Tor from the Cheesewring

As if by magic (and 20 or so minutes walking) I’m on Sharp Tor, looking to Kilmar Tor and Bearah Tor. From here the two mix into each other. The quarry on Bearah Tor is to the right

Awesome views to the east all the way to Dartmoor

The Cheesewring from Sharp Tor, back left is Caradon Hill

Bit of zoom to Kit Hill 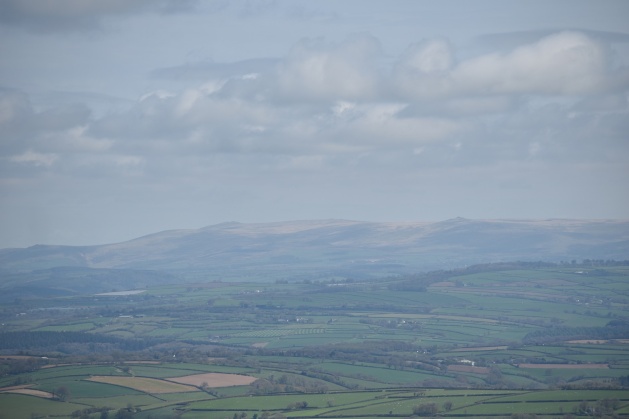 You can see the whole of the western side of Dartmoor from here. A bit of zoom brings out the high point on Dartmoor of High Willhays 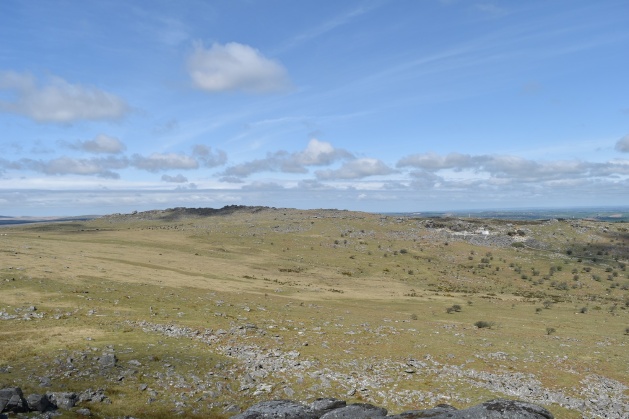 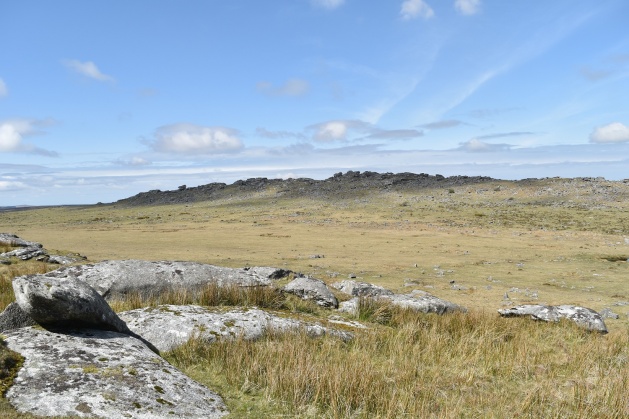 You can now see all of Kilmar Tor, a long rocky ridge of granite. Some of the stones are double decker bus sized and bigger!!

Trig point on Kilmar Tor, the lake in the distance is Siblyback

Behind Kilmar Tor, directly above the smoke in the far distance is Brown Willy

A fantastic look along the granite ridge of Kilmar Tor 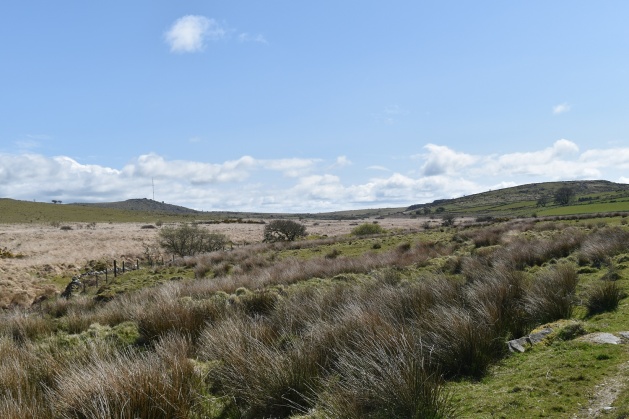 I’ve crossed the Wither Brook and am heading for the hill on the right, the Cheesewring is on the left, the valley hold Witherbrook Marsh

The Cheesewring across Witherbrook Marsh as I near the quarry

Sharp Tor left and the Cheesewring to the right, across the marsh

Now I’m not one for judging, but any place that says marsh on it tends not to be a spot that’s good for walking, this fellow is on the photo above (the wideshot across the marsh one). He’s best described as off path and was jumping and hopping around trying to get across the brook itself. If you want to locate him in the above photo, he’s pretty much bang centre of the photo, and has done well to get that far before sinking!! 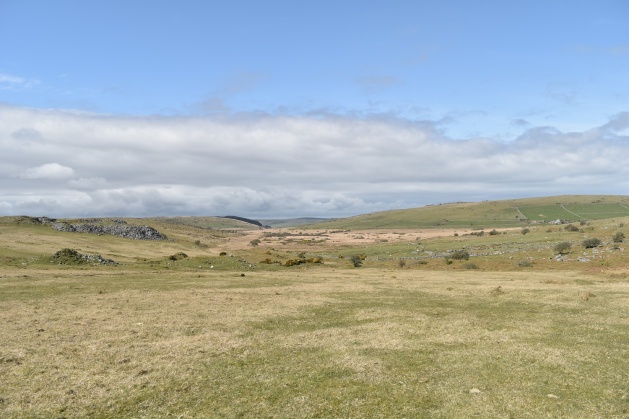 A glorious view along the valley, the quarry I’ve just walked past is on the left 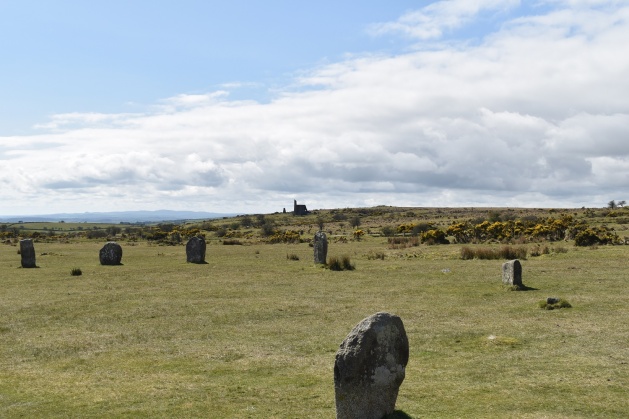 The Hurlers, said to be a number of Cornish men who were playing the Cornish hurling game on a sabbath, they were turned to stone 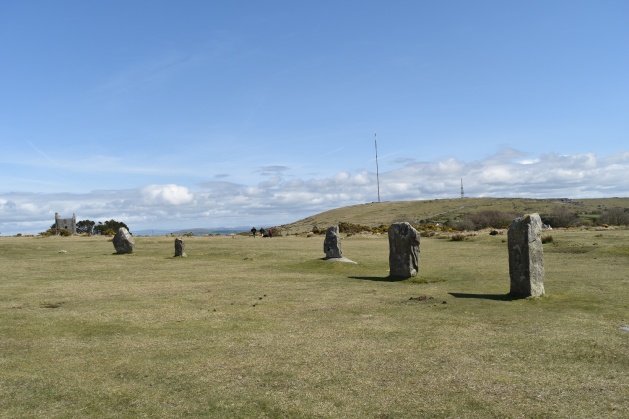 There are 3 stone rings comprising The Hurlers. Caradon mast behind

Trying my best to get all 3 stone circles in the same shot. You can just about make them out here

To give an idea of the amount of mining there was here, the edge of the hill to the left is Caradon hill. You can see a chimney coming down the hill, two in the centre and one right of shot. Showing the seam they must have found. Alongside those over there there are at least another 5 chimney stacks within half a mile of this spot