Storm Katie was due to hammer Britain this Easter weekend, however the worst of it seemed to miss the south west. The winds were brisk but not horrible, and when Sunday came and the skies had some blue in them I decided a walk was in order. Unfortunately the weather in Plymouth is not the weather on Dartmoor, even though I tried to stay as south and west as I could, I got a good soaking, 3 hailstorms and one clap of thunder that made me leap about 3 foot in the air. Thankfully the last hour was done in a cold wind and some sunshine which helped dry me out before getting in the car! To make matters worse I hit a pretty big bog on my way down near Trowlesworthy Tor which further soaked my feet, not my best day for walking. Still a couple of new tors for me and good views down to Plymouth from Shell Top. 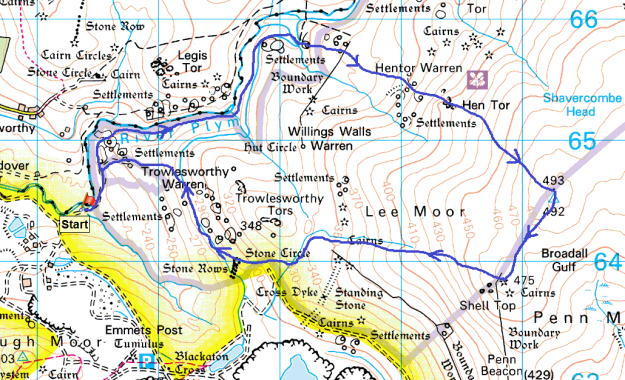 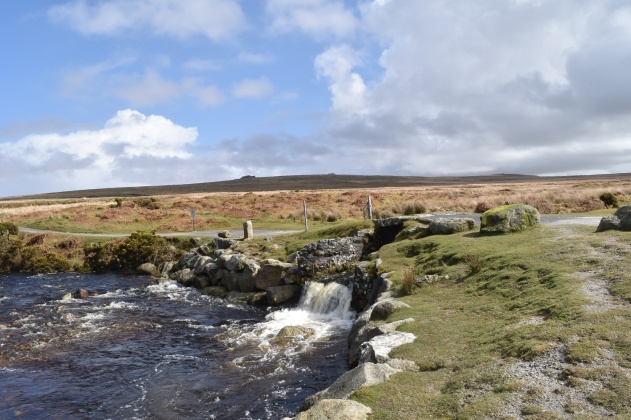 Sunny start, however 2 mins after taking this I was getting pounded by a hailstorm! Trowlesworthy Tors on the horizon 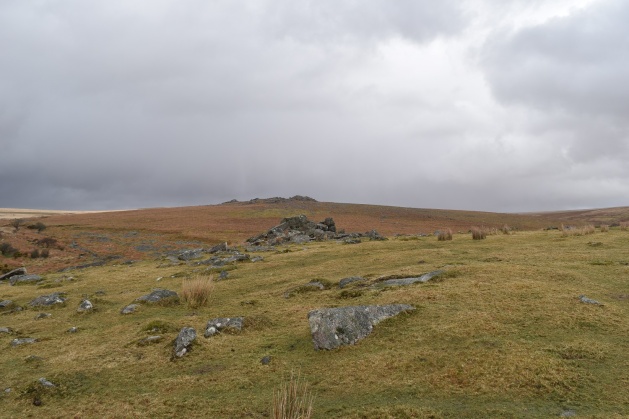 Its gone grey now as I get to my first tor, Shadyback Tor on the edge of the River Plym, Legis Tor is behind. 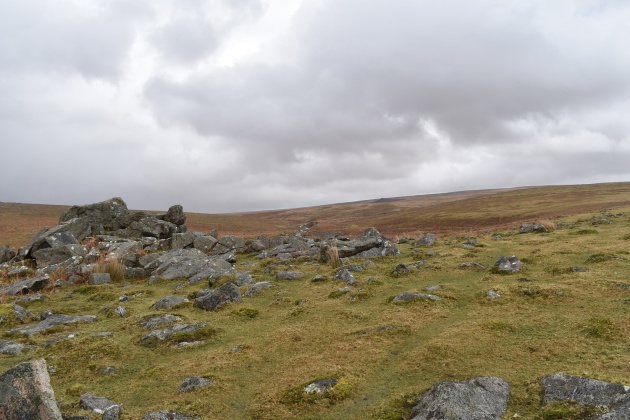 From Shadyback Tor I can see my next objective of Hen Tor, the pointy bit to the right 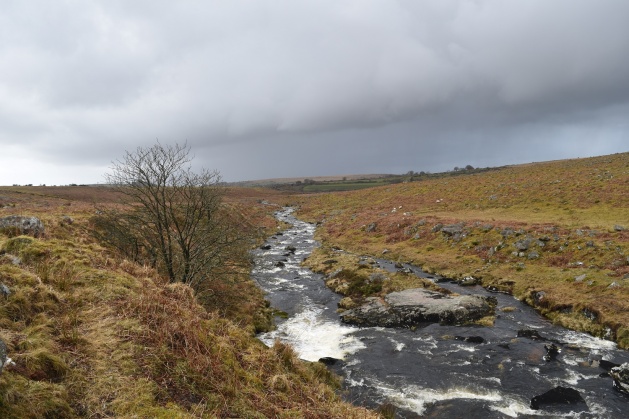 Looking back along the River Plym 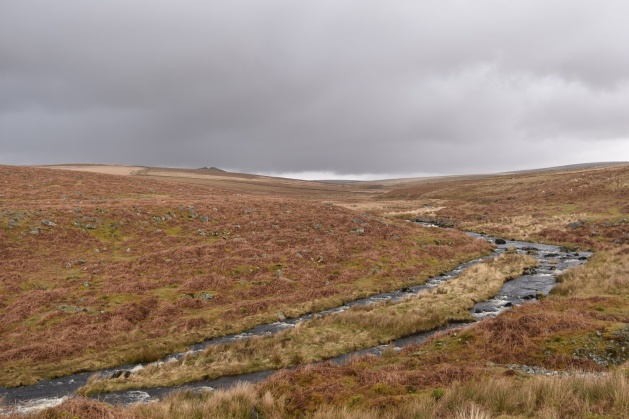 And upstream, Gutter Tor over to the left 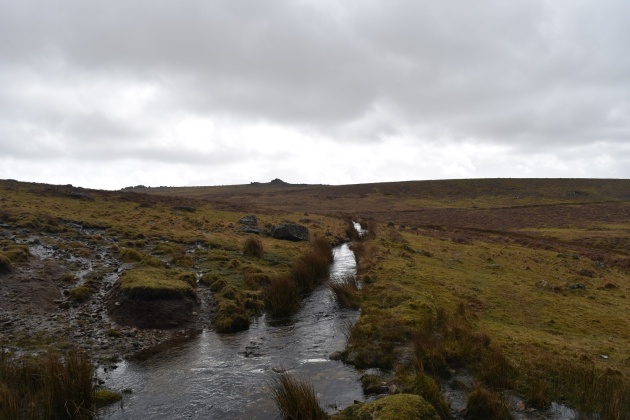 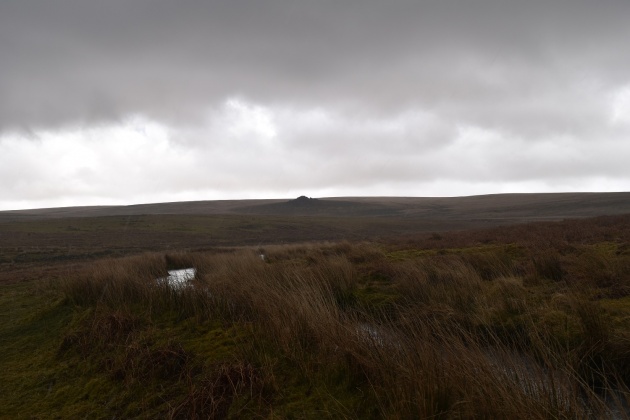 Hen Tor and a moody sky 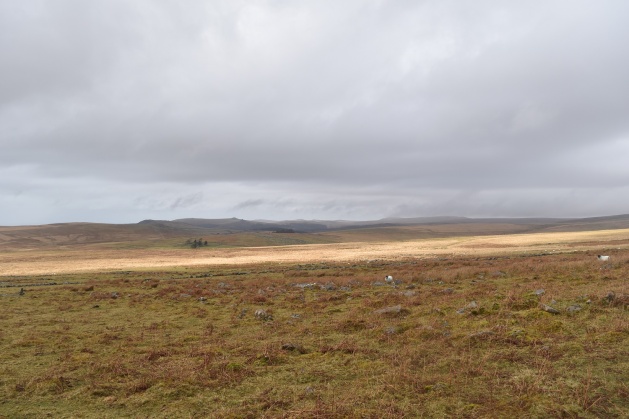 Turning round there is a flash of sun, Princetown is up in the cloud to the right 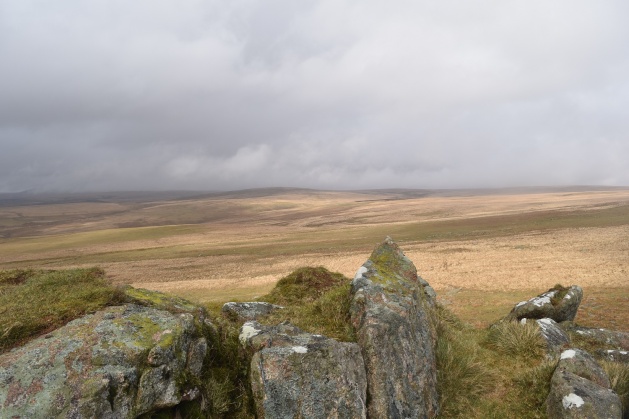 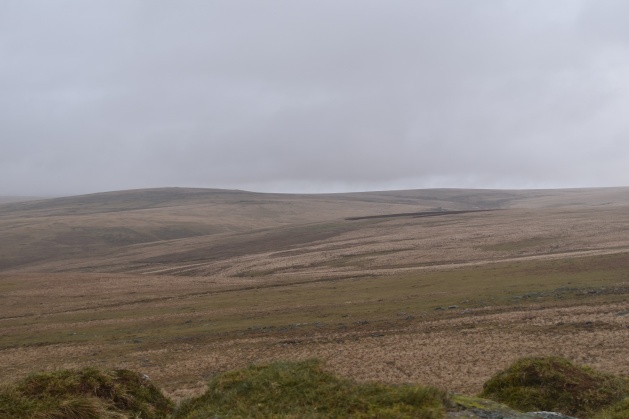 Same as the last photo but with a bit of zoom to pick out Eylesbarrow left, the dip in the distance (right centre) is the head of the River Plym 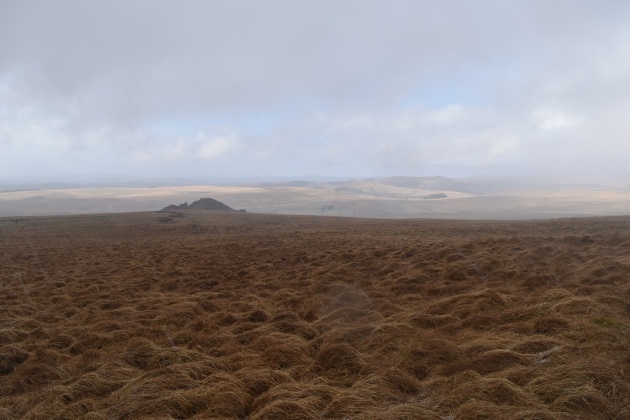 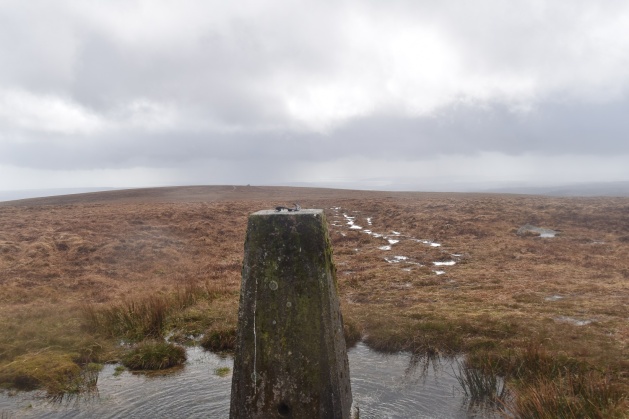 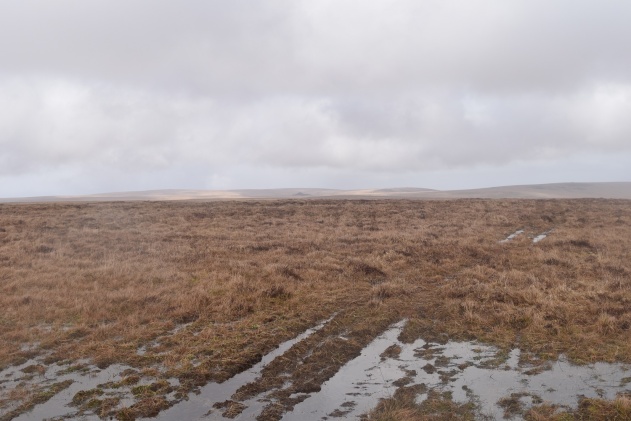 Great views to Ryders Hill from here, on the right. The dark pointy hill in the centre (distance) is Redlake 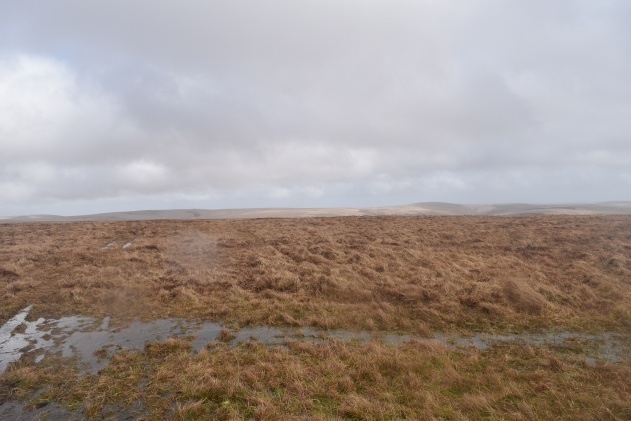 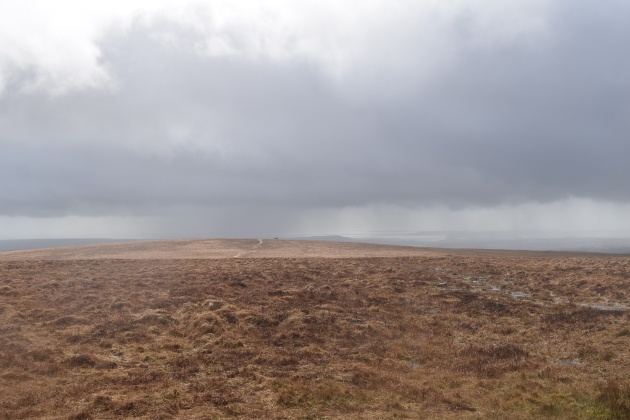 The path to Shell Top can clearly be seen 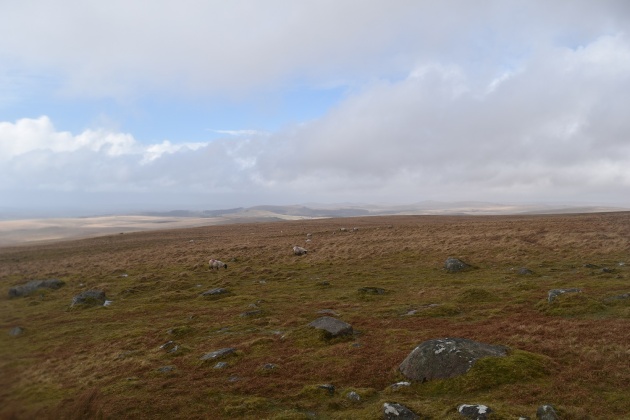 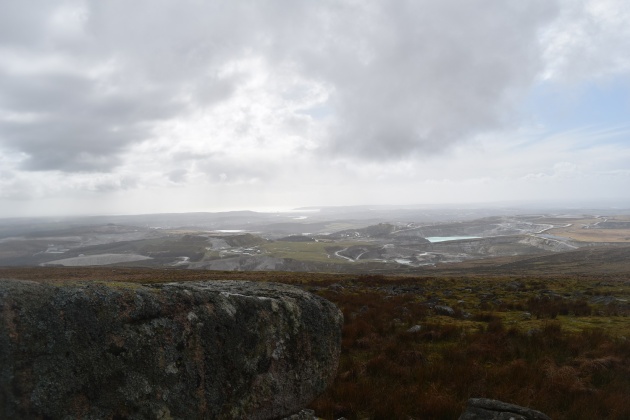 If you like man made clay pit views, then this is your place. However when I visit Shell Top I prefer looking past that to Plymouth Sound in the distance 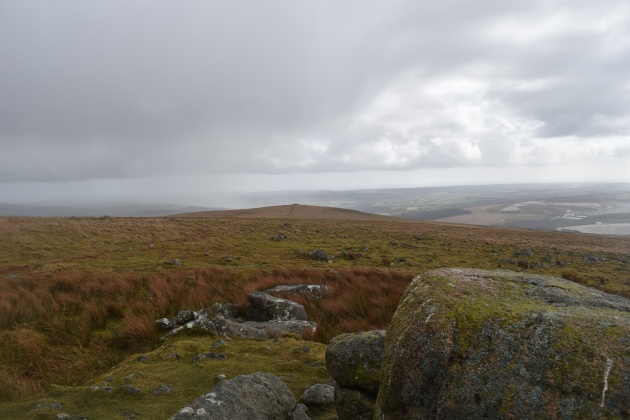 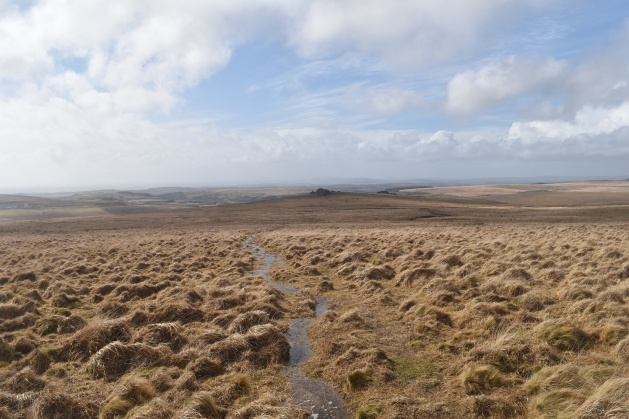 Great Trowlesworthy Tor ahead along the obvious path down from Shell Top, a bit further down however I hit a big boggy area and had to head left out of shot 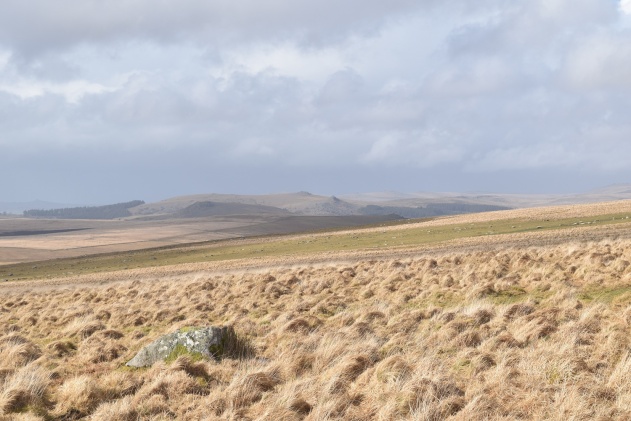 Zooming in on Leather Tor and Sharpitor to the west 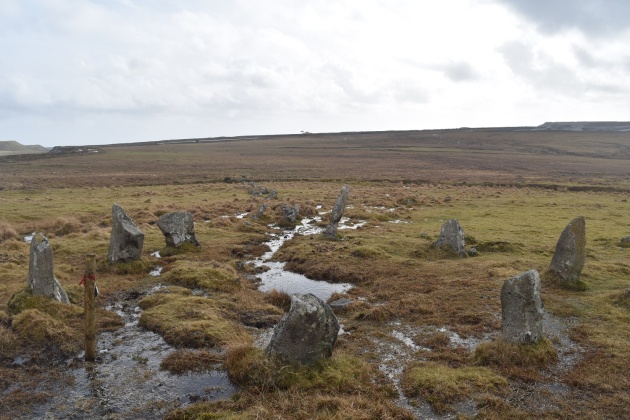 After a bigger detour than I would have liked, I reached the Trowlesworthy Stone Circle 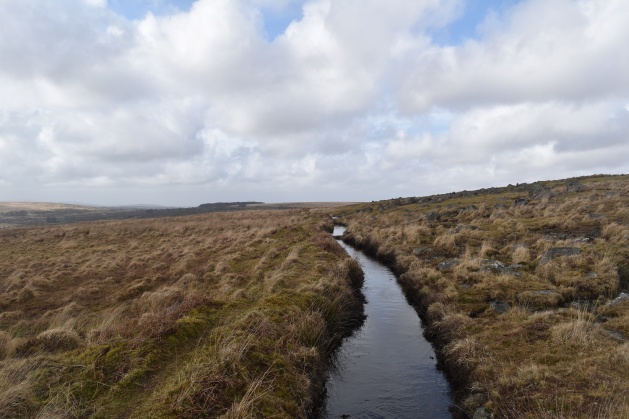