This was to be my big walk of the week and it didn’t disappoint. I’d neglected the Far Eastern Wainwrights during the 80 odd I’d done so far and decided this holiday to put that right. I’d fashioned two walks of 5 and 7 fells each, one that took in Steel Fell, Wether Hill, Loadpot Hill, Arthurs Pike and Bonscale Pike, with another that went around Brock Crags, The Nab, Rest Dodd, Rampsgill Head, High Raise, Kidsty Pike and The Knott. I’d plumped for the latter walk however once on the fells, I realised I’d spent too long in bed this morning and too long taking photos of inversions on the way to Hartsop!! This meant that Kidsty Pike and High Raise will need to wait until I go up High Street, plus my legs weren’t quite ready for the steep ascents of Brock Crags and Rest Dodd and they then failed me when trying to get to Rampsgill Head, meaning lots of stops and snacks!! Still the weather was as good as I’ve had in the Lakes, the views were crisp and the noise of the deer rut an ever present sound throughout. The sight of a hundred deer running 100 metres from me across The Nab is one I’ll remember for a while. I’m heading back next year for sure.

Having driven through an inversion over Ullswater I arrived at Hartsop. Here I’m looking back along the path to another smaller inversion over Brothers Water

Threshwaite Mouth at the far end, Caudale Moor on the right and Thornthwaite Crag left. The fields nearer are part of Pasture Bottom (snigger!!)

The dark shadow on Grey Crag right and The Knott in the sunshine, that’s my last fell today 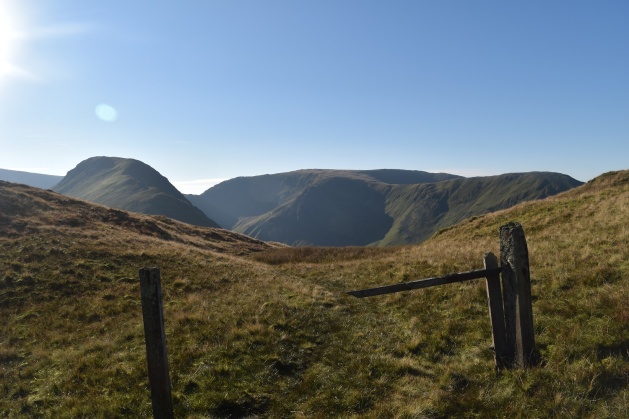 Blimey, that was hard work up the zigzag from Hayeswater Gill. I’m at the pointless gate looking to Grey Crag on the left and Caudale Moor to the right

The cloud is still lingering over Ullswater. The village of Glenridding just visible to the left of the cloud

Angle Tarn and the Angletarn Pikes 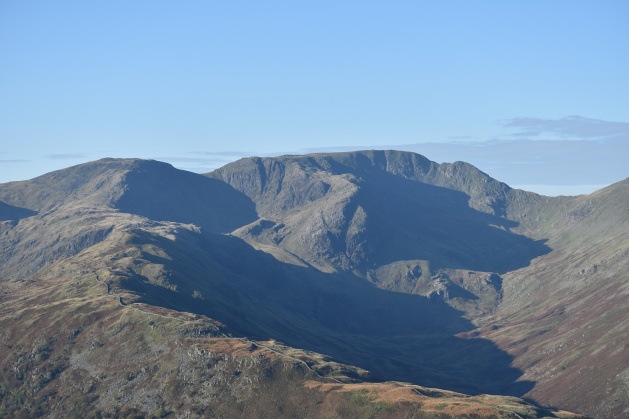 A bit of zoom brings out the flat topped Fairfield and Hart Crag to the left, the weather was fantastic at this point with dozens of fells in clear view

Below me a group of deer were warming up for the day, behind me I’d heard the rut and the stags announcing their presence for the last hour, little did I know at this time that I’d get better views of the herds.

Having passed Satura Crag I get this view along Bannerdale with The Nab in sun on the right hand side, that’s my next objective. The inversion over Ullswater is in the distance behind Beda Fell 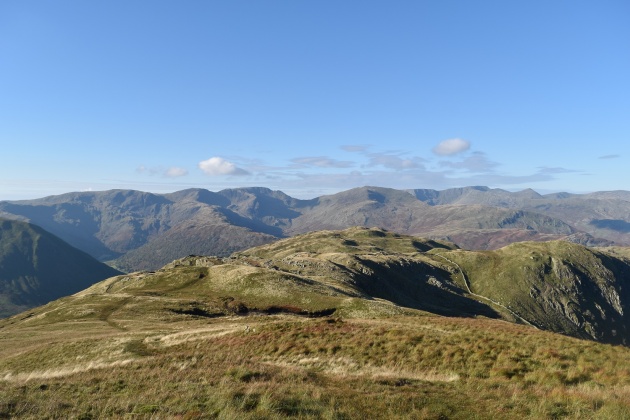 Looking back to Brock Crags with that backdrop of Eastern Fells 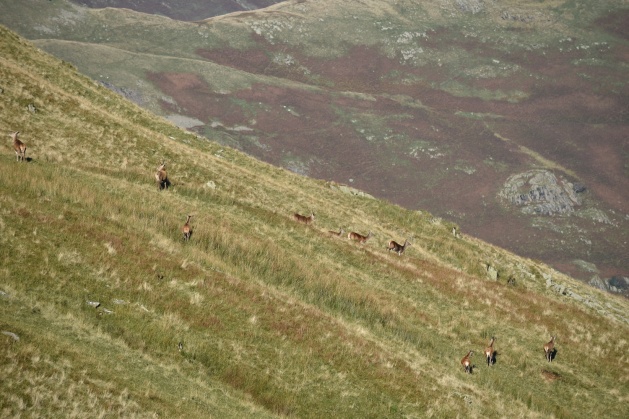 Another herd of deer on the side of Angletarn Pikes 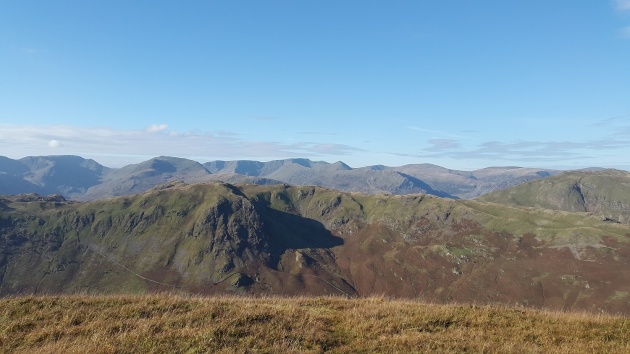 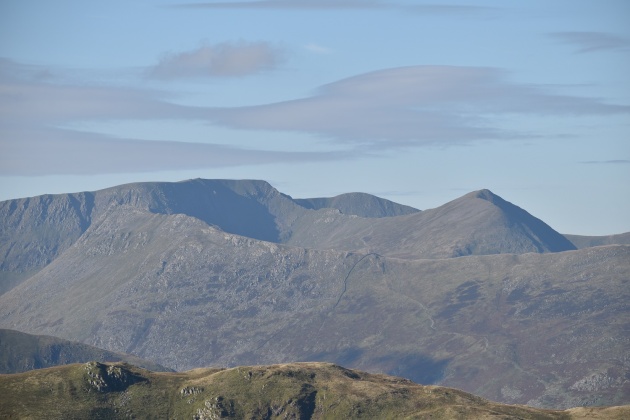 On The Nab you get a great view of Helvellyn and its surrounding edges. Striding Edge runs from right to left across the middle of the photo, with Catstycam the pointy fell 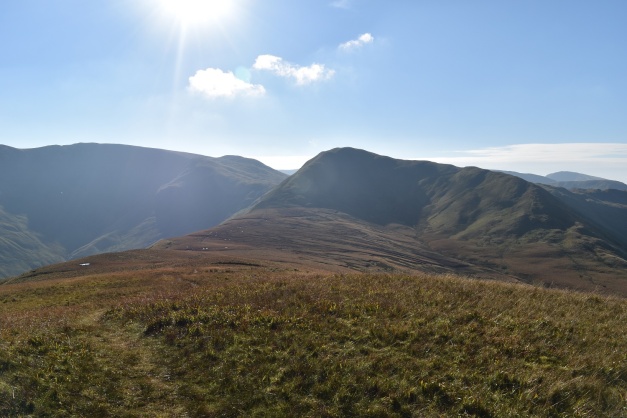 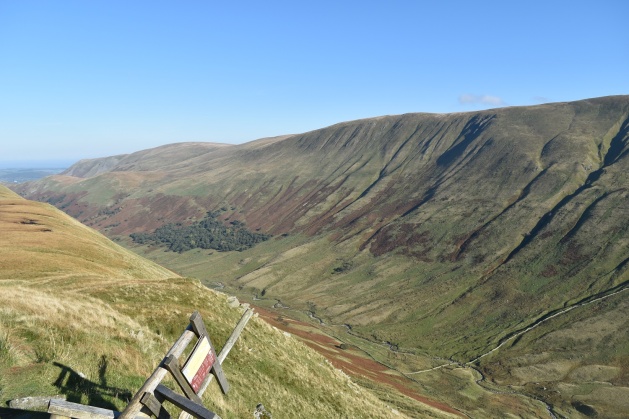 I’m at the bottom of Rest Dodd here, looking down to Rampsgill. Wether Hill opposite

The Nab from the same spot, the brown areas are the peat hags 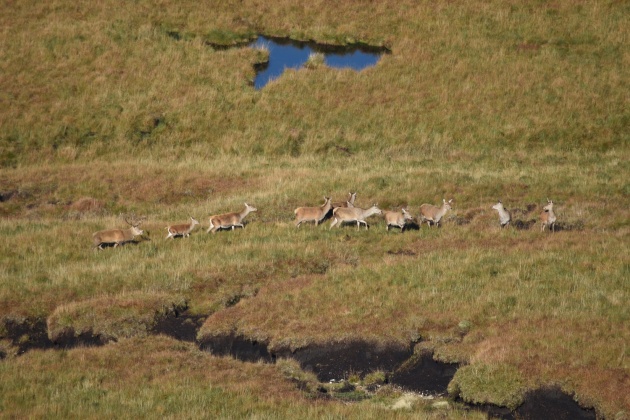 I then spotted some deer running across The Nab below me, I counted to 70 and gave up!! 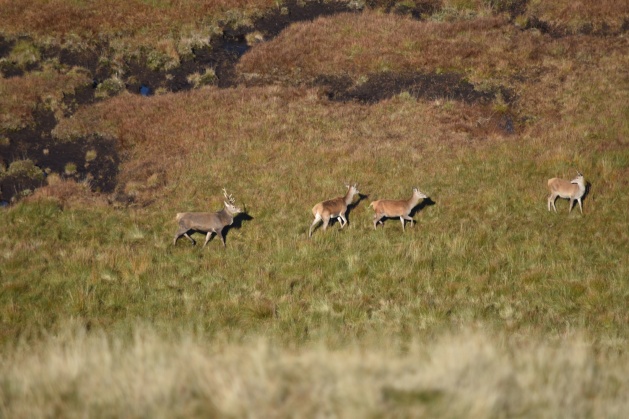 The stag at the back of the herd was making sure everyone around knew he was boss! The noise of the rut was an ever constant and a glorious sound.

Rampsgill Head with the Knott to the right. Cloud builds behind High Street

The Eastern Fells from Rest Dodd, to this point the weather had been picture perfect 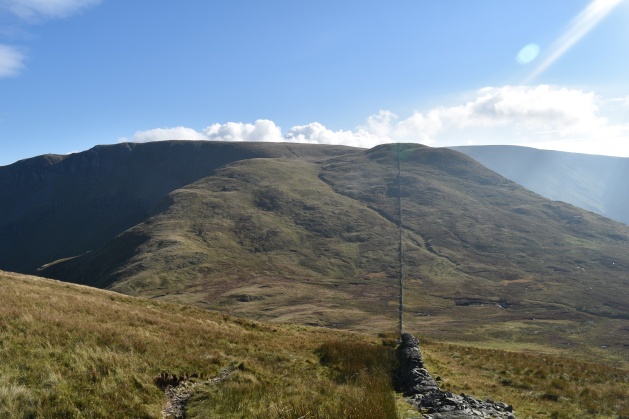 The wall the joins Rest Dodd to The Knott, I am heading over to the left though to keep the view down into Ramps Gill

My legs were a bit tired at this point so I sat here eating some lunch looking at the cloud building over Fairfield and………….

…….with this fantastic view down into Ramps Gill. The Nab to the left and the Wether Hill ridge to the right 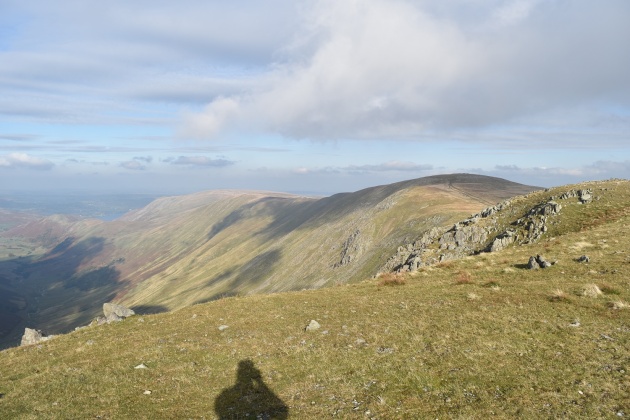 High Raise (Mardale) from Rampsgill Head, however I’d decided that I’d cut the walk short to ensure I got back to the car in good daylight as it was around 2pm at this point 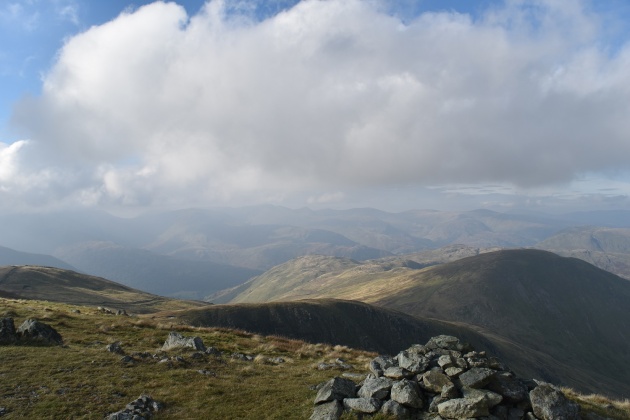 Shafts of sunlight pierce the clouds over High Street

Kidsty Pike, only a ten minute walk away from Rampsgill Head, however I’d decided at this point to include it in a walk with High Raise and High Street so it wasn’t for today 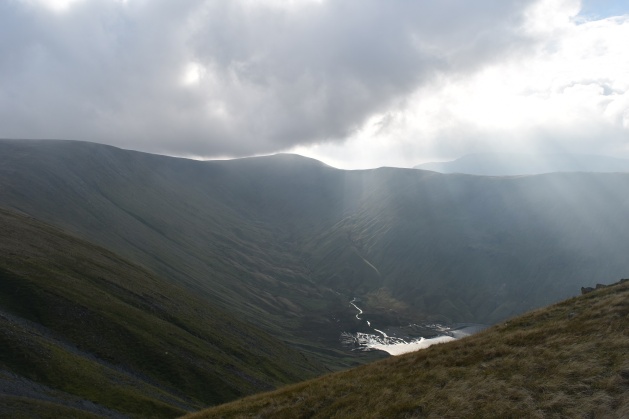 Rest Dodd and The Nab (in the sun) from The Knott 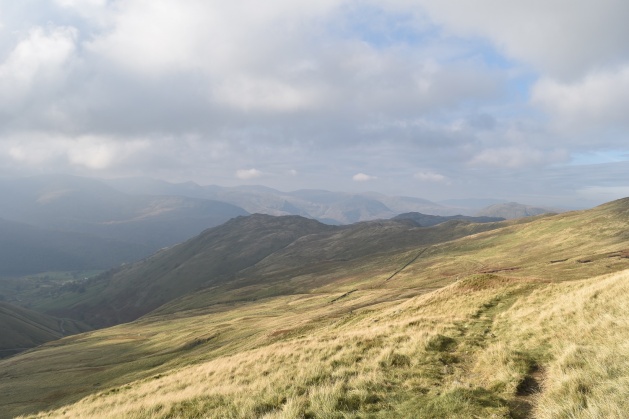 I pick up part of the coast to coast route on the way down from The Knott, here looking across to Brock Crags, my first fell today 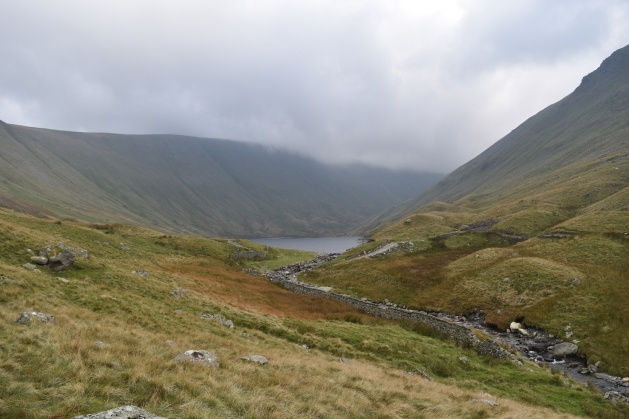