I’ve been pretty busy recently, that’s not to say I haven’t been out, far from it. Its the updating of the site that has got left behind, 3 weeks since my last post!! I’ve finally got round to posting this walk from the first week in September and it was a cracker. 11 miles, some good paths and tracks, some pathless trudging, and some boggy areas. All that’s good about Dartmoor. I really like this area on the south moor, the parts around Avon Dam can be busy however another mile further on and you’ll see very few people. On this walk I saw two cyclists at Shipley Bridge and then no one until I descended to the reservoir near the end, then about a dozen people on the path back to the bridge. It was a first visit to the Staldon Stone Row and Green Hill for me, both feel very isolated and are very quiet. The last time I was at Redlake there was snow and it was early 2015, so it was nice to be back. Hopefully my next post will be quicker than the 3 weeks this one has taken me!

There are some decent waterfall at the start of this walk along the River Avon, with a fair bit of rain the night before they were looking good

The ruined Brentmoor House, just after here I turn off left and up to Black Tor

Looking the other way to Three Barrows

Below Black Tor is the River Avon cutting through the valley, I’ll be walking back along the valley road later 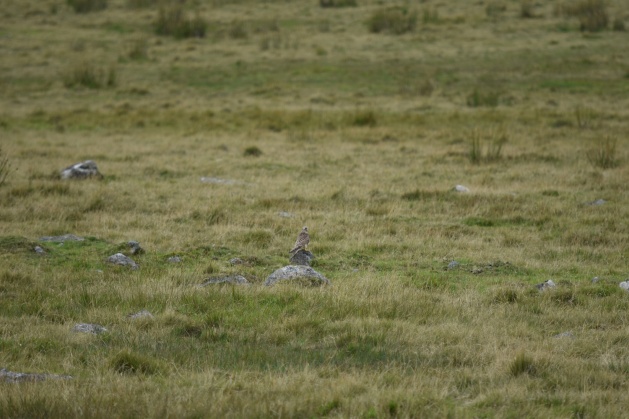 This fellow was all over the sky above me then dropped and landed, Kestrel or Buzzard?? Going for the former as it was small ish. 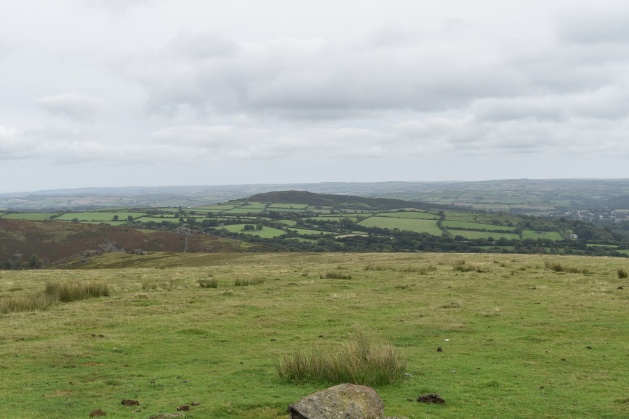 Eastern White Barrow ahead and its unmistakable ‘submarine’ cairn

The Avon Valley from Eastern White Barrow, you can just make out Redlake (pyramid shape middle left of photo), with North Hessary Tor way in the distance

Bit of zoom brings it out better as it blends in, North Hessary Tor and the mast at Princetown, with Great Mis Tor to the right in the distance 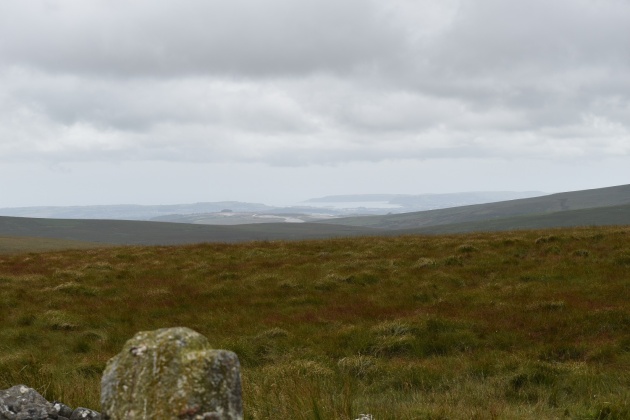 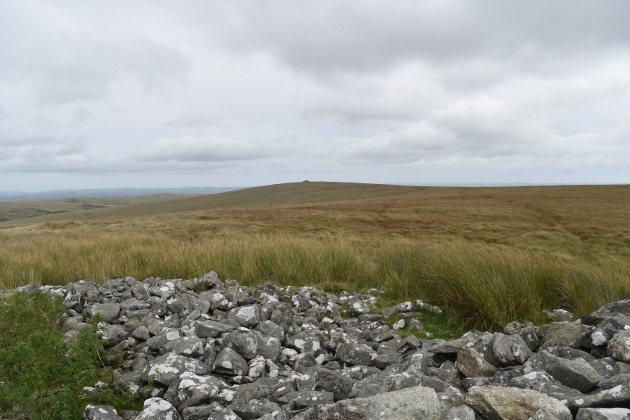 Looking back to Eastern White Barrow

That’s Huntingdon Warren in the centre, Pupers Hill on the right. i’ll be on both of those later as well

Settling tanks for clay from Redlake, on Quickbeam Hill. Plymouth again in the distance

I followed a good path down to Redlake Ford, before losing it for a mile before reaching the Staldon Stone Row, which runs for more than two miles up to Green Hill. Said to be the longest stone row in the world 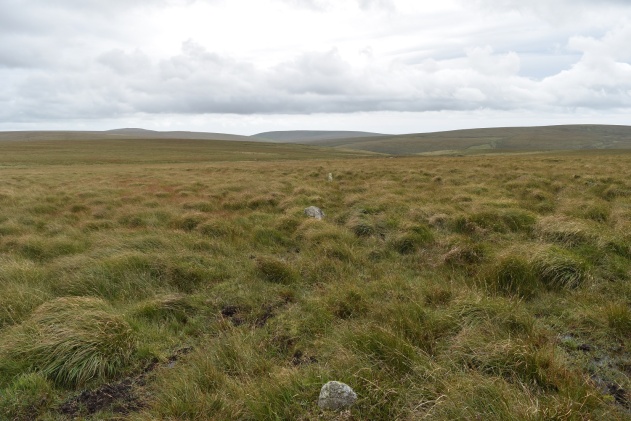 Stall Moor over on the right is the starting place for this stone row, here the stones are more spaced out than the are further south. The grass is also longer and tougher to walk through 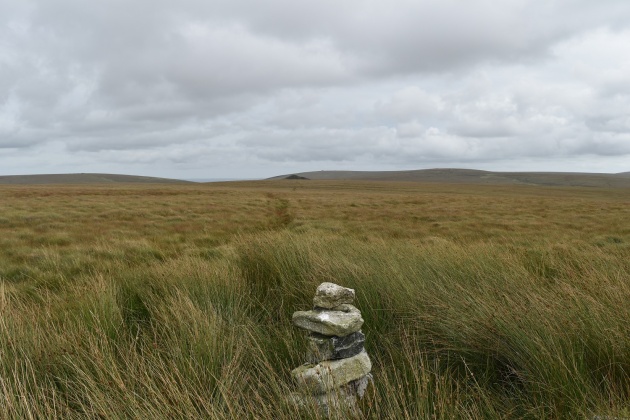 The stone row finishes at the cairn on Green Hill, here Redlake can be seen peeking up and that’s the path I will follow to it, across these parts are some pretty bad bogs, so its important to stick to the paths 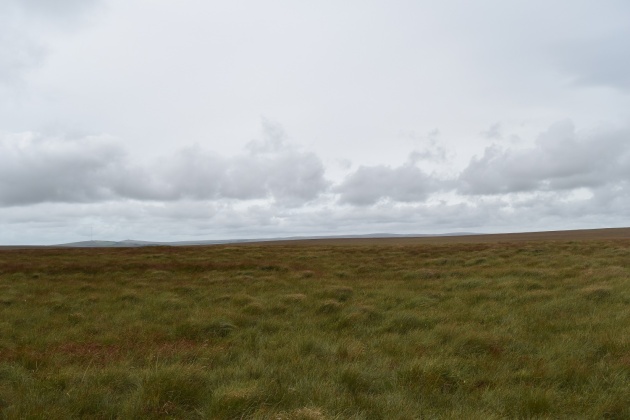 I’m at Redlake and sat atop the mound. Avon Reservoir can just be seen in the distance, with Eastern White Barrow up to the right of it 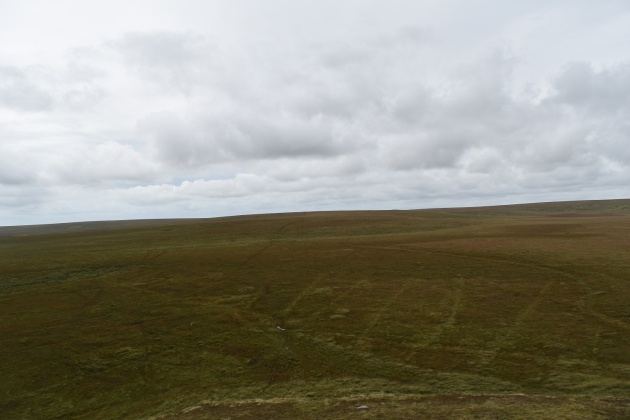 Not much in the way of definition to Green Hill from Redlake!! Looks pretty flat. The path is the dark line leading away

The path to Ryders Hill is more obvious 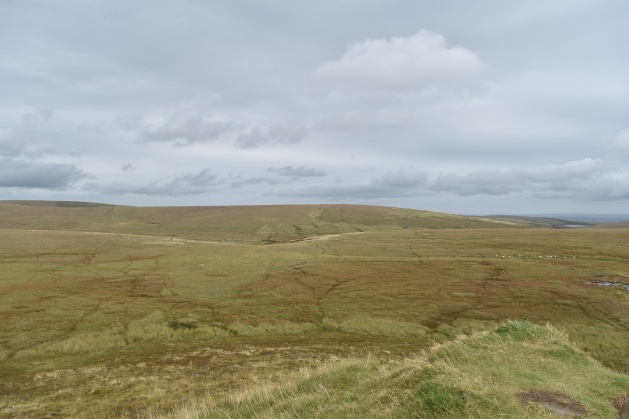 I’m going this way though, to the dip in the centre of photo, which is where Broad Falls are, then up the hill behind, which is Huntingdon Warren

Looking back to Broad Falls, I managed to cross over those bigger boulders down there

Looking to my next target, Pupers Hill from Huntingdon Warren

Lovely views to Avon Reservoir from here, Eastern White Barrow up to the right 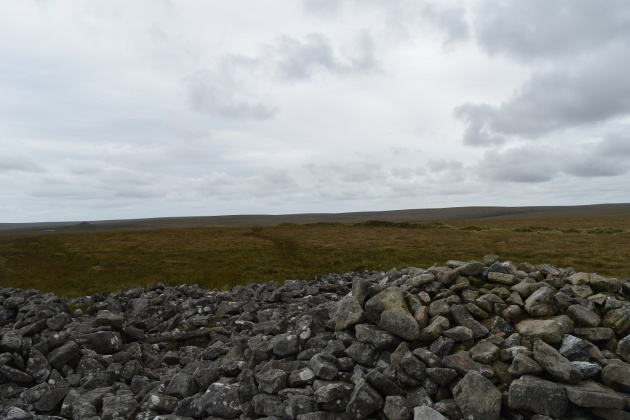 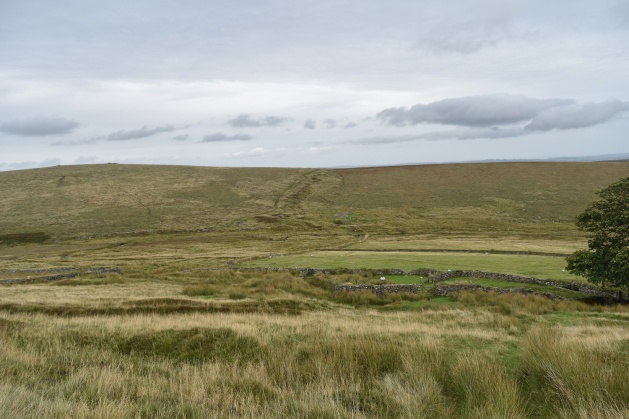 Down the hill, past what would have been an old farmstead then up to Pupers Hill

Pupers Hill (some of the best views of the day), here looking across to Hameldown and eastern Dartmoor 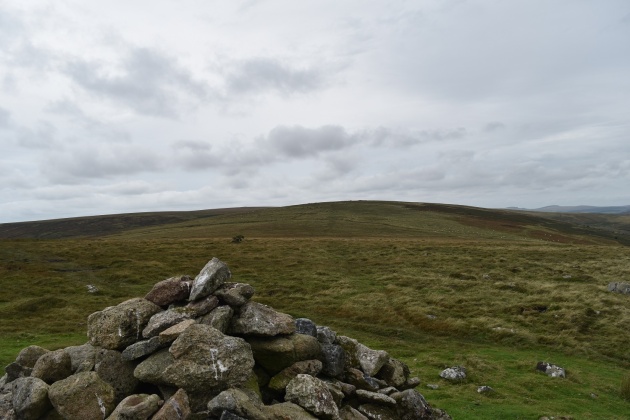 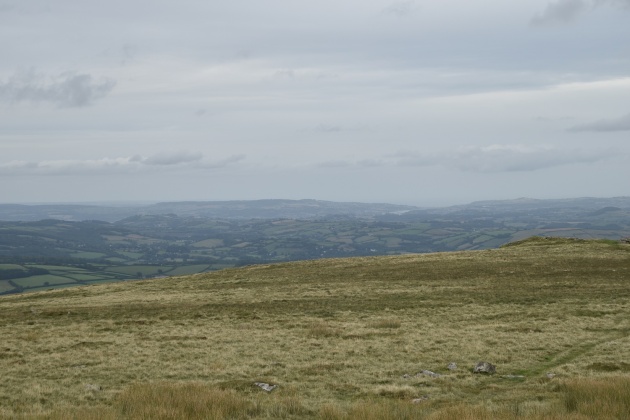 Teignmouth can be seen from here with a bit of zoom 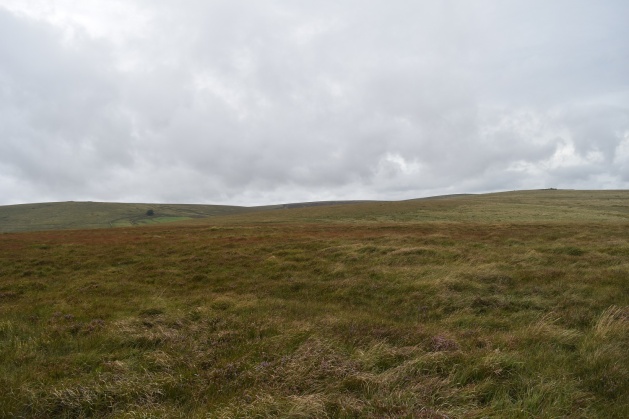 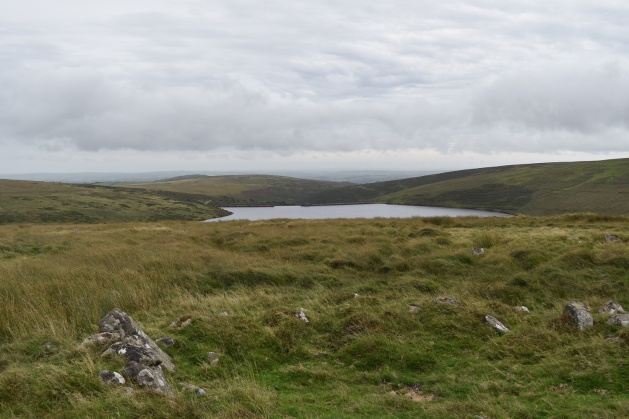 This is probably the first time I’ve seen water pouring over the top of the dam, the reservoir was full for once

More cascades on the River Avon as I reach the car