Another in this years’ series of coastal walks, this one however is a lot harder than last weeks’ walk from Polperro to Polruan. Even though the distance last week was much further, the terrain here is a lot tougher, much more up and down. The start was again along country lanes, very little traffic but lots and lots of butterflies. In all I saw at least 8 different types on this walk, managing to get a picture of 7 of them, some of them not great photos, but I’m not the best with things that move. The start of my coastal path section, this time, was Kingswear, the start of the path away from Kingswear is within woodlands for a fair stretch, pretty much all the way to the Lookout station at Inner Froward Point, but after that it really opens up until you get to the National Trust site at Coleton Fishacre. After that the path is high on the cliffs with views down to the beaches at Scabbacombe. The only issue with these views is it means steep drops and then steep climbs that follow, by the time I reached Man Sands I was pretty tired. I had planned on carrying on to Sharkham Point but looking at the climb after Man Sands made my mind up. That’s for another day.

My parking spot showing the initial walking area around here, there is a nice circular which goes down to Man Sands, along to Scabbacombe Beach, up to the car park above that beach and then back along the lanes to here. However I’m heading a bit further, firstly towards Kingswear

Woodhuish Farm, this would have been the cider making barn

Shame there isn’t any product here, however if there was I might not have walked much further!

Plenty of farmland as I walk the lanes

What was apparent was the amount of butterflies here. I’m guessing July is a strong month for them. This one is a Small White I think 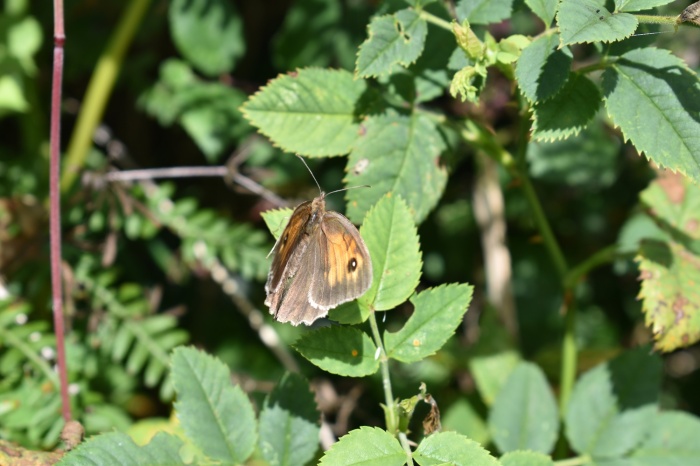 Lots of these guys, a Meadow Brown

This one was very skittish and wouldn’t sit still. This is a Comma

Another lively butterfly. A Peacock taking off

A classic Red Admiral, all these butterflies photos were taken within about 100 metres of each other. I had a choice of hundreds of the Meadow Browns and Small Whites

A better view of the Dart estuary and also of the Britannia Royal Naval College, some esteemed people have been trained here as a Naval officer including King George V, Prince Phillip, Prince Charles and King Juan Carlos of Spain. The college is also the second largest consumer of Pimms!!

I’m in Kingswear now, the lower road is normally the start of the coastal path, so I need to go down these steps. However after going all the way down I found out that the road left at the bottom was closed, which meant a huff and puff back up. A simple road on my left here takes you to the same spot and saves the legs! 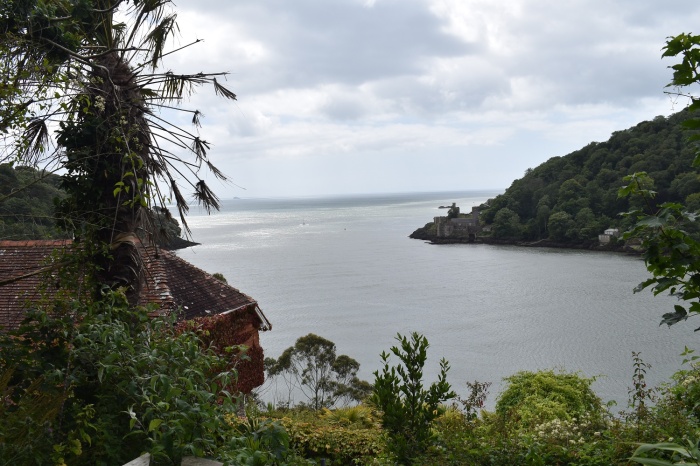 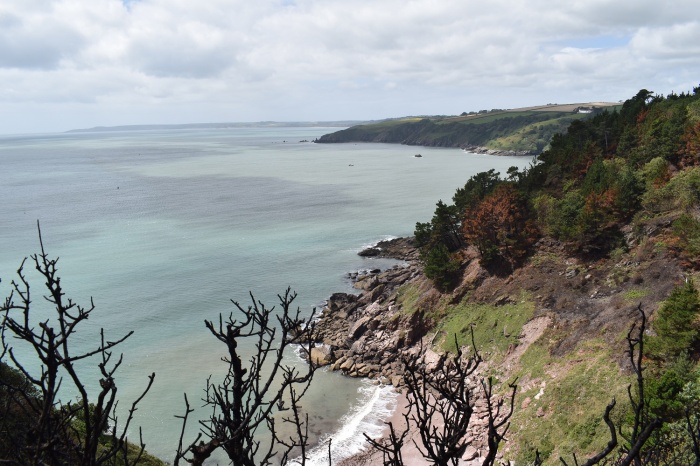 I’d heard about a fire back in April/May time around this area, but it was much worse than I thought, lots of damage to the Scots Pines here and the gorse. Caused by the extra dry weather a couple of months ago and possibly some glass or something similar. The smell of the burning wood is still strong in this area.

I’m now at Inner Froward Point, which was a WW2 battery point, covering the whole of this bay. That’s Start Point away on the left hand side across the sea. 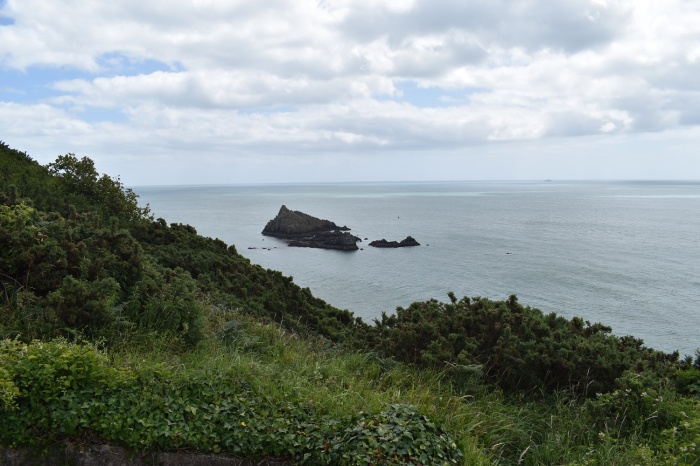 The Mew Stone is below, a haven for birds 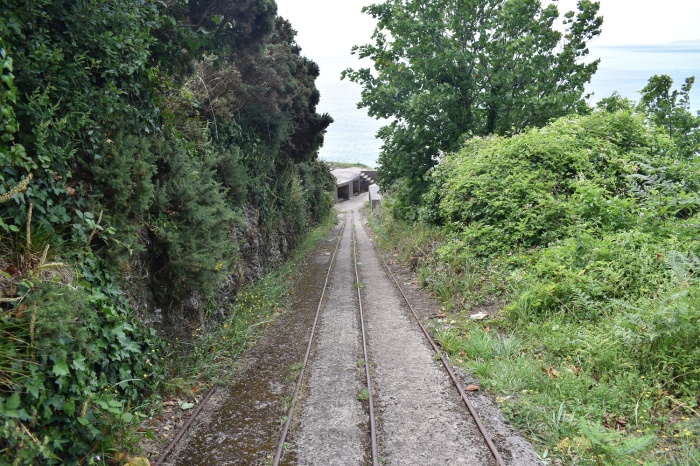 The photo above is of the higher gun position, this is a track which took the heavy shells down to the lower gun position. The guns covered 14 miles so had plenty of range across the bay

A place for a coffee and a lookout towards Start Point, I was over there with the boys a few weeks ago 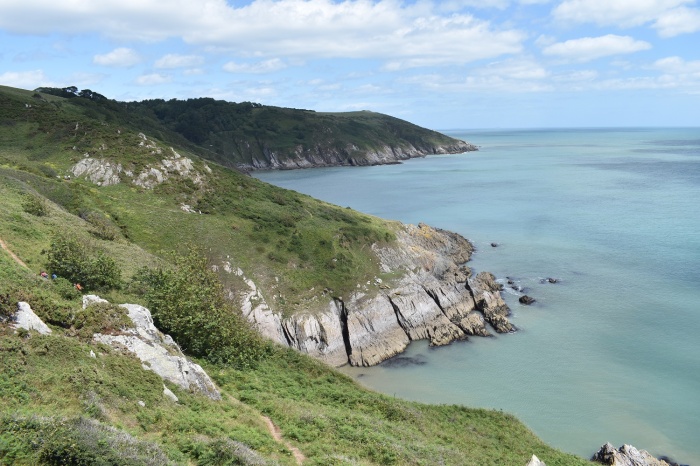 This is Outer Froward Point, below me I could hear a seal barking away, then all of a sudden I saw it, a large black male seal which disappeared before I could get my camera out 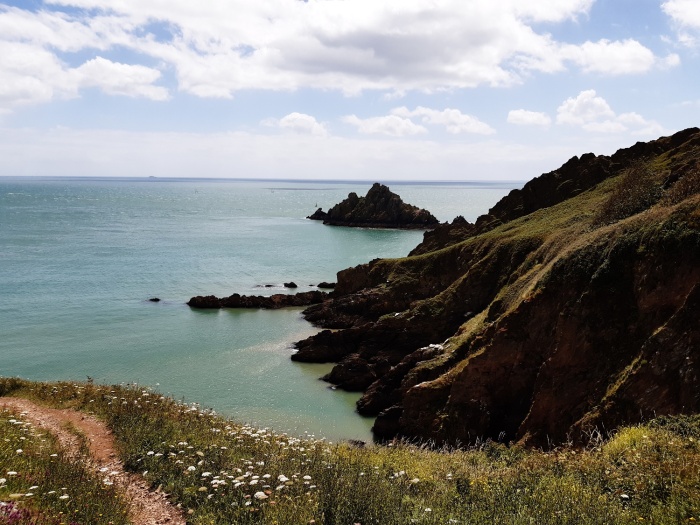 I’d walked around to this point and could see a guy with a camera sat on the lower rocks above the seals watching them, there was a couple sat to my left here who confirmed it was a seal with young hidden away nice and safe, they were making a racket so everyone could hear them

Now around this part there were more butterflies, lots and lots of them. More of what I’ve already shown and then this fella a Marbled White 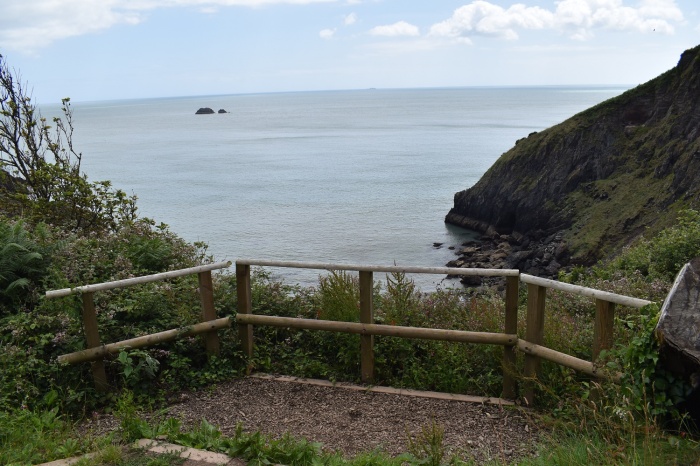 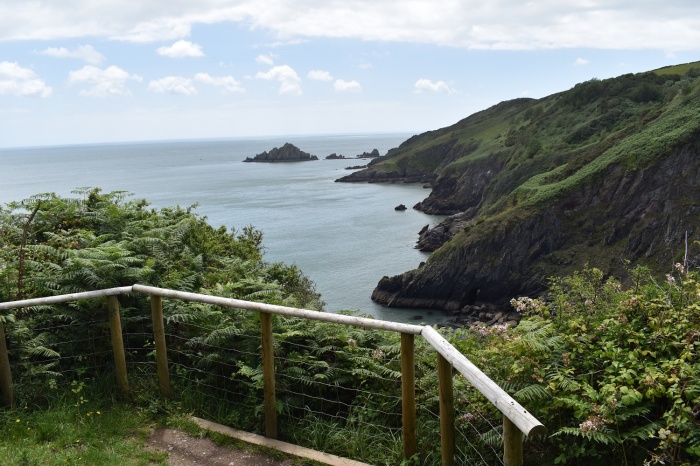 A bit further on and you can see the Mew Stone 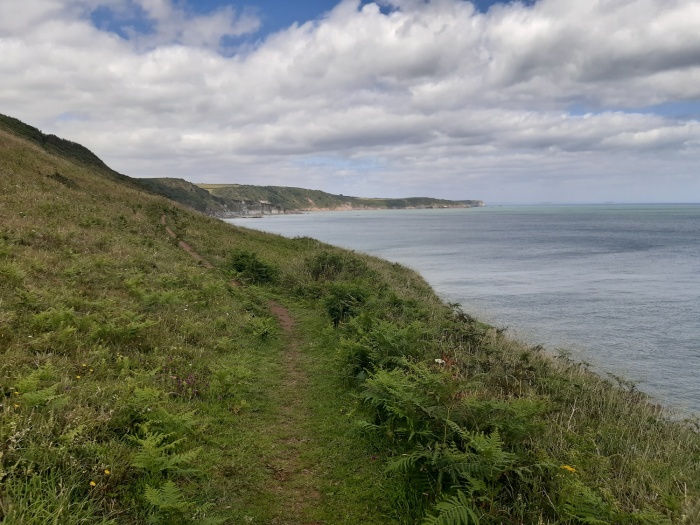 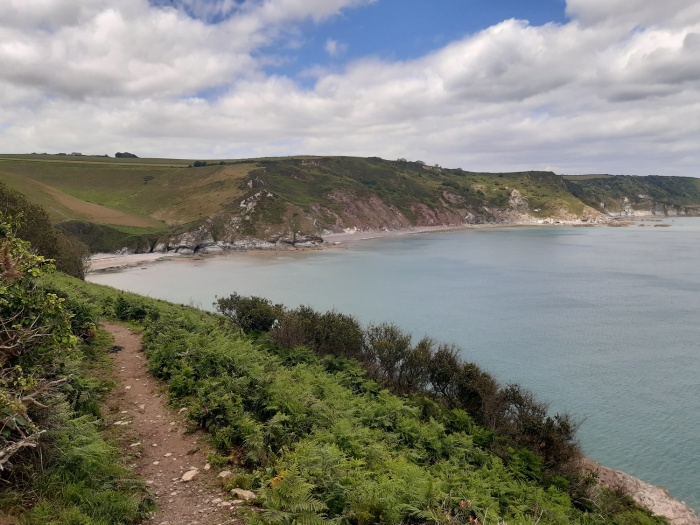 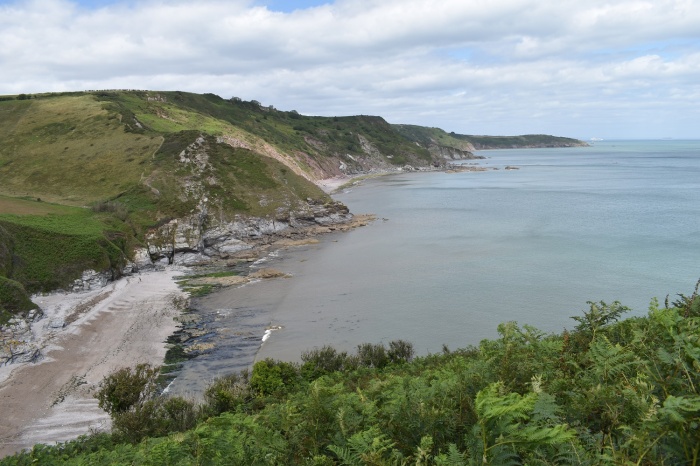 I’m looking less at the beach but more at that incline after it. The path wriggling up the other side

There were a fair few of these about as well. A Small Skipper

Long Beach below and Sharkham Point in the distance

There was a guy in the water below me here (you might be able to see his head in the water if you look closely). There’s no way he climbed down and on my left is a point sticking out which would mean a fair swim around. Perhaps he came from the right here along Long Beach

Finally Man Sands, the steep up on the left put me off continuing I headed along the lane towards the car

An overgrown lane to walk back along, this is me looking back down. The track was a steady climb all the way and I was glad to get back to the car