When you look at climbing mountains inevitably you will look to the highest and want to climb it. Scafell Pike is that such a mountain in England. This route was via the Corridor Route to the summit and back over the boulder field to Great End and then down Grains Gill. A fantastic 10 miles!

Starting out at Seathwaite Farm

Stockley Bridge with Grains Gill, our return route, ahead

Looking back to Seathwaite Farm…

…and again from higher up the path to Styhead.

Styhead Tarn from near the start of the Corridor Route 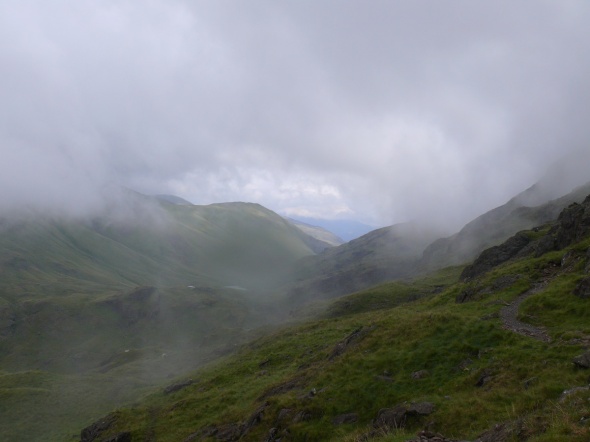 Cloud lifts to reveal Styhead Tarn behind us.

Sun at last in Wasdale, Piers Gill is the ravine on the left

Lunch stop with a view back to Styhead Tarn from the Corridor Route.

The summit in sight 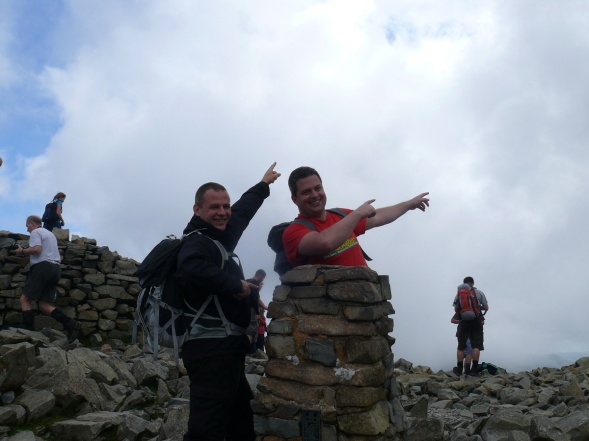 Neil’s decided that fresh socks are needed for the descent. It also helped clear the summit for a while!!! 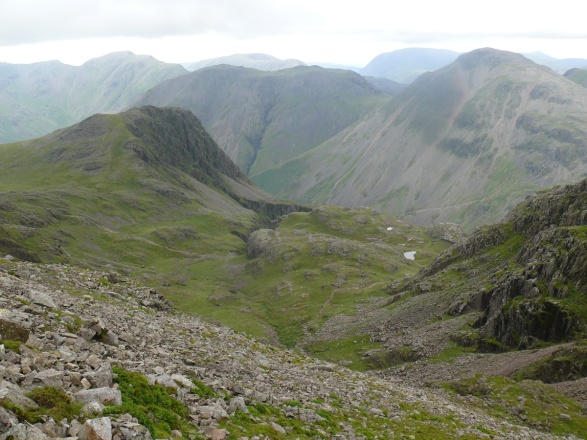 From Broad Crag the view down to Lingmell and the top of Piers Gill, with Kirk Fell behind.

Moonscape of the boulder field. Looking back at Scafell Pike 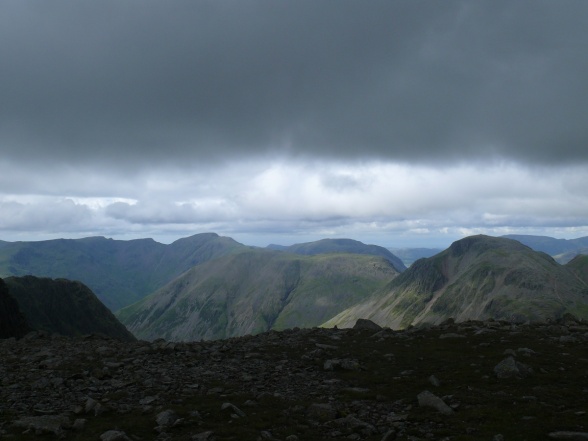 Great Gable on the right and Kirk Fell centre, with Pillar behind. 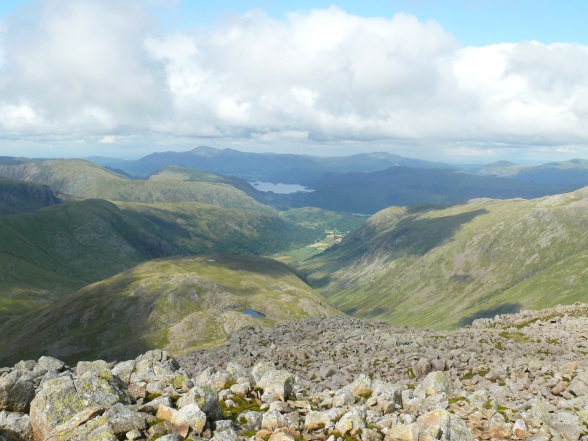 Great End summit looking down to Derwent Water and Seathwaite

Over Allen Crags to the distant Helvellyn range. 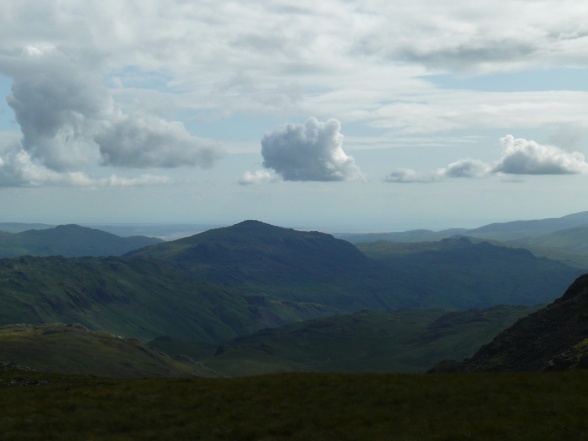 Heading for Esk Hause with the Langdale Pikes catching the sun. 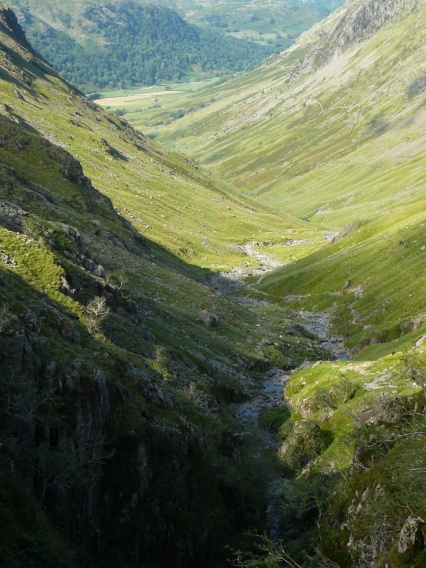 Descending Grains Gill with Derwent Water and Skiddaw in the distance.

Back at Stockley Bridge and a much needed head dunk to cool off!!