Slightly different from the norm for me, no Dartmoor, no tors and no bogs this time. Instead it was a trip after work with a BBQ to the beach to catch the teatime sunshine and have a some fun. We headed for Wembury Point, mainly because its quieter than Wembury beach itself but also so that we could have a go with the flint and steel to see if I could still start a fire. We’d gathered enough sticks and we’d gathered some sheep wool from the gorse bushes on the lanes down here, there was no wind and our luck was in. We used the cardboard from the BBQ to get it going and away it went! Obviously at the end we ensured we had poured enough sea water on it to put it out before we left. I feel it’s important for the boys to have days away from the electronics and just be outside even for just a couple of hours. Next week is Snowdonia for me, a first time up there, can’t wait. 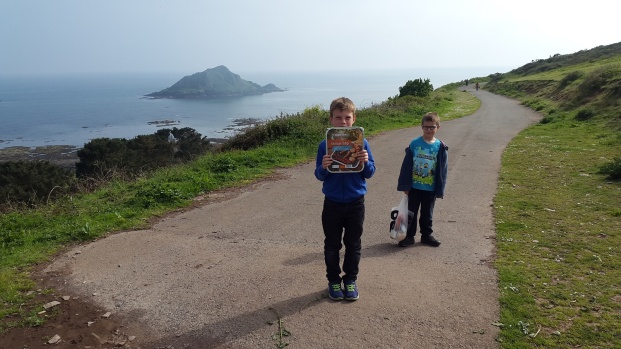 The view to Wembury beach and church 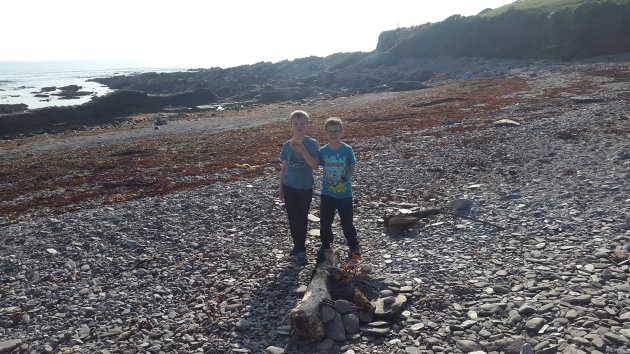 The BBQ off to the right is cooking burgers, the boys keep an eye on the fire

This was an old swimming pool at one time, great view of the Mewstone when it would have been in use!

Me, the boys and the Mewstone 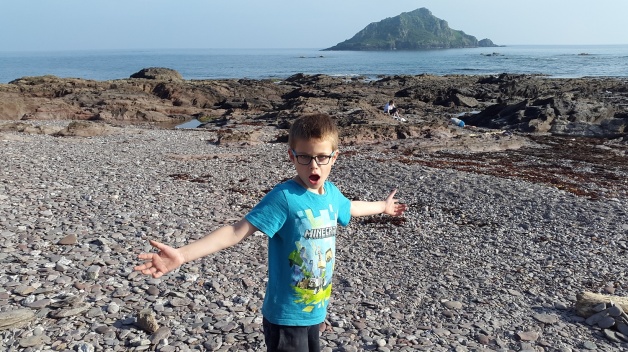 All tidy, all rubbish in the bag and ready for the off

One thought on “Boys, beach and BBQ”