An evening walk this time and the boys joined me again, nothing too stretching but enough to make you feel as though you’d walked a bit of your tea off. This is a lovely simple area for me to get to and gives some great views into the centre of Dartmoor around Princetown. The two tors aren’t a bad size either, nice and compact but big enough to give you a nice scramble to the tops. We were going to head over to Shadyback Tor as well but the dark clouds were coming in from the west, 30 minutes later it was pouring down so I’m glad we didn’t. This was perfect though for the evening with plenty of chatter about gaming, youtube videos and the need for a new graphics card for my eldest. He’ll need to save his pocket money!! 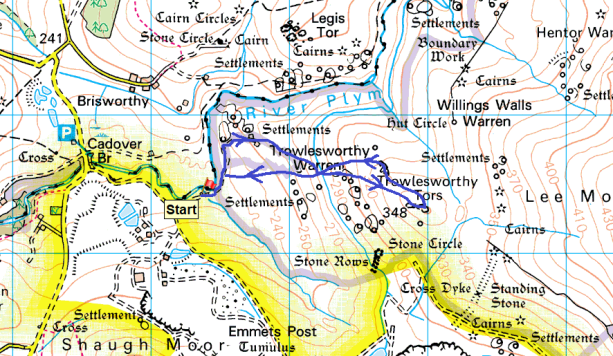 The parking area is just over there and Cadover Bridge is a few hundred metres in that direction as well. That’s the River Plym wriggling its way towards Cadover and then on to Shaugh Bridge

The other way, we follow the track on the right around the back of those trees up there which hold a farm 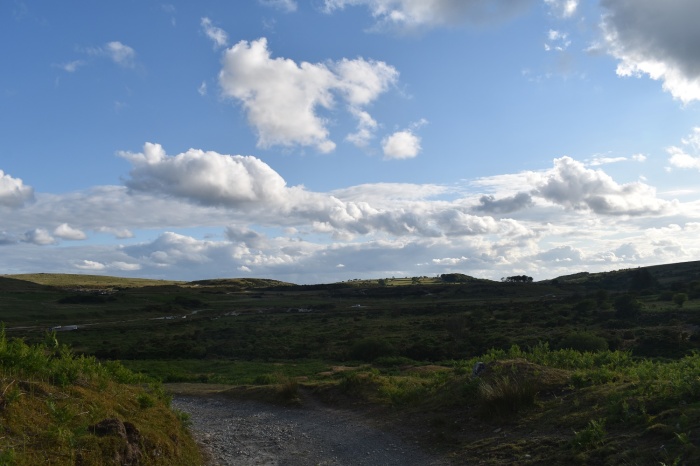 Lots of nice white fluffy clouds around at the moment 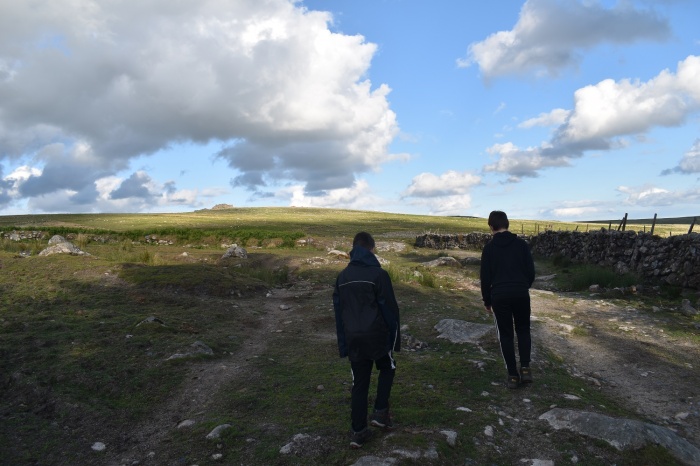 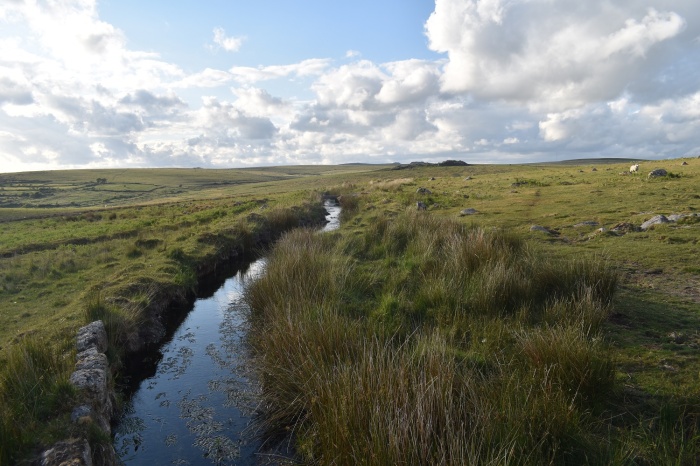 This leat was used by the Lee Moor clay works in previous times. Tors starting to appear in the distance in the direction of Burrator

My eldest on the left needs a hair cut, my youngest has been scalped so has a hood up. The Lee Moor clay works are behind 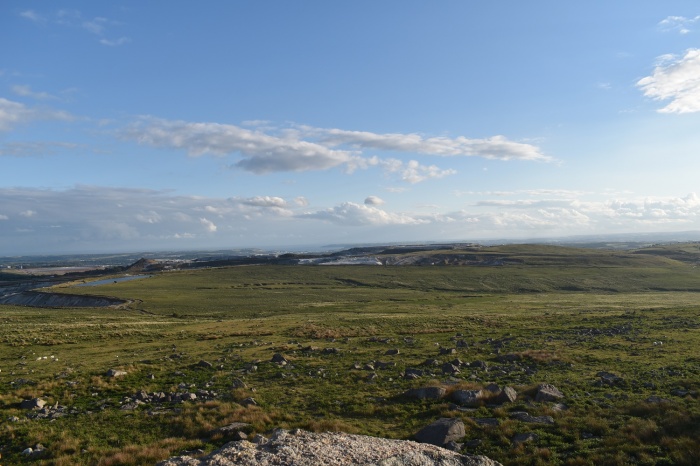 Long lake on the left is part of the clay works, the leat ends up in there

Looking towards central Dartmoor gives a great vista. From Peek Hill on the left, past Princetown and the mast to Eylesbarrow the highest point to the right. The valley below running to the left is the River Plym

Bit of zoom shows the Plym valley better and at the back is Peek Hill, Sharpitor and Leather Tor

Now on Little Trowlesworthy Tor and again the view in central Dartmoor. The clouds back left are starting to look a bit mean. I knew rain was forecast and I assumed this was it.

You can see the car park down there, just left of the clump of trees which surround the farm 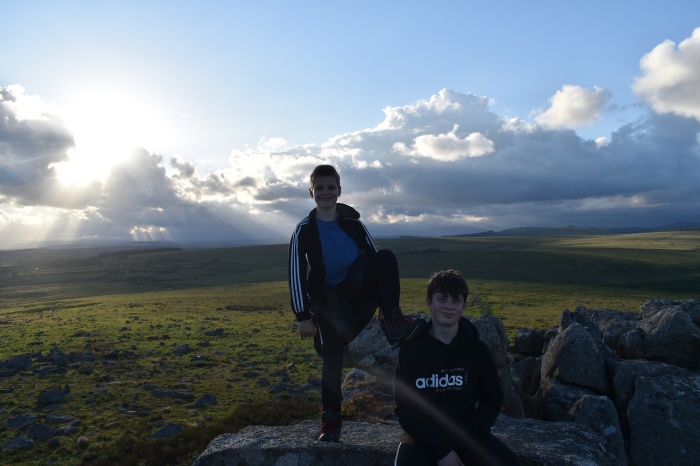 Final shot on Little Trowlesworthy Tor and the gathering clouds behind

Shafts of sunlight through the clouds. Shadyback Tor is down there but we went a more direct way back to the car

Crossing the leat and looking back up to the tors 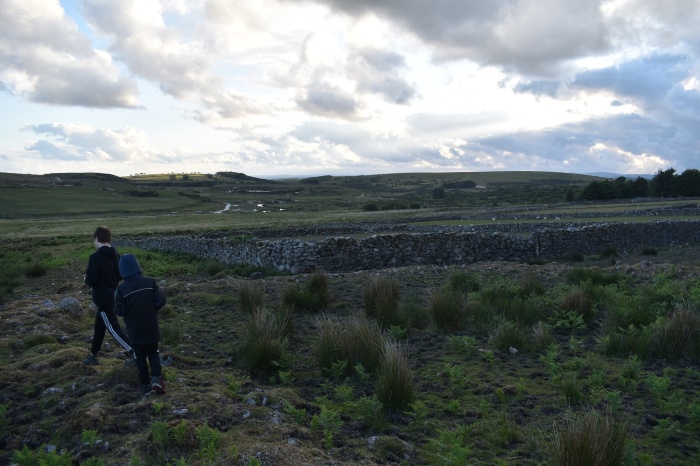 The direct route with the car park near the road ahead.

The end of a fine walk, and as we reached the car this group of geese flew over and landed in Long Lake. Not keen on their formation, the guys on the right look out of shape, and I bet the lead goose had a stiff word with them on landing!!

8 thoughts on “A short walk with the boys to Trowlesworthy”