As I mentioned in the previous walk, the weather hasn’t been great in September. Well October didn’t start any better either. This walk was done in thick mist, however with this being my favourite walk and my go to walk, I loved it. It gave an already great walk another layer (of mist!!). I concentrated on the historical sites, the woodland and the the raging river. The river Plym was in full spate and a loud as I’ve ever heard it. Plenty of rain means plenty of water, brown water at that and with the mist all around it made a fantastic scene. I love this place and I was glad to get out. 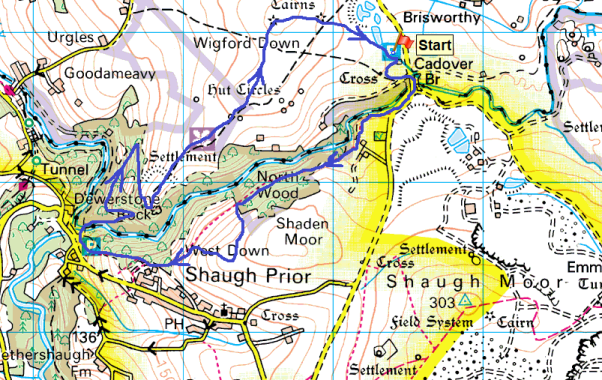 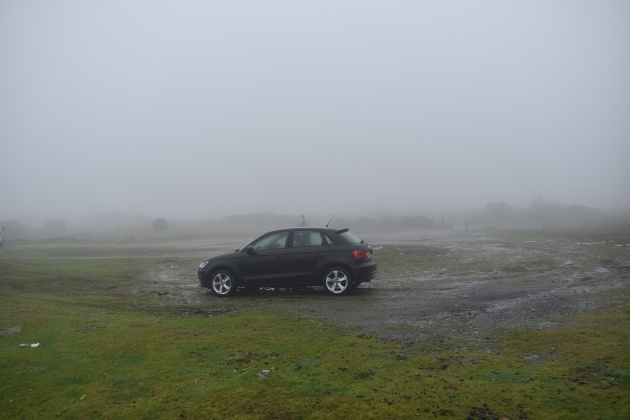 The car is parked now where’s the walk!! This was about as good a view as I had today but since this area is crammed with interest, it doesn’t matter as much. Plus with the amount of rain in September the River Plym should look pretty angry 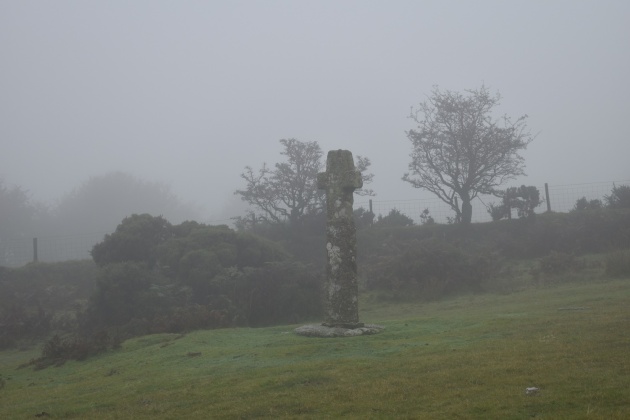 Just 100 metres from the car is Cadover Cross, a signpost for the old monks as they walked across the moor 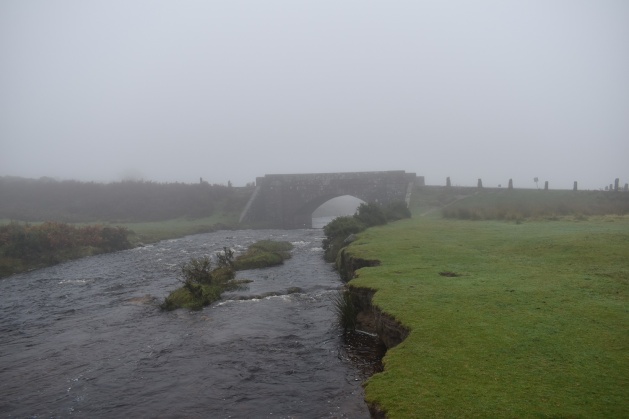 Cadover Bridge and parts of the bank which have been eaten away by the River Plym. The river was calm here but I could already hear the roar downstream 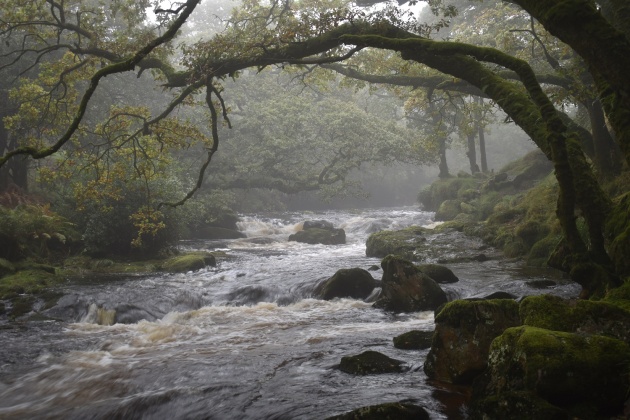 I was like a scene from the Hounds of the Baskervilles down here. All misty, dark and a river of noise 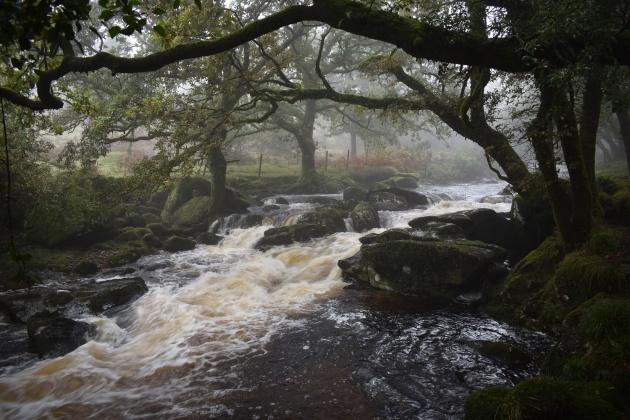 There are no waterfalls here but the noise was deafening 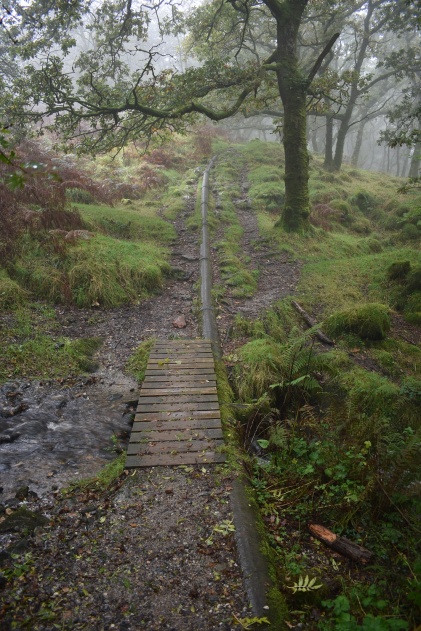 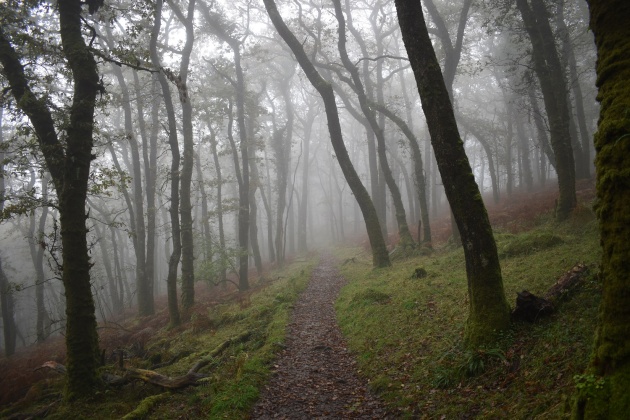 Eerie stuff through here. It was so still and quiet 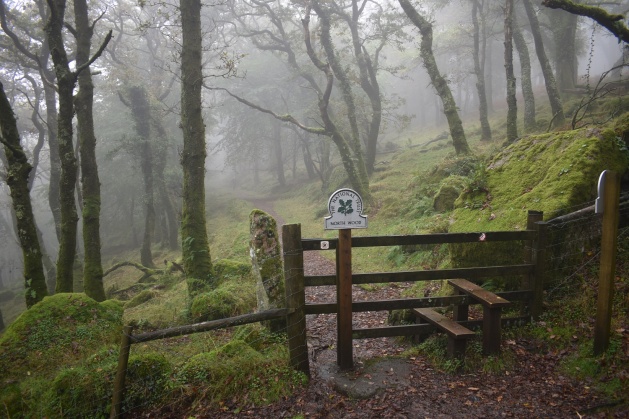 This is the stile that brings you out of North Wood on to West Down. I’m heading up the hill to the right of this photo. A zigzag path through the bracken appears as you climb up near the wall, taking you to Shaugh Beacon 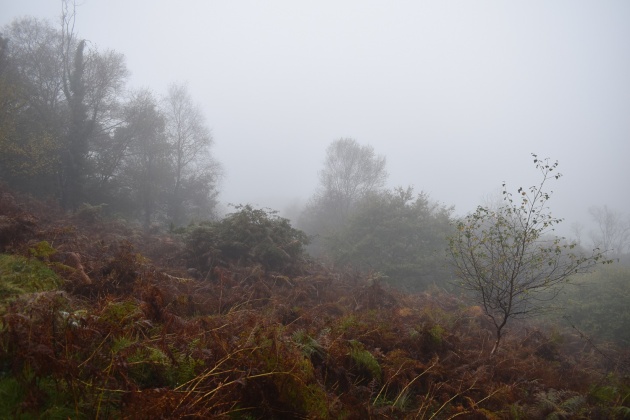 The Dewerstone would normally be in view that way 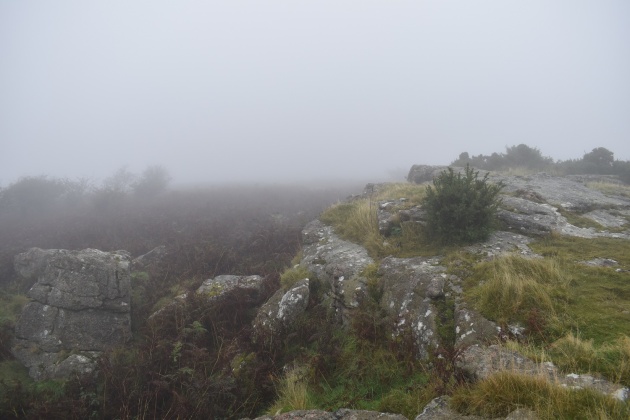 Shaugh Beacon summit rocks, you’ll have to take my word for it 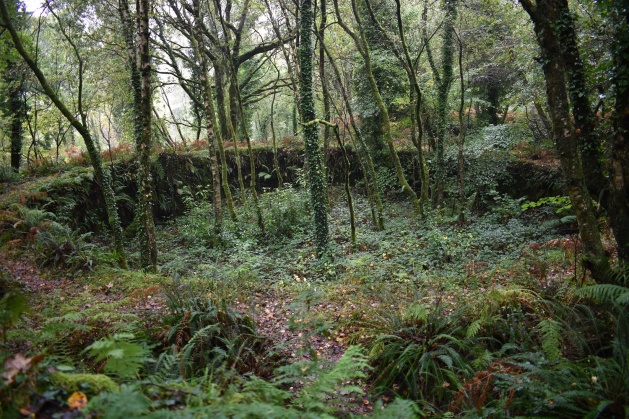 Coming down from Shaugh Beacon I disturbed at least 2 small groups of deer. I then joined the main path again that came from North Wood, this takes you pass these huge settling tanks for the clay that ran along the pipes 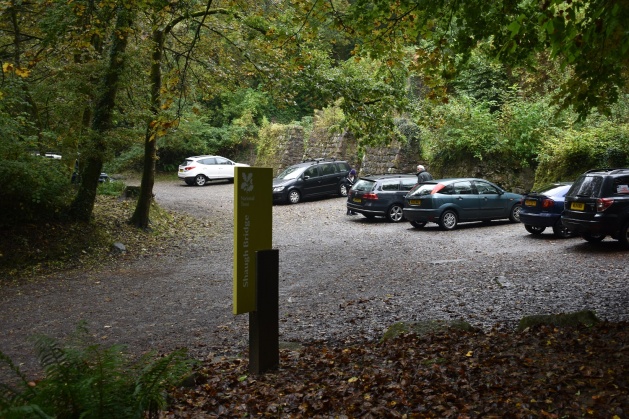 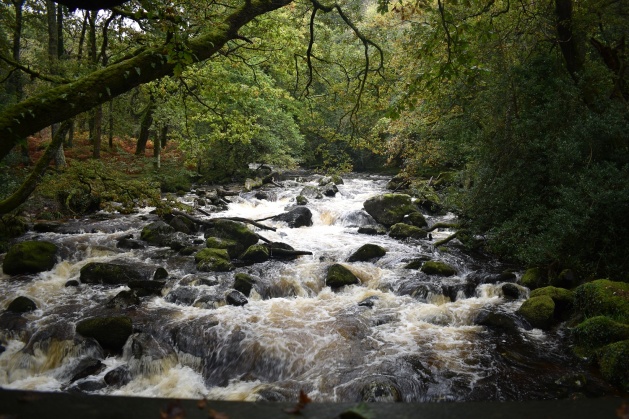 The River Plym from the wooden bridge. The noise here was louder than upstream 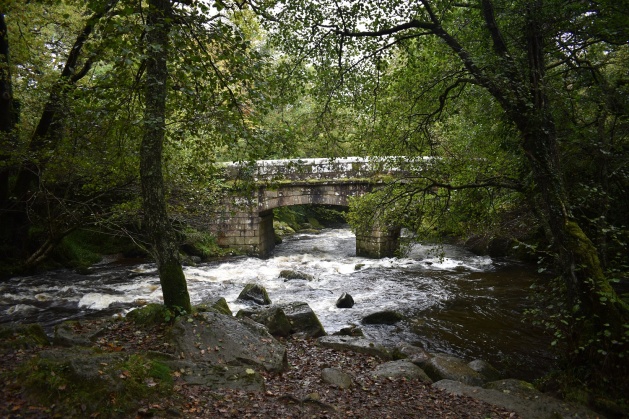 Shaugh Bridge, the river Plym is on the left and the river Meavy on the right going forard under the bridge it is just the River Plym 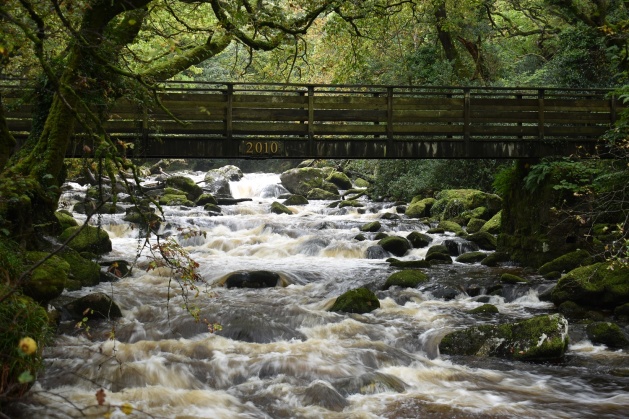 The wooden bridge and the raging Plym below it 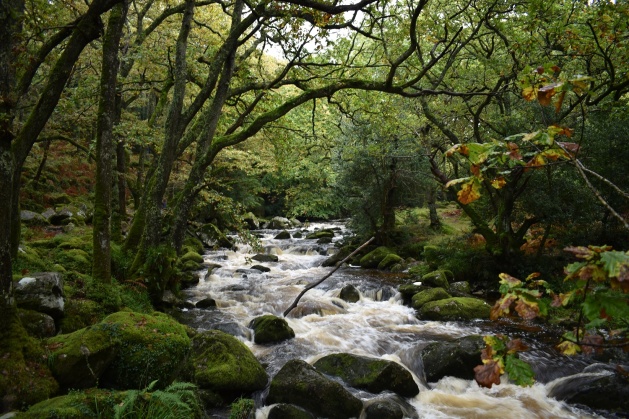 Al showing the power of the riverl brown water 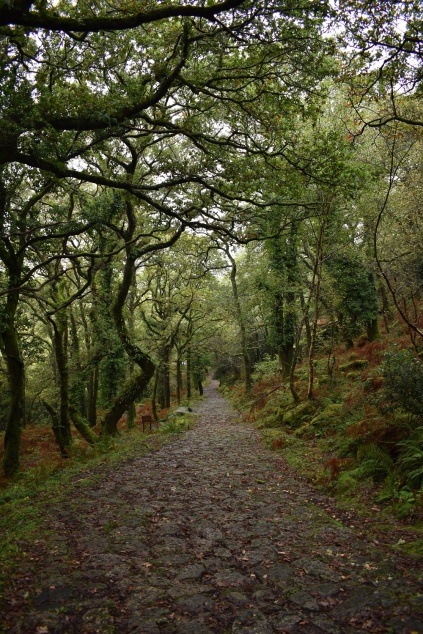 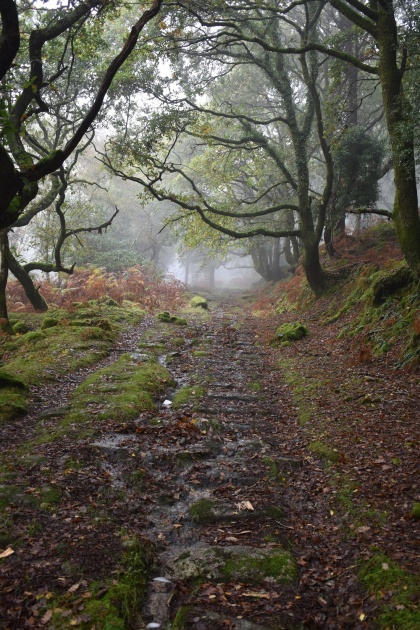 Up again into the mists. This part of the track shows the railway sleepers a bit better, there is also a brake house at the top which helped to keep the carts from crashing down into the river Meavy at the bottom 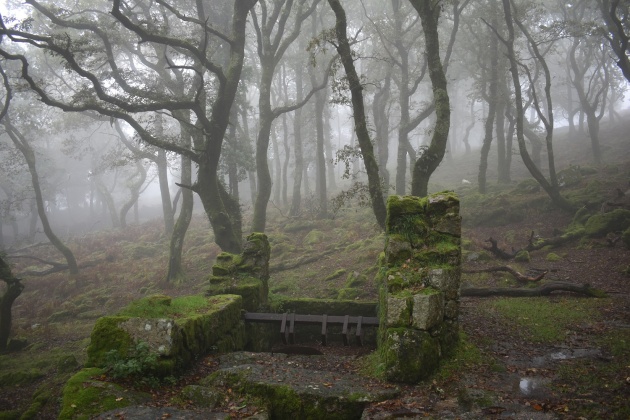 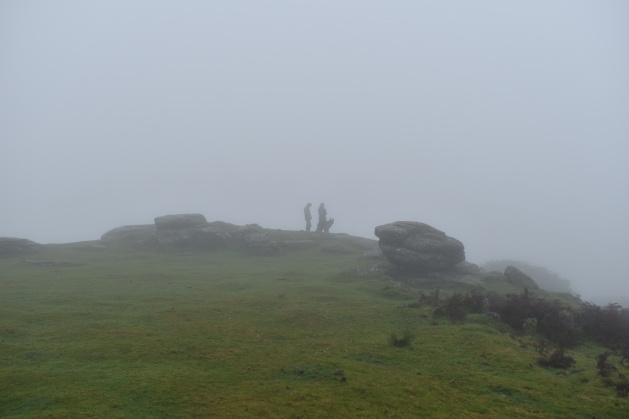 Devils Rocks, the Dewerstone Rock is over to my left, I went first up to this summit and had a nice chat with the two people up there, mainly about the view or lack of it!! 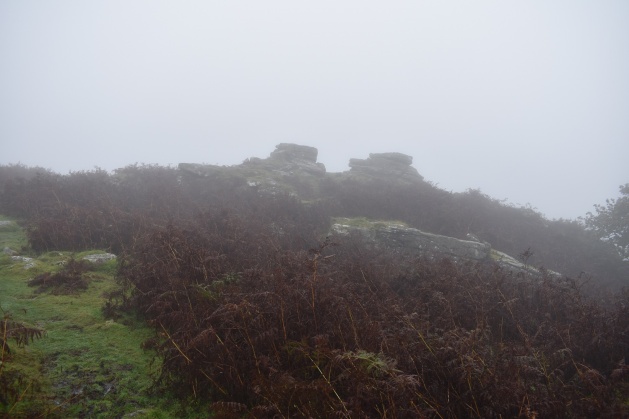 I scooted past the Dewerstone and was quickly at Cadworthy Tor 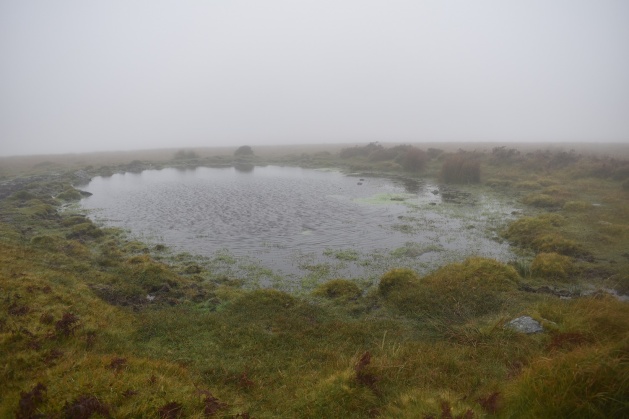 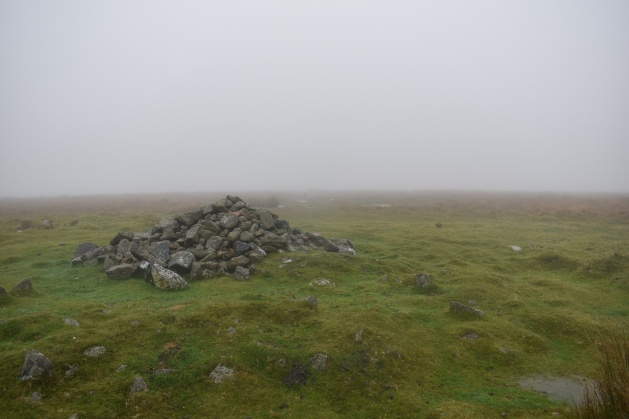 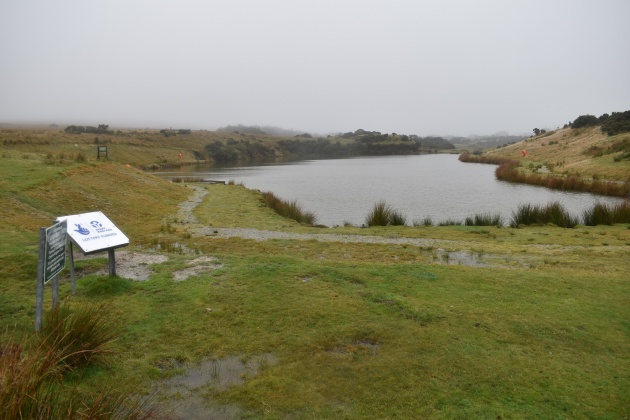 This is one of a few fishing lakes by the car park. As you can see the mist has lifted perhaps 30 metres and would continue to do so through teatime. Still its a great walk with plenty on the plate to keep me happy in my favourite walking area

3 thoughts on “Shaugh Beacon and Wigford Down in the mist”