They say bad things come in threes, well I can vouch for that on this walk. Before I get to that however I’ll talk about the great thaw after the storm. The snow has started to melt and with it, it has been replaced by rivers of water running everywhere, on top of that the streams and rivers are running as high as I’ve seen them. This walk was supposed to involved two crossings of the River Plym, I didn’t get that far today to attempt one, however would not have been easy and may not have been possible at all. My first misdemeanour came when leaping a stream on the way to Drizzlecombe, I fell in up to my knee and was soaked. I managed to sort my sock out and carried on, however within 10 minutes I knew I needed to go back to the car. I was getting cold. My thoughts were confirmed when I went to text back home and noticed my phone had decided to factory reset itself. Now I walk on Dartmoor alone most of the time, and have no issues looking after myself, however those at home expect a text or two to say all is well. This was now not possible, so I headed to the car. On the way back down I slipped and fell to make it a nice three bad things in one walk. I’ll be back in this area soon enough but for now I needed to get warm, and dry.

Starting out and looking over to Sheeps Tor. ‘ll follow the road round to the right and along to Nattor 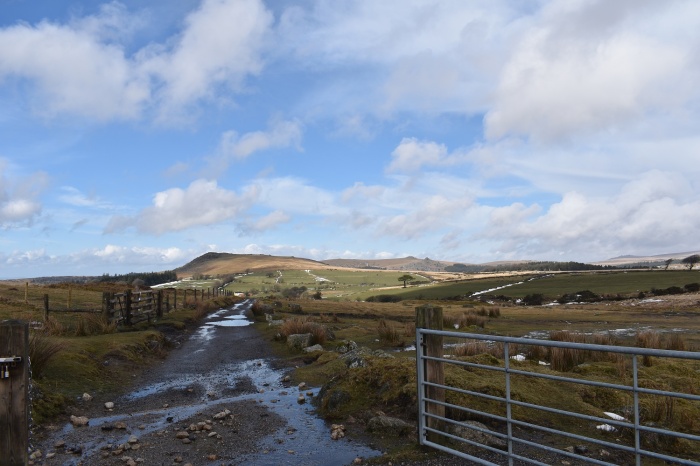 I’m on the lane to Ditsworthy here, turning around to see Sheeps Tor again

It was at this point that I realised that crossing the Plym might be tricky today. it was everywhere. Clearly the snow melt was making the river run at full spate and flood the ground either side. The Plym can be seen in the centre here from Eastern Tor

The Plym is on my right, with Higher Hartor Tor catching the sun ahead 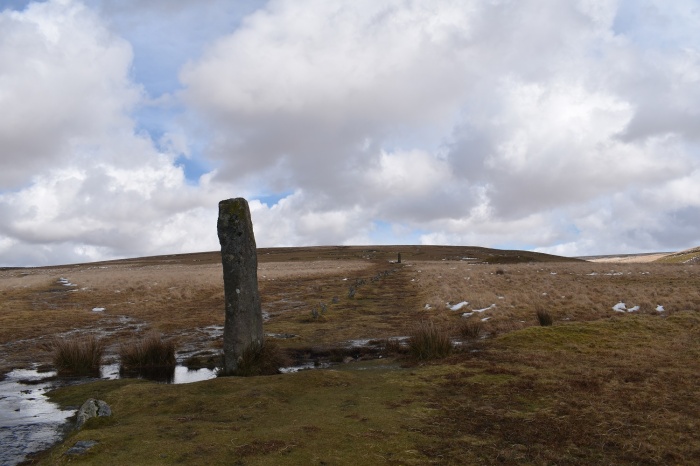 Drizzlecombe bronze age site, one of the best and oldest sites on Dartmoor. By this point I’d fallen into a stream and had rung out a sock 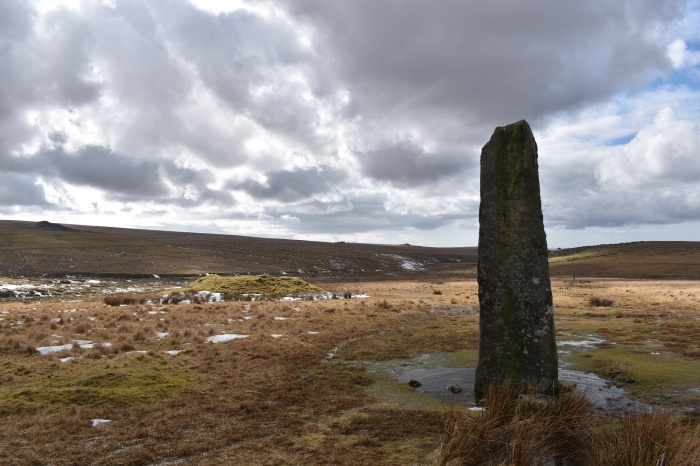 This stone is also the tallest one on Dartmoor, around 4.5m tall

The tors around Cox Tor in the distance. It was now I noticed my phone had decided that a factory reset was a good idea. I decided that I would make for Higher Hartor and then bail out to Eylesbarrow and back to the car

Sheeps Tor is dead centre, with Peek Hill to the right 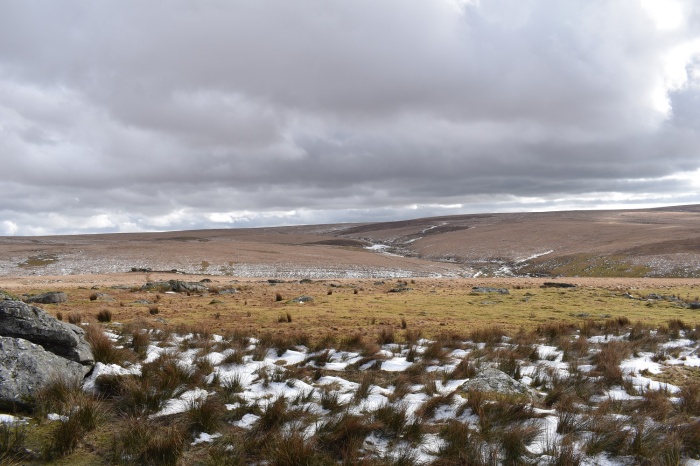 Lower Hartor Tor is down on the left with the stream that leads up to Langcombe running away from me. i was originally heading that way but not now.

Part of Eylesbarrow Tin Mine. Lee Moor in the distance 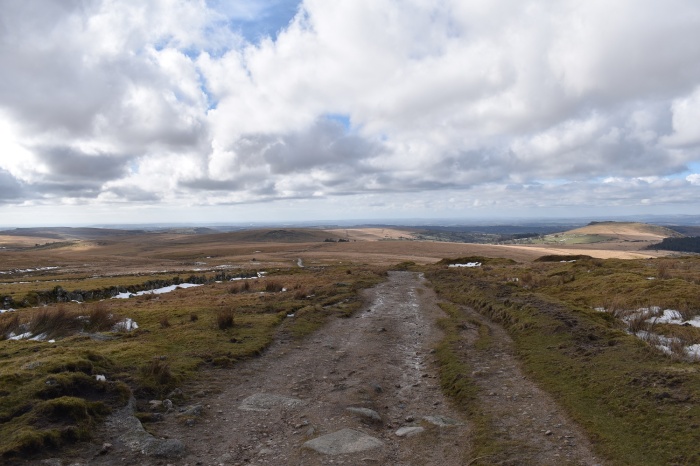 The track back to the car

I believe this was the wheel house of the tin mine. Sheeps Tor left and Peek Hill right 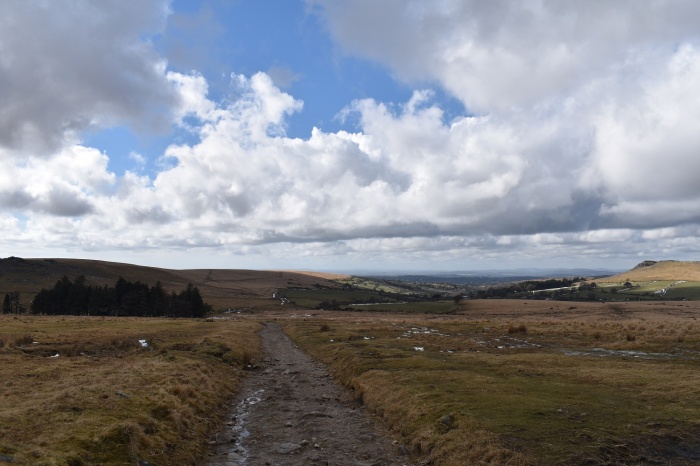 This was the road to Nattor, not too bad considering the amount of snow. But by this point it was nearly 6 degrees so the snow was melting fast and rivers of water running along the road. I’ll be back soon, hopefully with a working phone and less water in my boots!