Our week in the Lakes arrived and with it the possibility of some changeable weather. To be honest we did pretty well, looking at the forecast the first 3 days would be good, so out we went for 3 walks. Then a day of rain followed by a mixed bag, where we got one more walk in. This was our first walk which started at around 11.45am from the bottom of the Kirkstone pass in a layby not far from the Brotherswater Inn. The day for us however had started at 3.30am, as I got up to drive us north for around 400 miles or so. We were on the road by 4am and got to junction 36 of the M6 by 10.30am via a couple of stops for coffee and breakfast. We hit lots of traffic on the dual carriageway into Windermere, which was for some folk festival at Staveley I think. Meaning we didn’t get over the Kirkstone pass until half eleven. Boots on and we were off, just a short walk but two fells, which was good. The Caiston Beck route up is a very good one, and as the weather was warm it was good for cooling off. We should have gone to the western side of the beck on one of the bridges lower down as the eastern path is very soggy and peters out lots of times. Still we made the summit quickly and enjoyed some fantastic views to Dove Crag as we descended to High Hartsop Dodd. Heading off the front of this one we headed down through the bracken to hit a path lower down, thus cutting the corner. But too be honest you are better not bothering and stay on the path down the nose and join the path which reverses back into Caiston valley at the bottom. Its just a quick as two people who we spoke to lots on the walk proved. A grand start to the week, now to head and find our house in Grasmere which was our base for the week.

And we are off. A long drive to get here with the legs feeling a bit stiff to start with. But before too long, the boys were scampering up Caiston Beck in the valley ahead. That’s Middle Dodd on the left 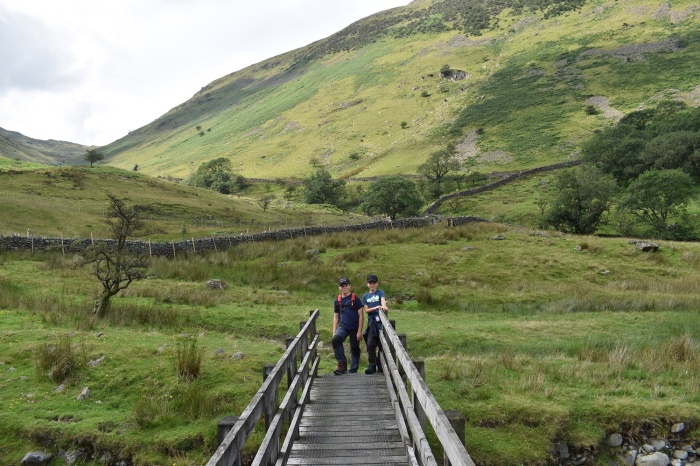 The first bridge as we head across the fields to the beck, there’s another bridge over there by the trees which we should have used to go up the western side of the beck on a better path than that on the eastern side. Next time maybe.

Gaining height and the views to Brothers Water open up. Place Fell and Angletarn Pikes in view as well 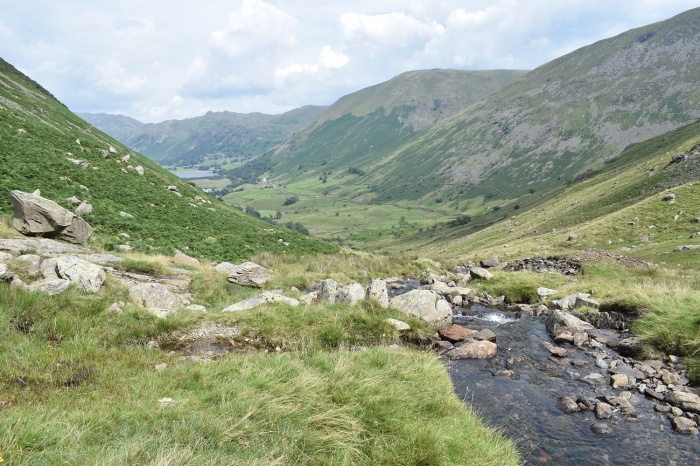 Caiston Beck, needed to cool off!

At the top of Scandale Pass and its just a short walk to the summit of Little Hart Crag. The boys are making light work of the gradient as I plod up behind them.

The other side of the Sacndale Pass descends into Scandale itself. Low Pike is the pointy fell

Same view from higher up as Scandale Tarn is in view now. A small piece of Windermere in view in the distance 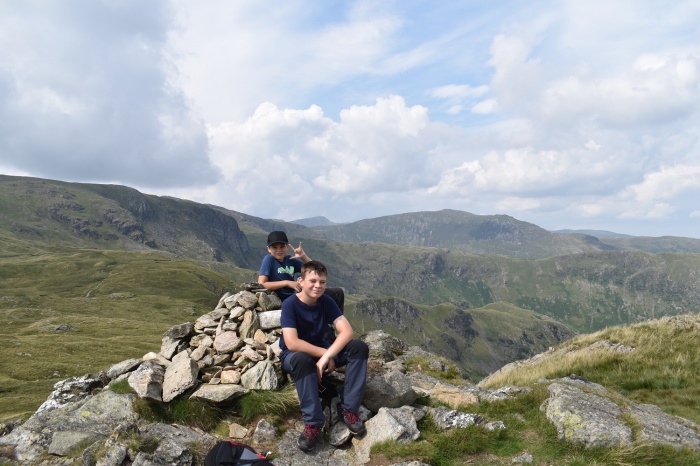 The views west along this path need to be seen. Dove Crag looks great from here and the ridges of St Sunday, Striding Edge and Hartsop above How all overlap each other. Great stuff. 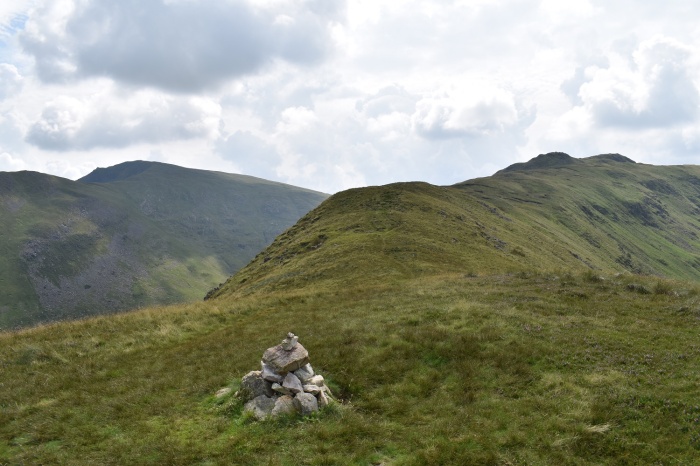 That view to the west

A as you drop off the front the view down to Brothers Water gets better. Hartsop Dodd is on the left and the Kirkstone Pass road below 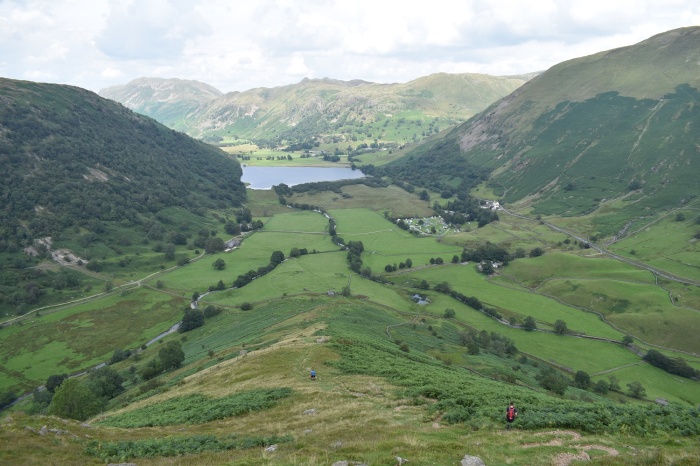 At this fence we hung a right and followed it to a lower path. Down bother in summer as the bracken is a pain. Keep heading onwards to the foot of the fell and then turn right on the same path 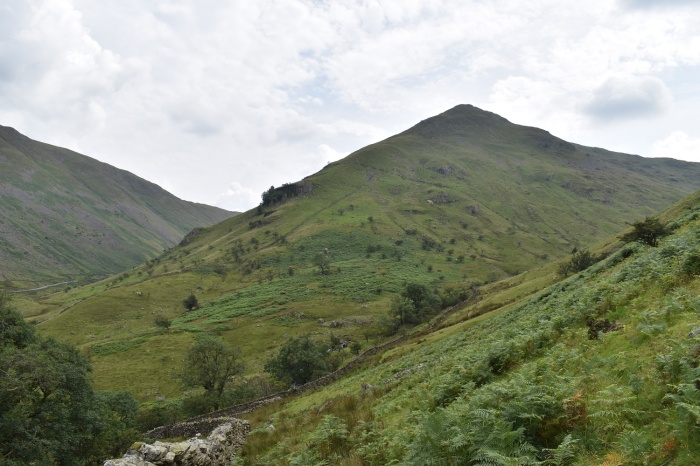 Looking out from the valley towards Angletarn Pikes

Back at the start now with Middle Dodd left and the Caiston Beck valley, our route up, to the right. A fine walk to start with and perfect after a long drive.