A walk around northern Dartmoor, and a part I’ve not visited before. When you head up along the road to Okehampton Camp your eyes are drawn to the higher tors of West Mill Tor and Yes Tor, as a result you speed past the hills and tors around Moor Brook and the East Okement River. Today i was putting that right, although I reckon if I had planned on heading to Yes Tor or anywhere above 350metres above sea level then I would have changed plans!! The mist/fog/low cloud/clag, call it what you will was down, in abundance!  There was little in the way of a view, the weatherman had said cloud, this was just a lot lower than I expected!! Still there was hope, clear skies promised by 6pm meant that at some point it would start to clear and the cloud level would raise, hopefully!! Even so, the walk through the woods, alongside the East Okement was brilliant and a place I would very much recommend. 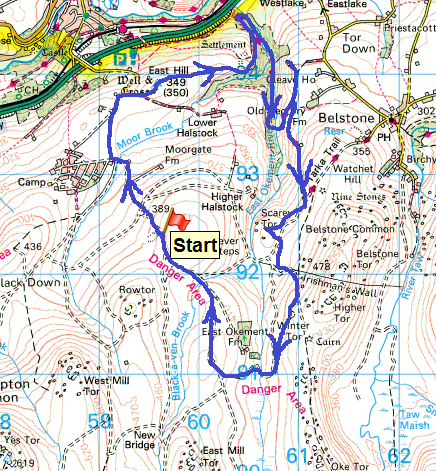 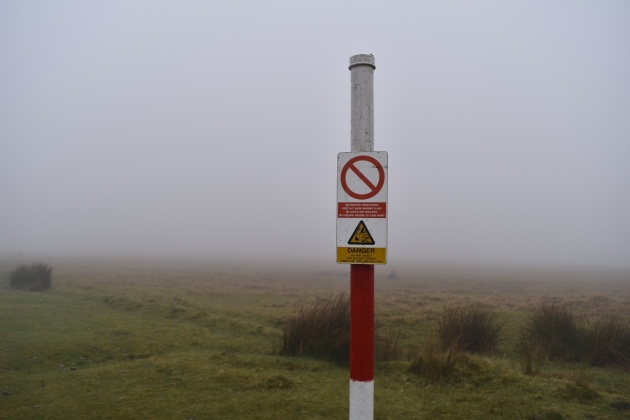 Erm, not much to see as I leave the car. I’d parked at around 380 metres up asl. So decided to head downhill first for lower ground hoping it would clear before I reached the high spots at the end of the walk

Okehampton Camp bridge, and still not much to see. The normal view to Yes Tor from here is pretty good 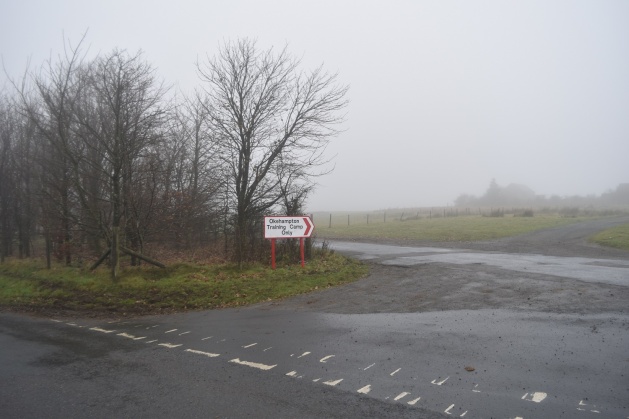 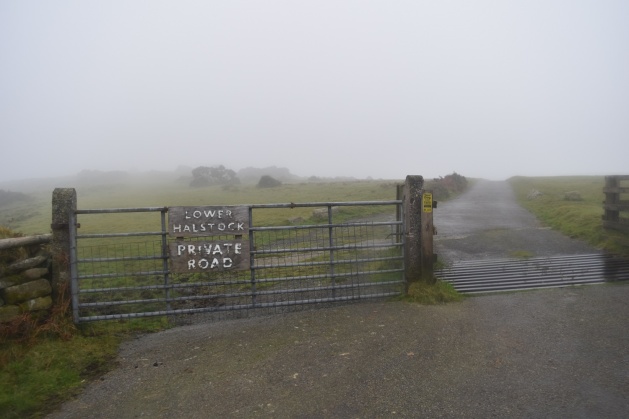 If you come this way there is a set of public footpath signs to the right of this gate, thus confirming you are ok to walk this way. I headed to the left of the road looking for East Hill trig point.

And here it is, with a magnificent view down to Okehampton (so I’m told!!) 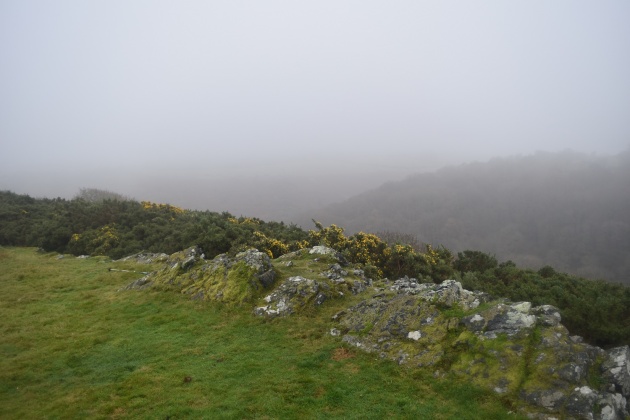 There may be hope as it looks to clear a little, I’m now heading down into the woods from about 45 minutes of walking through there, hopefully by the time I come out it will have cleared! 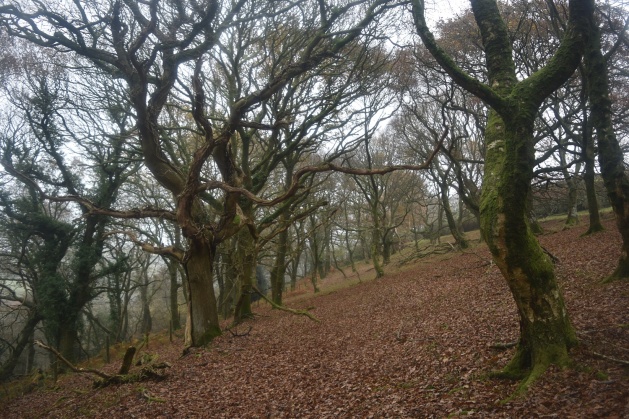 The walk through here down to the East Okement was lovely, on a gently descending path 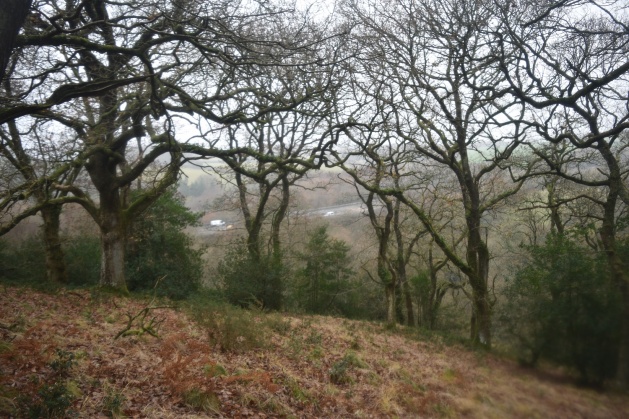 The A30 can be seen and heard below 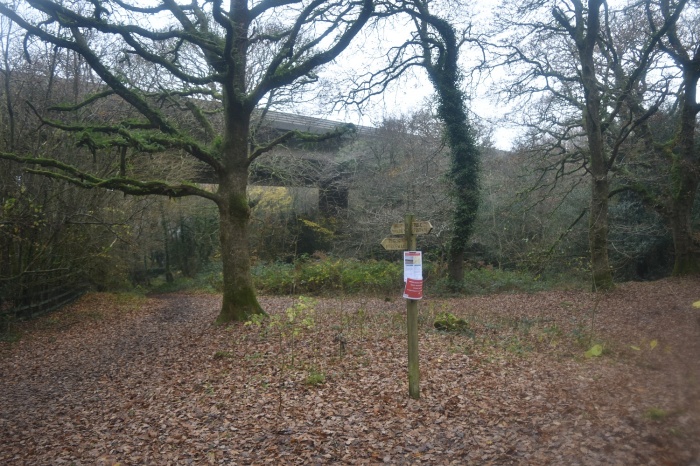 The A30 viaduct with Fatherford Viaduct just past that, I’m turning right here though to head upstream

With a bit of recent rain this waterfall sounded very impressive

Chapel Ford. i’m heading up the grassy path opposite 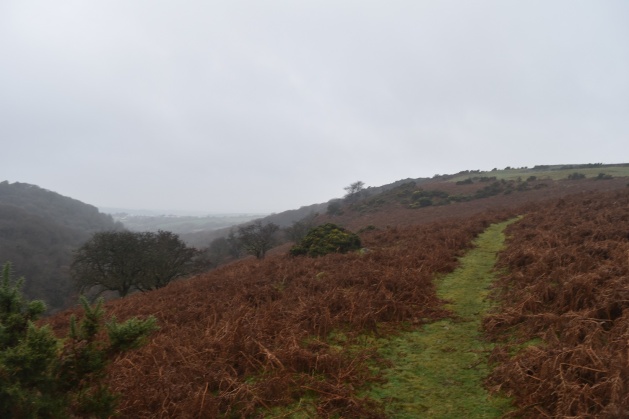 After a thoroughly enjoyable 45 minutes walking through the woodlands I pop out near to the Tarka trail, just a short distance backtrack to Cleave Tor, just up on the hill on the right

Cleave Tor, and its definitely clearing as I look across to East Hill and Ashbury Tor 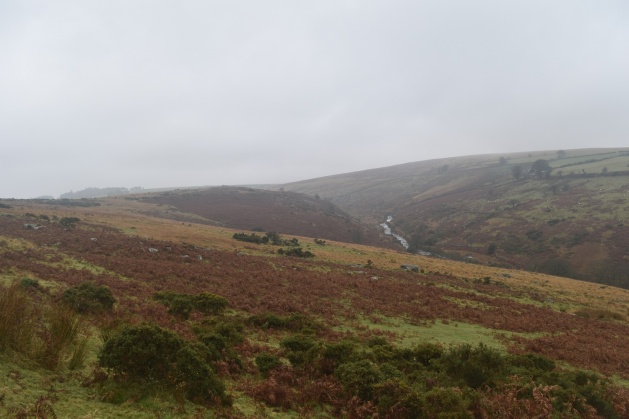 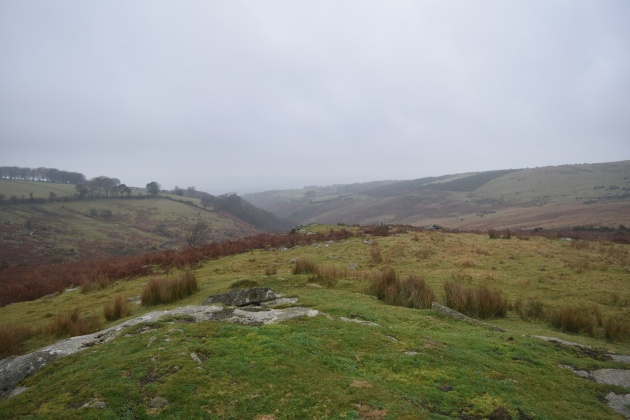 Looking back the opposite way from Scarey Tor

That’s Rowtor over there, which shows how much it has cleared as I was facing that on the first picture in this post!! 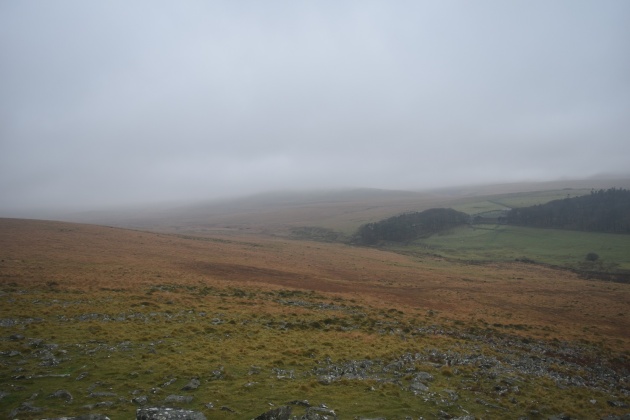 It was very cold up here on Winter Tor and I had passed on going up to Belstone Tor because of that. I’m heading down just to the left of the trees down there to find a crossing called Henry’s Ford

Before I leave, I take one last photo along the East Okement valley

I did a bit of hopping and jumping to cross the streams to the left of this shot, but this is Henry’s Ford 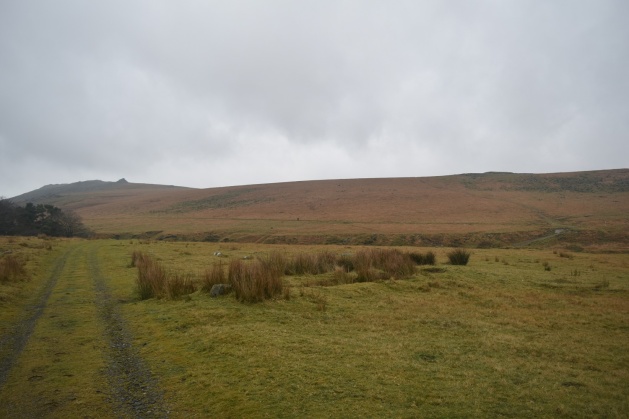 The track that leads down to Henry’s Ford is on the right with Knattaborough Tor above it. Belstone Tor, Higher Tor and Winter Tor(just above the trees) are to the left

Now at Obs Post 22, used by the army on the Okehampton firing range. Hart Tor is right behind it and Rowtor is in the distance to the left

Hart Tor and the back of OP22, East Mill Tor is above the Obs post

Its really clearing now, Belstone Tor is to the left and even Cosdon Beacon at the back is clear 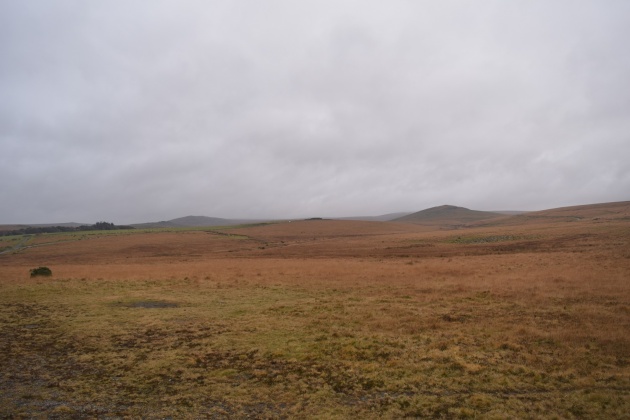 3 tors in view, Steeperton on the left, Hart Tor centre and East Mill Tor to the right, as I near the car

Rowtor with West Mill Tor peeking out behind. The highlight of the walk was the section through the woodland but I was pleased that the weather cleared to give some views.