So “The Beast” came again from the east and this time I went up to have a look, the snow certainly came and the winds whipped up plenty of drifts. Both GPS and maps were out to help with the navigation plus I picked an area where I was very comfortable and knew it well. Even then I still went the wrong way looking for the gateway off the moor and back down the lane, with the visibility down to 20 metres for most of the walk, it was easy to get lost. These conditions are not to be messed with and you need all your skills and tools to help you. This included plenty of layers (5 in total) plus two hats and a buff, it was freezing in the strong north easterly wind, especially up on Piles Hill. Despite the weather I saw a fair few others including one runner and a cyclist at Piles Hill. A brilliant way to spend a few hours and after my last two walks, where I assumed spring was on its way, this was a reminder that winter still has a hold in March 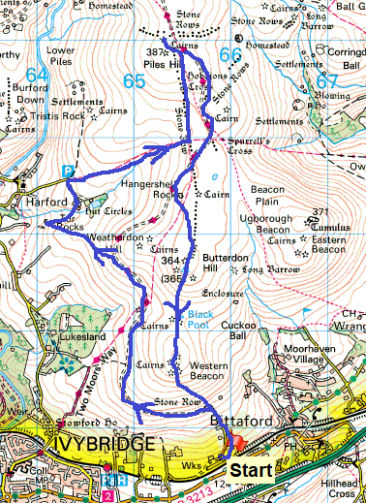 Starting out, I’m parked by the chimney on the right, I’d left Plymouth in glorious sunshine, however the weather front was sat right on the Plymouth boundary and by the time I’d got to Ivybridge it was snowing

Driving up her today was possible at this time (I’d already been up for a look in the car) however in a couple of hours I reckoned the lane would be full of snow, so I didn’t risk it. The gate at the end of this lane was like entering a different world of wild weather 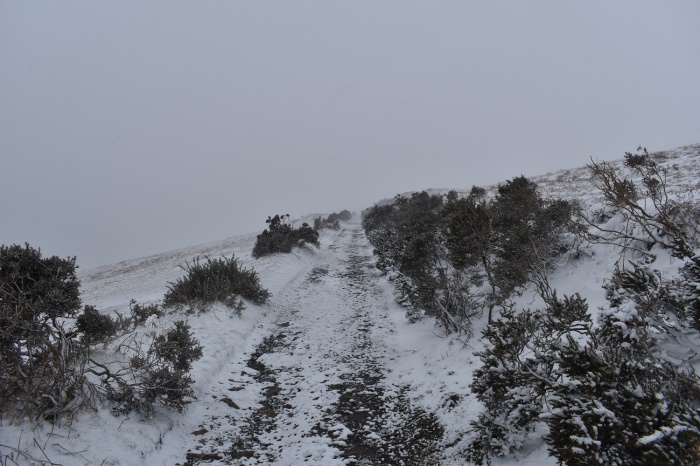 On the old tramway that went out to Redlake, I was glad of this track which gave safe and speedy travel even though the views did not exist today

Lukesland is down there in the trees as I follow the tramway, its around this point that it becomes the Two Moors Way 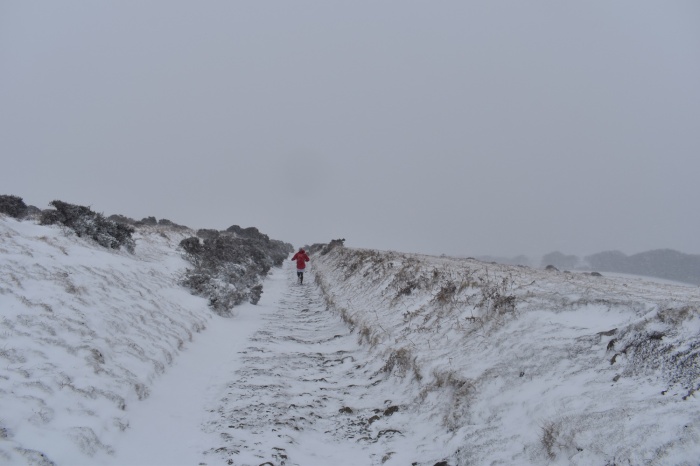 A runner flew past me, pushed on by a 40 mph wind!

Tor Rocks, that’s the Harford reservoir in the trees behind

The outflow from the reservoir, I took refuge and some shelter under the trees over there. Had a drink and something to eat. I was aware that the trudge up to Piles Hill from here would be long and against the snow and wind 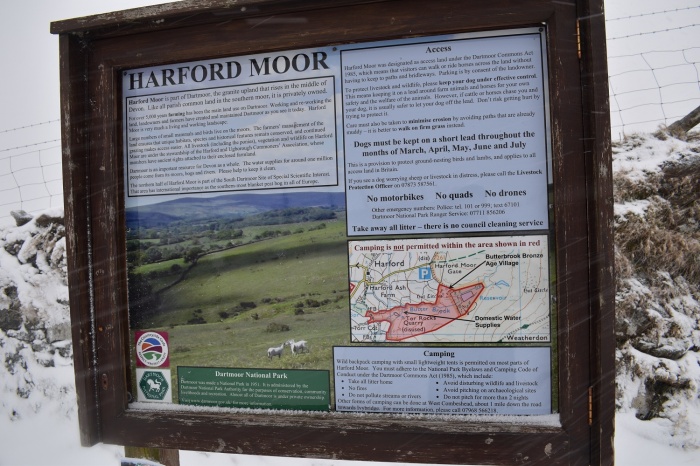 Harford Gate sign. This was another place were I thought of parking however it was snow filled and drifting in the sunken car park

Part of Butterdon Stone Row, I’d followed it up to Piles Hill and walked past Hobajons Cross without spotting it, such was the bad weather up here 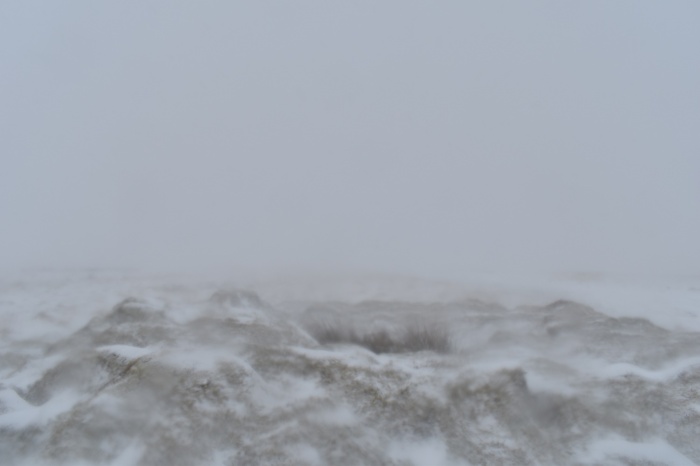 Piles Hill and the high point of the walk. I had planned on going on to Three Barrows but another 80 metres of ascent would have been stupid. The snow was whipping against my face and I really needed some goggles for these conditions, visibility was down to 10 metres at best 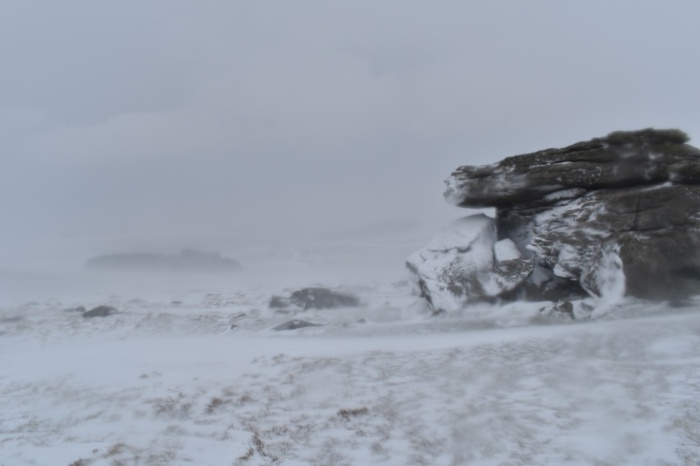 On arriving at Hangershell Rock the weather was doing some really strange things. The wind would drop, the visibility improved a bit and the clouds seem to rise a little. Here I look down to the Harford reservoir trees some 500 metres away, before the wind whipped up again

A ghostly shape of Western Beacon as I drop down to Black Pool, the drifts on this side of Butterdon Hill were 4 or 5 foot in places and I kept disappearing into holes as I walked down

When it wasn’t drifting this was the normal depth

Black Pool was obviously frozen and the normally boggy ground easy to cross. Butterdon Hill beyond 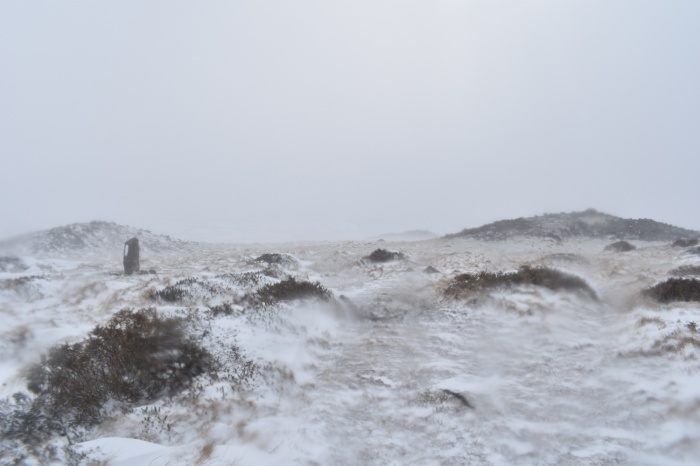 The many cairns on Western Beacon

Crikey, this was the lane back down to the car, totally different now than the second photo in this set. The wind was properly whipping up the snow as I came off Western Beacon making it difficult to navigate and I almost ended up going the wrong way at least twice. i was glad to make the gate and get back to the car. The road at the bottom was clear and gritted well so it was an easy drive back home

4 thoughts on “Blizzards on Western Beacon and Piles Hill”