Well November seems to have been mostly about the rain, either it was about to rain or it always was. The temperatures stayed pretty mild throughout meaning the south west was hit by wave after wave of rain clouds. I managed only two walks in the whole month which was a pretty poor effort for me. This walk however expanded on a walk I would normally do to Berra Tor, by first dropping down to Doublewaters and then looping back round to Berra Tor. Next time I fancy adding on a longer road walk at the end, possibly through Buckland Monachorum to make it a longer walk. This one fitted the bill nicely though for this day as I had the school run to do, so time was not with me. The weather was dull, but I managed to get round without anymore than a quick shower which was good, and a number of outcrops that I haven’t visited for a while was also on the agenda. So all in all a good walk.

There probably isn’t a better photo to show what November has looked like. Low grey cloud and rain in the distance on its way to where you are standing!!

Looking over to Cornwall, the central lump is Kit Hill which has its head in the clouds

Even Brent Tor, which is just over 300 metres asl is cloud covered in the distance. 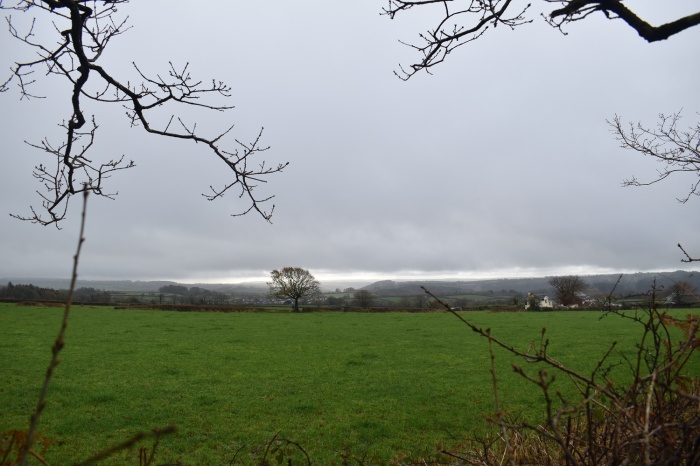 That’s South east Cornwall over there, which looks brighter than it does here

The West Devon Way down to Doublewaters. I walked up this at mile 15 on my second day. I was not pleased and huffed and puffed the majority of it. Kit Hill has now broken free from the cloud in the centre 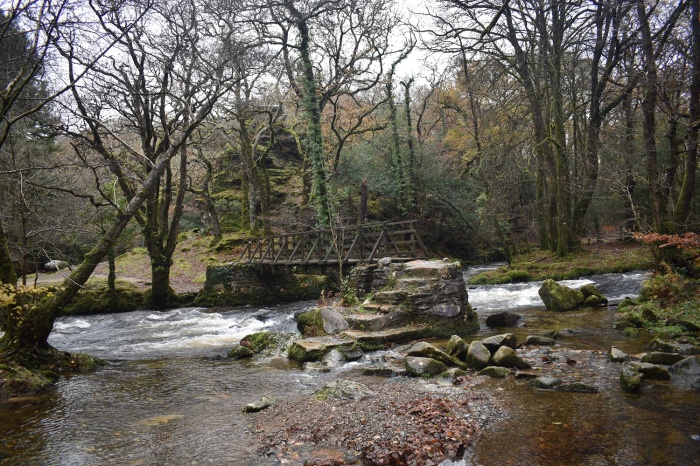 Doublewaters Bridge, Goat’s Rock sits behind the bridge and just outside the national park boundary

Yep, all that rain goes somewhere

I went over the bridge to have a look at Goat’s Rock. The West Devon Way comes past here on the left, but I don’t remember walking past it if I’m honest 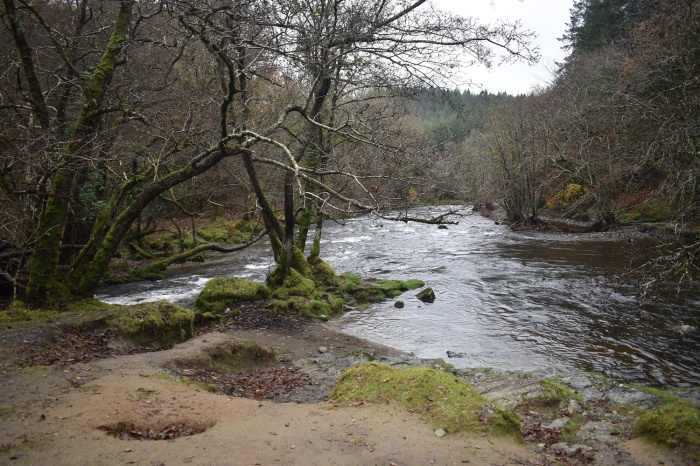 Turning round, the River Walkham comes in from the left to join the River Tavy coming from the right

By the bridge is the brilliantly named Virtuous Lady Crags, there are a few outcrops, all by the path heading away to the right

The highest of the crags are about 300 metres from the first. The path heads up on the right of this photo and then behind this outcrop

Beside the path to Berra Tor is this small outcrop. This is Balstone Wood Tor with the majority of it behind me

Here it is, it tumbles down the hill a bit to the left, but its a decent outcrop

Balstone Wood Tor is only a short distance from this one. Berra Tor is normally hidden by bracken, trees and brash. But at this time of year you can get a decent look at it again.

The road to Buckland Monachorum which is dead ahead. I’m not quite going that far this time.

I’ve come from the right and I’m heading out to the left, down a road not shown here