Another weekend and another walk. The weather was set to be good with passing showers, however on arriving at Postbridge the clouds were leaden and full of snow. As a got out of the car it started, within minutes it was white, minutes later it was sunny again. These passing snow showers would continue for most of the walk and was a great addition to a new route through new areas for me. The walk is always on good paths and in the main the ground was pretty good. I will also admit that the views from Water Hill is one of the best on Dartmoor, in all directions it is fabulous. The walk was finished in more hail and snow so a quick pint in the East Dart Hotel was had at the end of a superb walking day. 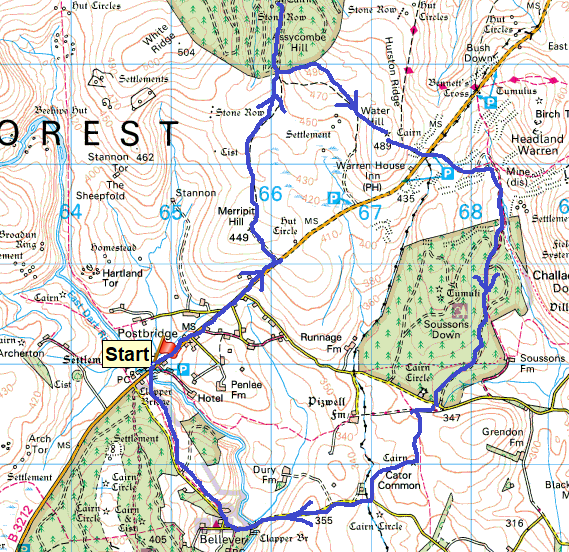 Down comes the snow at the start of the walk

10 minutes later and its a magical winter spectacle. I’m walking along the road in the direction of Merripit Hill, which is behind the trees on the left

Merripit Hill, which was a world war two firing position, the idea was to lure the German bombers here and then shoot them down. Hameldown is over there on the left and a large snowstorm is coming in from the right

The back edge of the storm is just clearing Bellever Forest 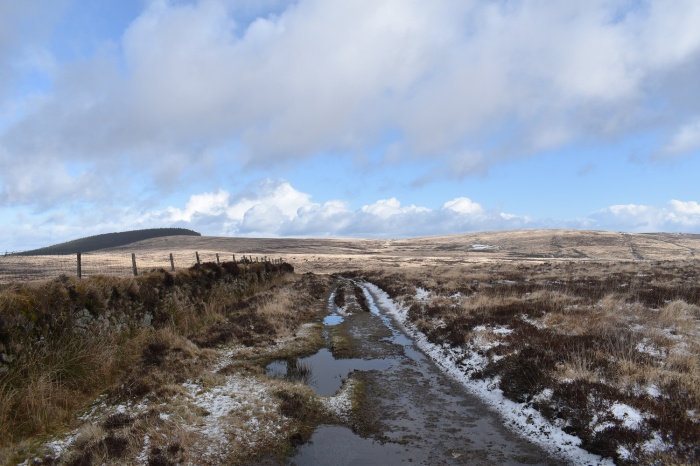 All sunny as I head to Assycombe Hill, first though I’m going into the forest 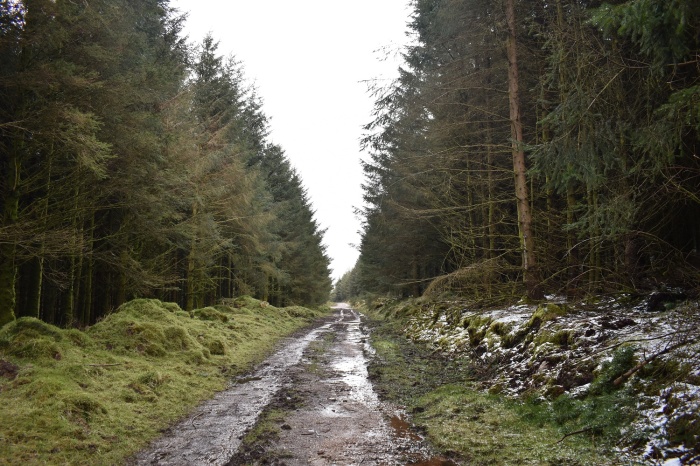 Into Assycombe Forest, its only a 400 metre or so walk to reach…… 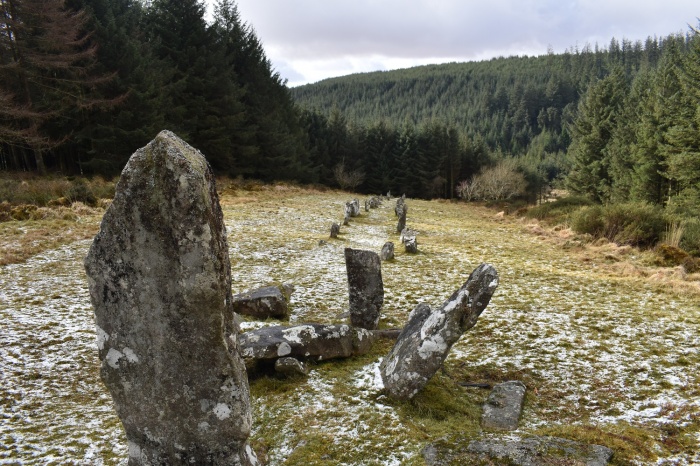 The Assycombe Stone Row. I stopped here for a coffee whilst another snow shower blew through 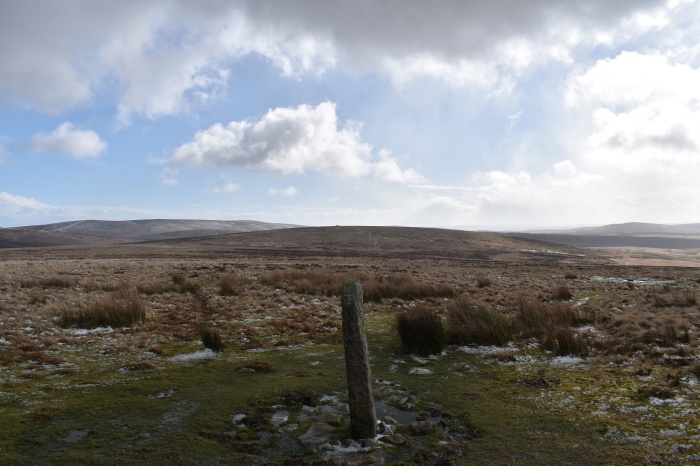 Now up on Assycombe Hill, looking to Water Hill, with Hameldown left and Corndon Tor right

Into the sun with Ryders Hill the high point 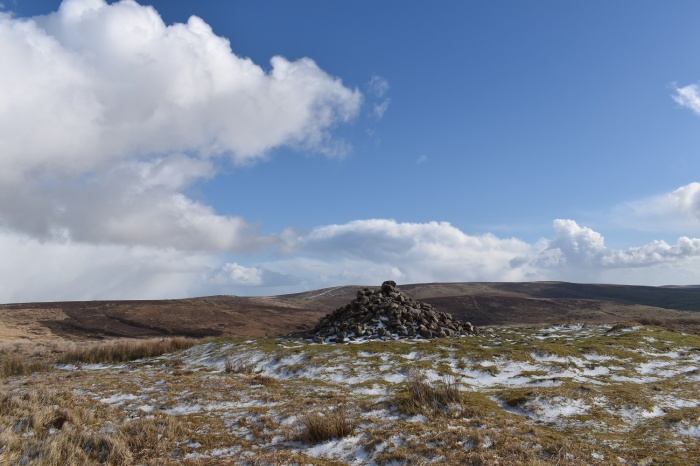 Now on Water Hill, with Hameldown behind the cairn

And north you have Cosdon Hill left and Kes Tor right

Just down from Water Hill is the Warren House Inn, I’m heading into the trees beyond the pub, across Soussons Down

This is part of the old Vitifer Mine complex. Challacombe Down rising behind 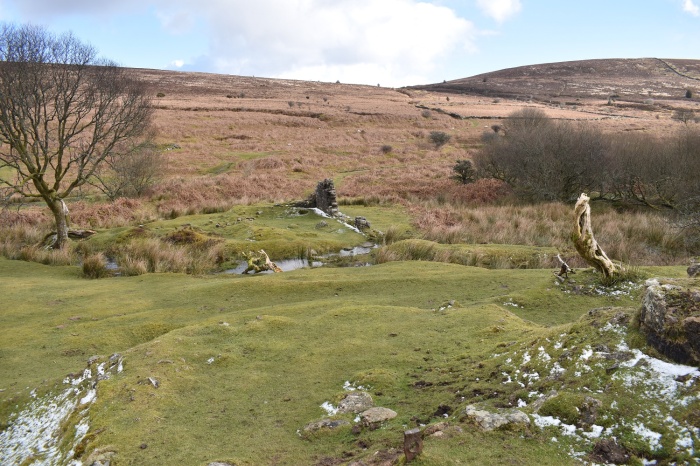 The remains of the old tin mine buildings

This fellow quite liked the Soreen cake that I had. Not so fussy with Quavers though!! 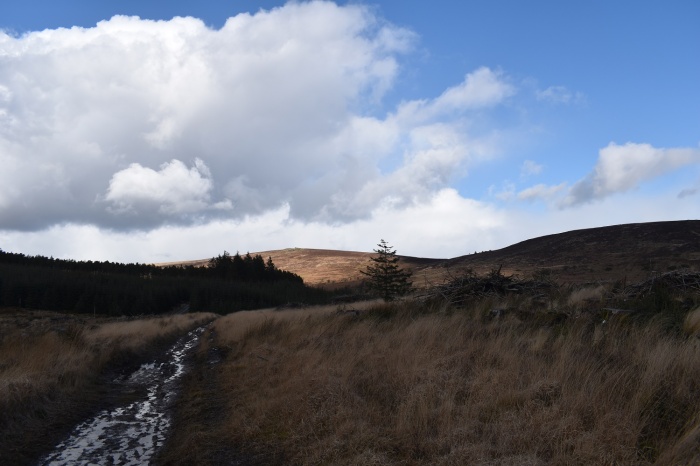 This is Cator, a small rocky group beside the Walla Brook. That’s Water Hill sticking up above the trees 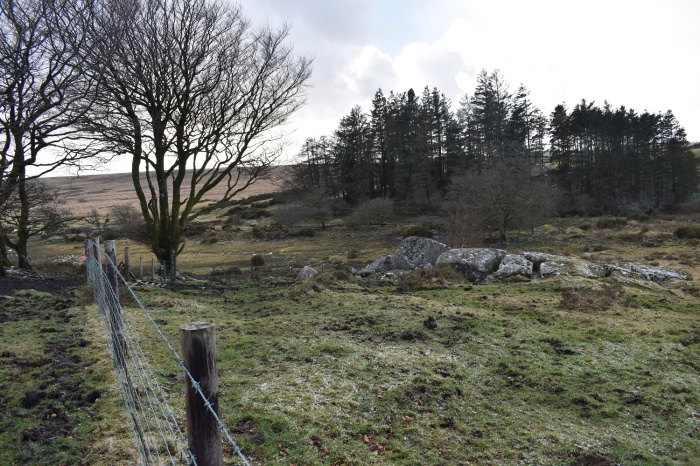 This is Cator Bridge, and I’m now following the road along to Bellever Bridge 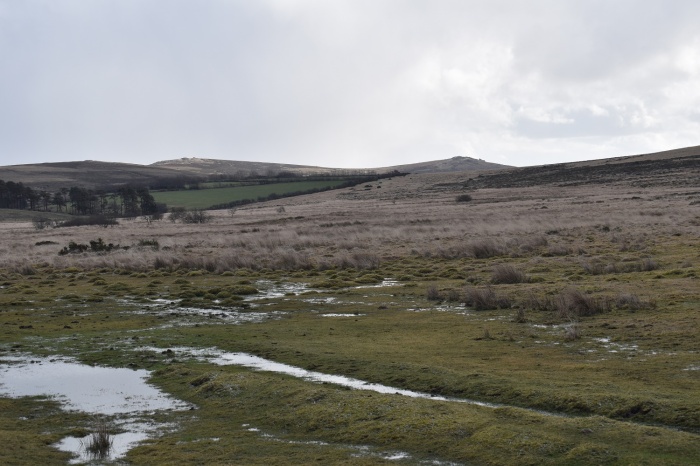 On the road to Bellever I look back at a gloriously sunny scene with Hameldown at the back, Water Hill far left

The East Dart River is in the valley, I’ll be following that back to Postbridge 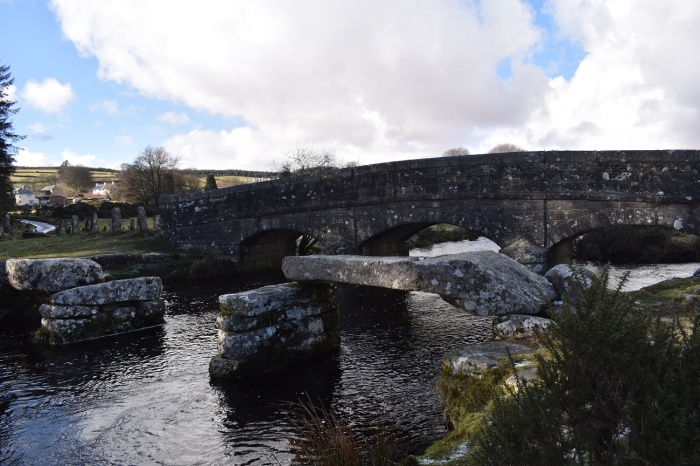 Bellever Bridge is first though, both the road bridge and the clapper bridge

Looking back to Bellever village, pointy Yar Tor sticking up at the back

Looking down to Postbridge

The classic clapper bridge at Postbridge,. Believed to be built in the 1300s and documented at least as far back as 1650. The road bridge behind is from 1792.

3 thoughts on “Postbridge, Water Hill and Soussons Down”