I fancied a nearby walk, but a long walk to go with it. This one fitted the bill nicely as I could lengthen and shorten this walk to fit the changeable weather, as it was the weather got better as I neared the end. By the time I was driving home the sun was cracking the flags!! I’ve always said that Down Tor is my favourite tor and it still is, I love the area around the stone row as it’s a microcosm of all that Dartmoor has. Historic sites, leats, tors, bogs, hills, a river, a tin mine, old farms, woodland and crosses. A lovely place and once you go beyond Down Tor itself, there is peace and quiet and hardly a soul. Perfect.

A prominent Leather Tor behind the car park near Norsworthy Bridge 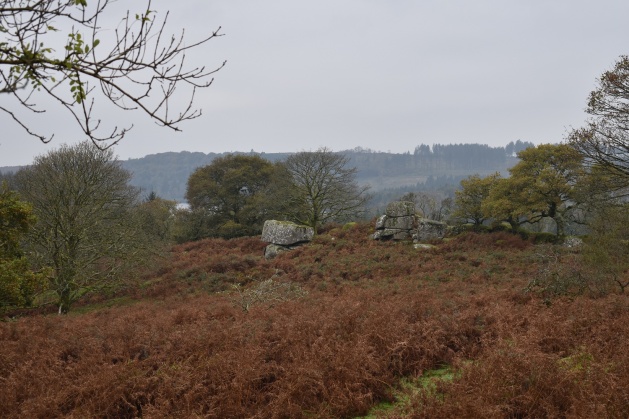 Middleworth Tor, tricky in the summer with all the bracken, but easier now it is dying off

Between the two hawthorn bushes to Burrator reservoir, this walk is a long loop around the reservoir in reality. However I din;t spend too long beside the water itself as I chose higher paths 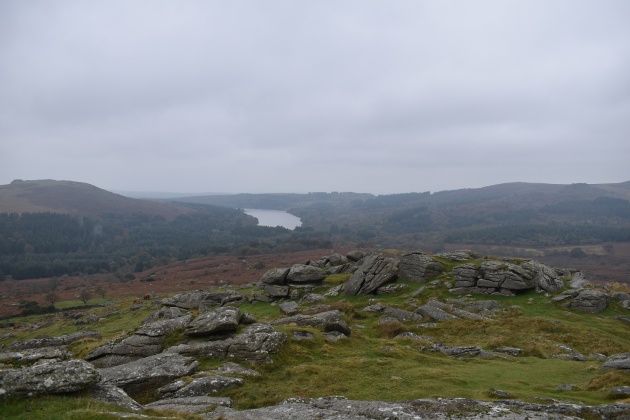 The classic view to Burrator from Down Tor, Sheeps Tor on the left

Looking to a murky looking Combeshead Tor, the weather would brighten for a while after this point

Solitude at the back of Down Tor 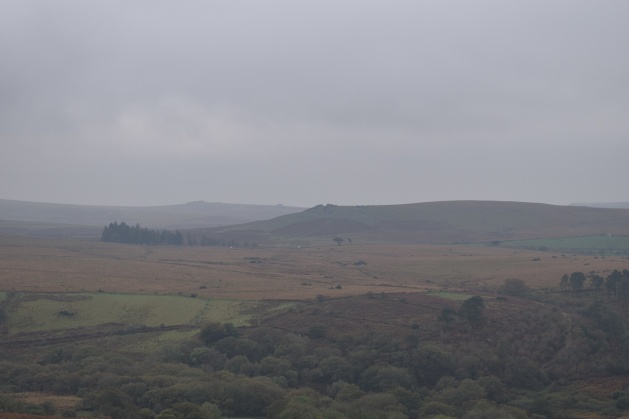 A bit of zoom through the gloom to Gutter Tor, from here you can see how it gets its name 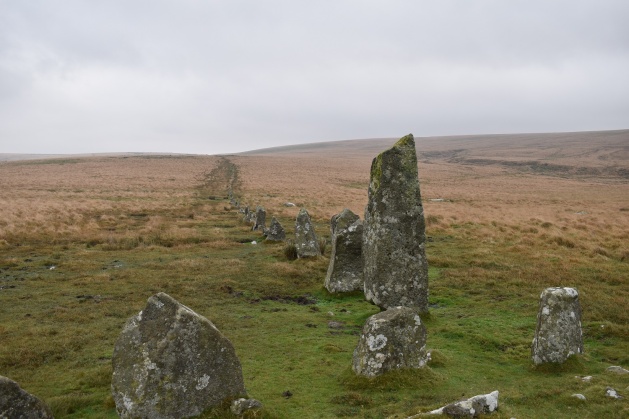 The brilliant Down Tor stone row

A settlement at the far end of the stone row. Here looking back to Combeshead Tor left, Sheeps Tor centre and Down Tor right. 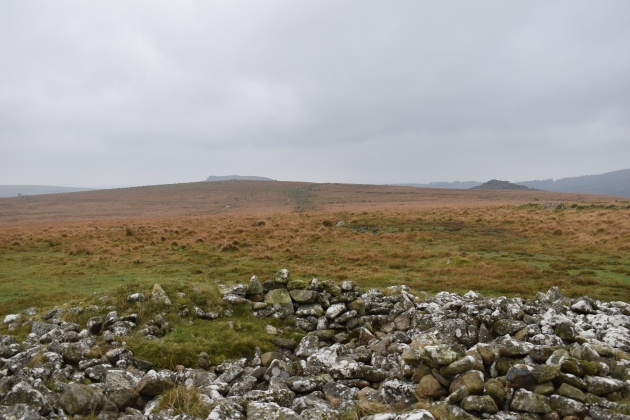 The cairn at the far end. The stone row can be seen running up the centre of picture 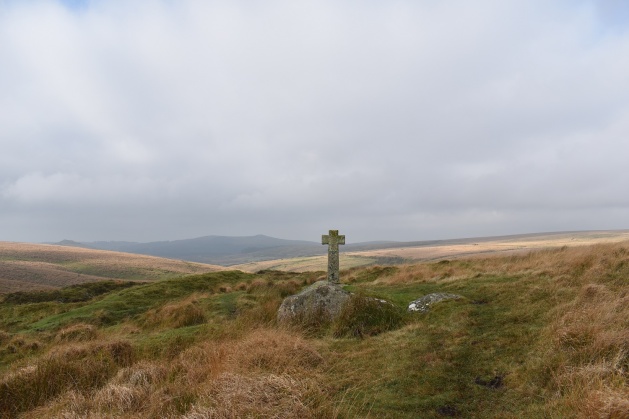 Brighter skies and the Devonport leat cross, aka Hutchinson’s Cross

I’d seen a fair few bikes as I drove over here. This was the reason. The tour de Moor. Here they are cycling past Siwards Cross, with Nun’s Cross farm behind 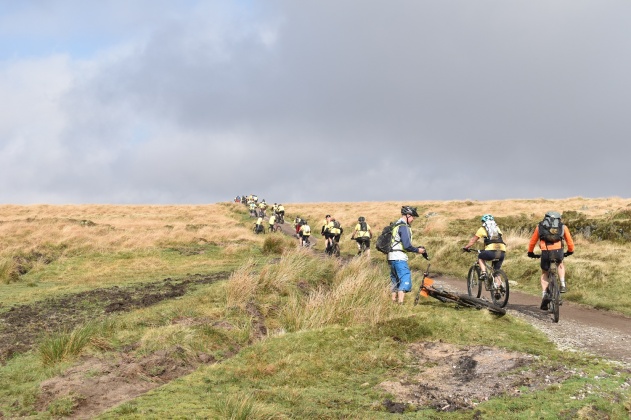 On the way to Princetown 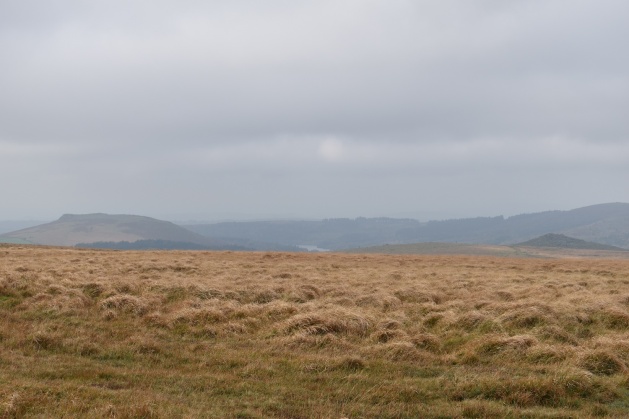 Sheeps Tor on the left always looks higher than the rest of the tors around Burrator. When in truth it isn’t

I walked past plenty of these between Eylesbarrow and Siwards Cross. They are the boundary for the Burrator reservoir watershed. All farms within it were evacuated when the dam was built around 1917

Walking down to Combeshead Tor, with the brown bracken running up it, Sheeps Tor is far left and Peek Hill back right

Cuckoo Rock in the foreground and the Sheeps Tor bulk behind 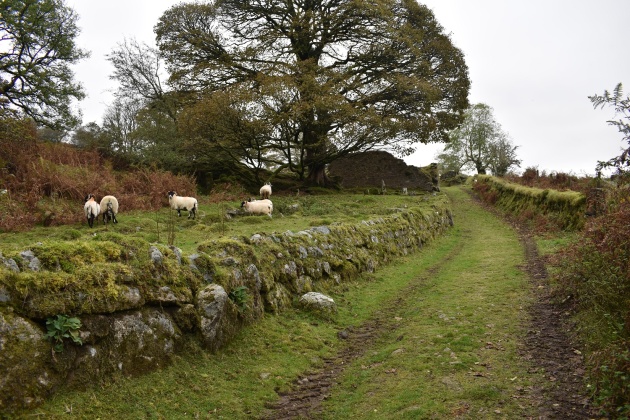 A part of Deancombe Farm

Click Tor looking back across the valley to Combeshead Tor

Walking up the slope to Sheeps Tor and looking across to a very dark Leather Tor and Sharpitor, both looking very pointy from here 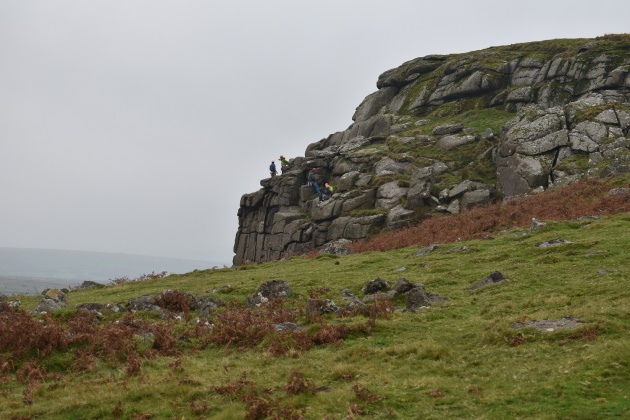 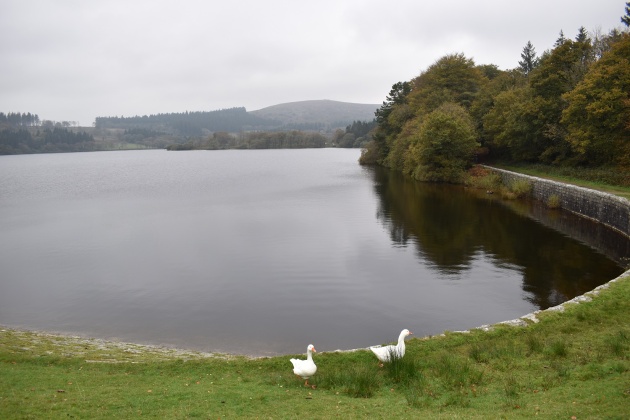 All calm at Burrator Reservoir 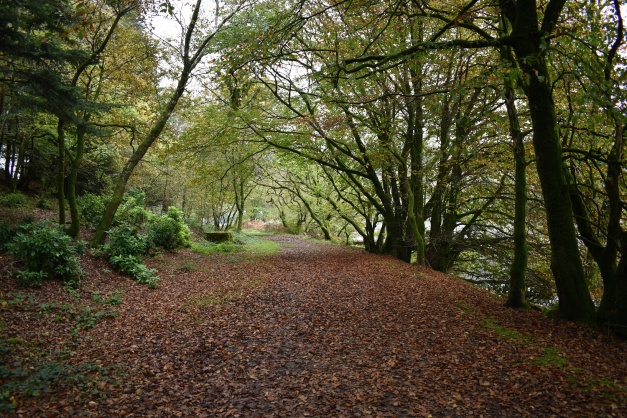 Autumnal as I walk alongside the reservoir 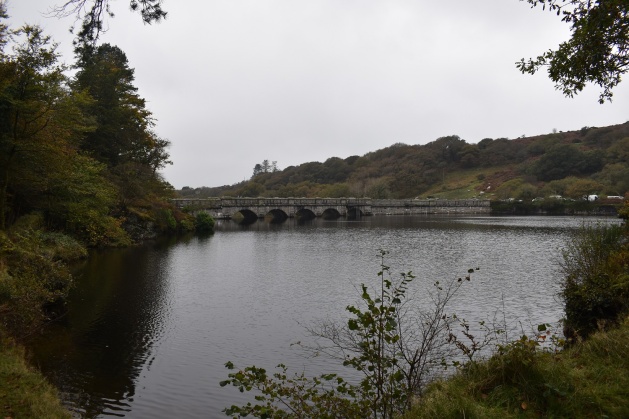 Burra Tor, after which the reservoir was named 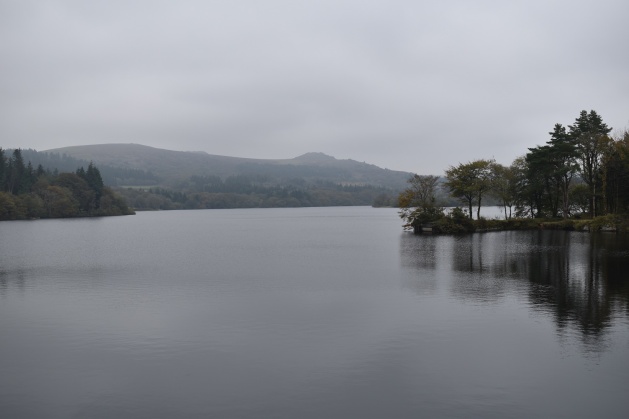 Peek Hill and Leather Tor from the dam

A short walk from the dam to Claig Tor, still with a view to the reservoir 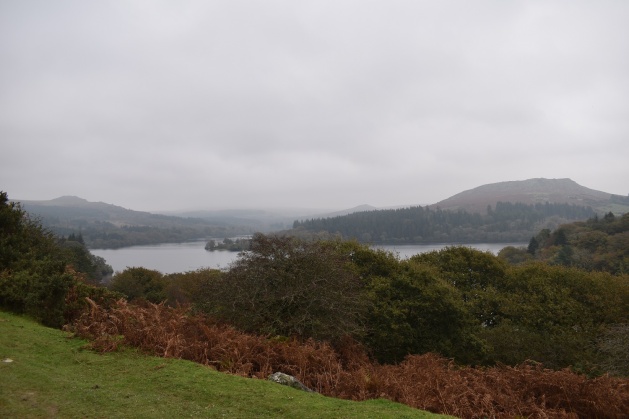 The old railway track from Claig Tor above the reservoir gives a fantastic view back down and across to Sheeps Tor. Even in this weather

Not Much room here!!

Bright skies to the south as I near the end, I’d followed the Devonport Leat to Cross Gate cross, now to head to Norsworthy Bridge

Sun pouring through the trees at Norsworthy Bridge

This was 20 minutes later as I drove home. Sheeps Tor on the right. You’d not believe that it was the same day!

4 thoughts on “A long loop around Burrator”