A trip to the eastern side of Dartmoor this time and a woodland walk through one of the best areas in Devon. Lustleigh Cleave is a fantastic area and I could go on and on about the views from Harton Chest. I went looking for Gradner Rocks this time before dropping down into the valley and following the River Bovey upstream to Horsham Steps. The path along the bottom is very good until just after the Lustleigh Clam it then starts as a bridleway with posts to follow, before disappearing and becoming a rocky, lumpy, boggy trudge through bramble. Once at Horsham Steps the good path returns. Maybe I should have headed uphill towards Manaton before dropping back down further along. Still the walk along the ridge at the end is a great way to end this circuit. I even met another couple on the top of Harton, who were on the summit boulder, enjoying the view. The sun shone for most of the walk and I even got a bit of a tan by the end. A fine day on the eastern side of the moor, I’ll be back to look around one of my favourite areas.

Starting out by walking back towards Lustleigh along the road. I catch this view northwards along the valley in the direction of North Bovey.

Lots of these fellas out today

Road walking can be a bit monotonous at times, but this was lovely. I now see how I got my tan!!

Looking to the south across the fields around Bovey Tracey 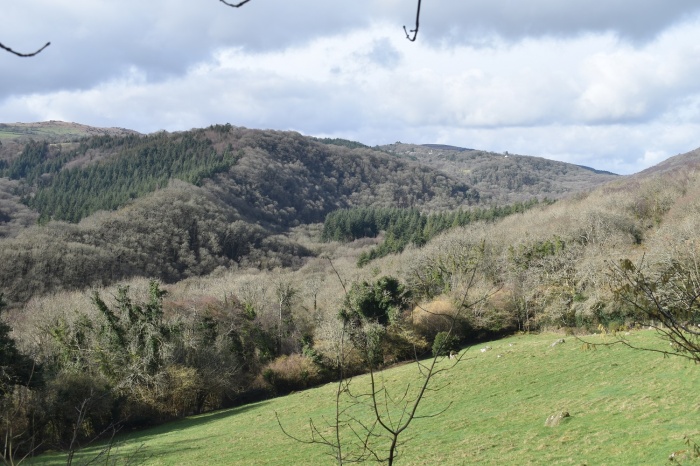 Gradner Rocks kind of sprawl up the hill

One of the larger rocks near the path which make up Gradner Rocks. Looks like the prow of a boat 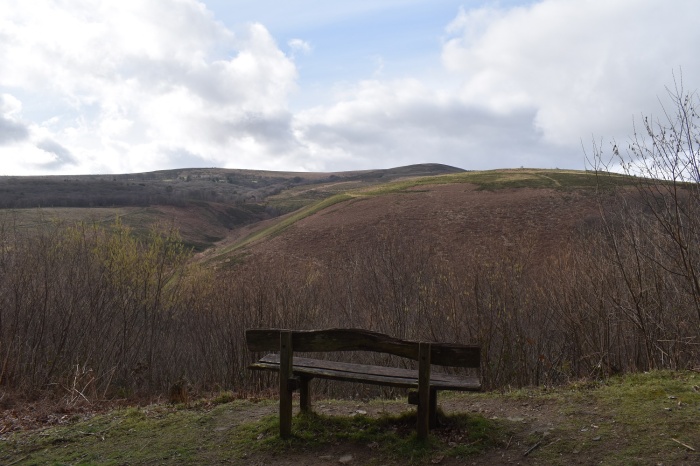 Lustleigh Cleave stretches out ahead

A stunning packhorse bridge. Hisley Bridge has been here since the late 18th century 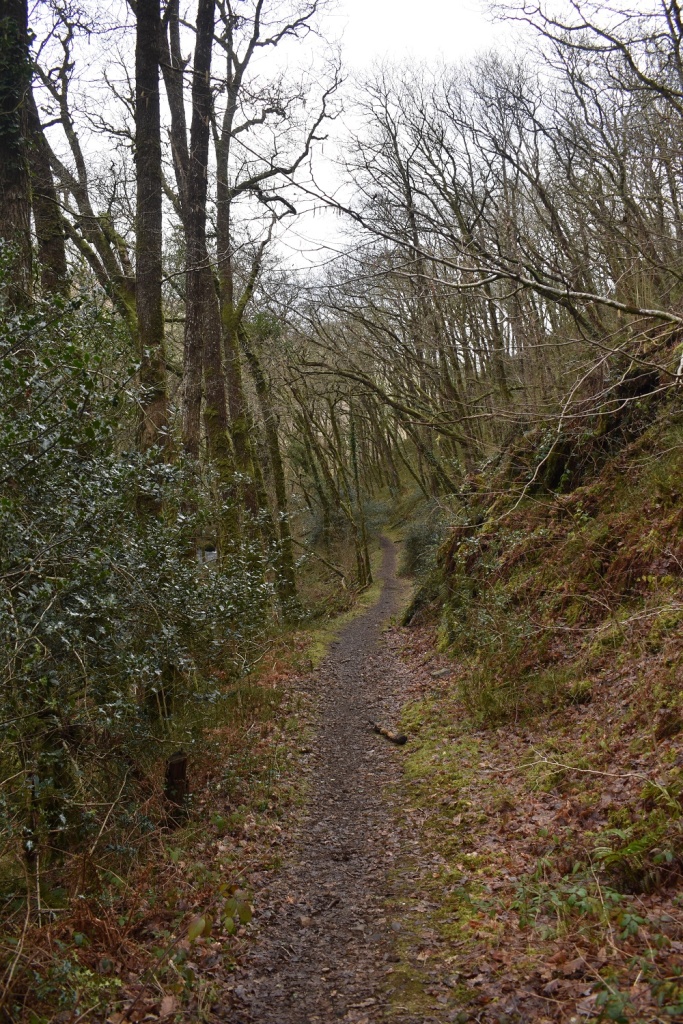 Now this was a bit of a surprise, I wasn’t aware of this bridge. But the Old clam on the left hand side has been in situ for around 130 years now. Its had a few changes of tree trunks over the years. But its brilliant. The health and safety police tried to have it removed, but the locals rightly fought back and whilst they have installed a new wooden bridge to the right. I for one will cross the original way.

I’ve gone a bit off piste now, the bridleway that was signposted has vanished and I’m left dodging some boggy ground with rocks, bramble and fallen trees everywhere. Thankfully this lasted only 20 or minutes until I reached Horsham Steps. I should have followed the uphill path from the clam bridge and come back down further along the Cleave 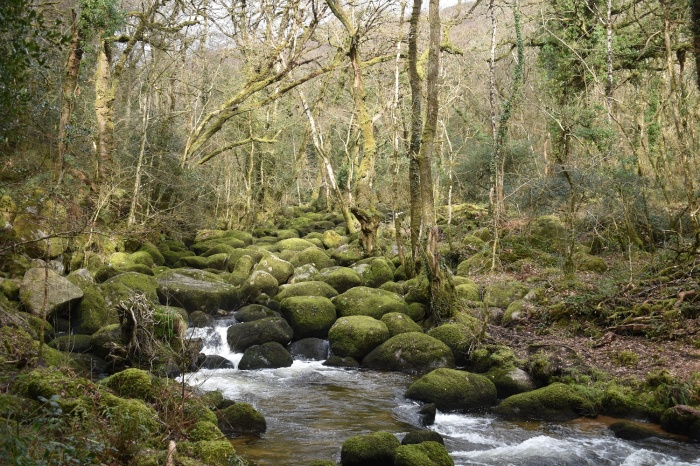 Horsham Steps, on one of the lower rocks I spotted a white/black bird before it darted off. A bit of investigation tells me that this was a dipper, reasonably rare but here along the Cleave it can be seen 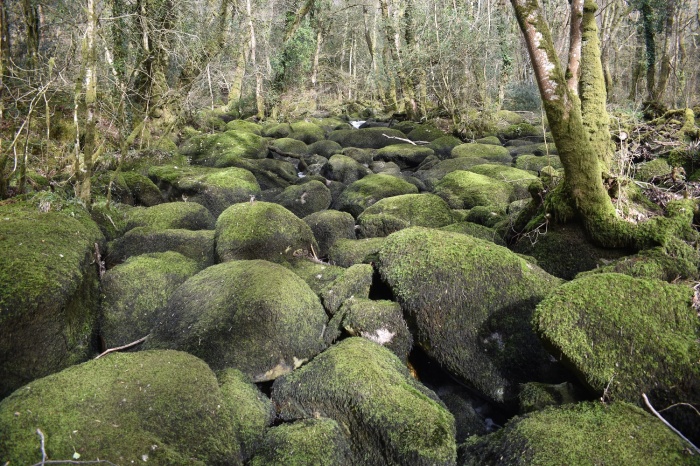 The boulders that make up Horsham Steps, the river runs through and under the rocks 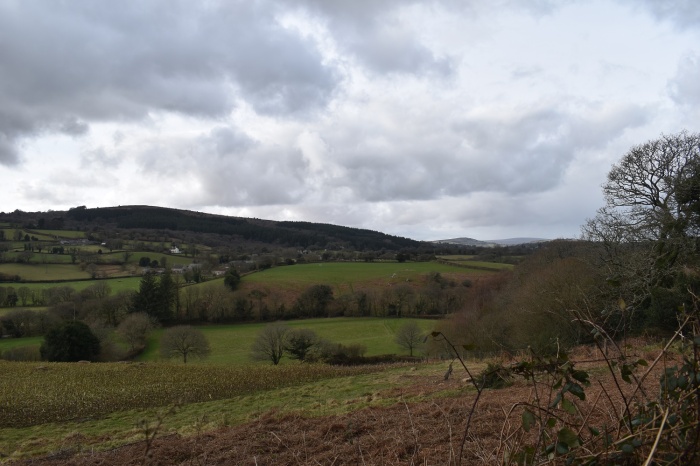 Climbing out of the cleave up to Hunters Tor, I get a view up to Easdon Tor with Cosdon Hill in the far distance

Now on Hunters Tor looking across to Hound Tor and Haytor 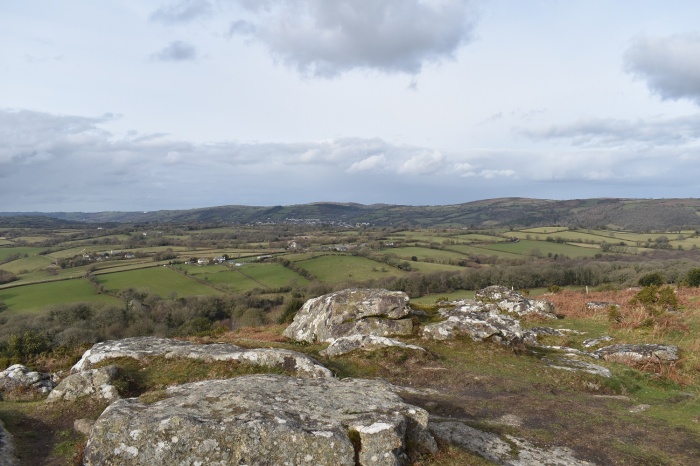 Looking to Moretonhampstead and the hills around Mardon Down 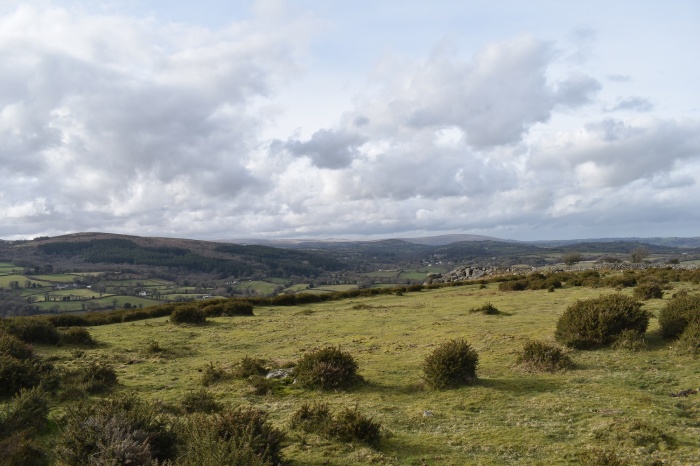 Hunters Tor is just over there as I start along the ridge, Easdon Tor left and Cosdon Hill at the back

Above Ravens Tor are these rocks, named Foxworthy Tor, the majority of Ravens Tor is down the hill in the gorse and trees

Easdon Tor above the rocks of Ravens Tor

Harton Chest rock, just to the left through the trees you can see the fella sat on the summit boulder, this put pay to my own hope of a sit there with a brew in hand. I still went through to have a chat 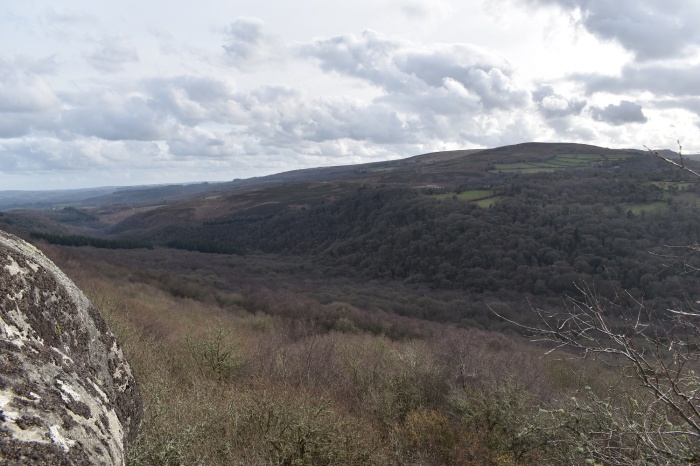 Lustleigh Cleave from Harton Chest, Black Hill up on the right 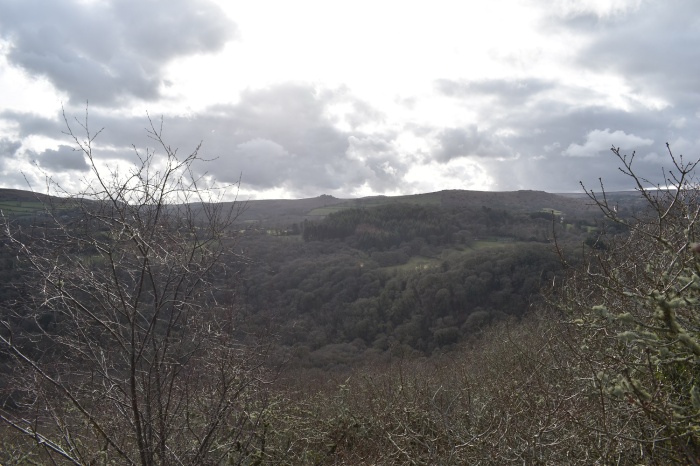 Hound Tor in the centre of photo 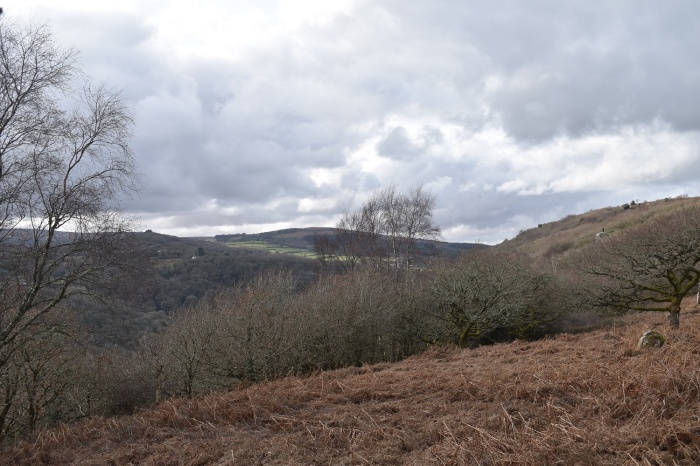 You can see Harton Chest on the right of the photo, poking up from the trees. Manaton Rocks is on the left of photo 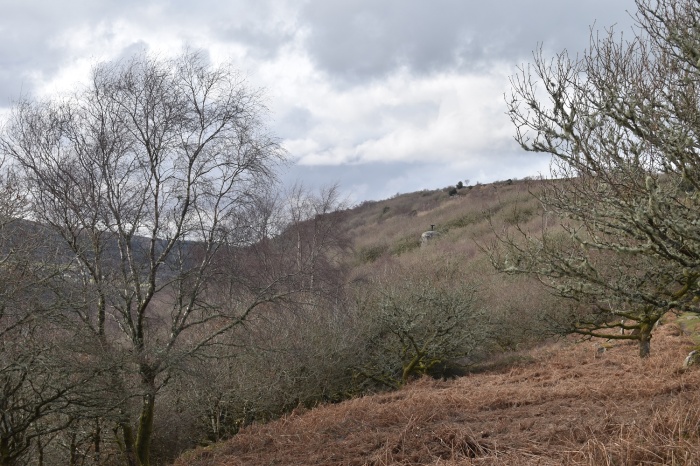 Zooming in a bit, the fella is waving back at me!

The top of Sharpitor, most of the rocks of this tor are to the left of this photo but this is a classic framed view of Hound Tor in the distance

Sharpitor and the main outcrops

As you come down the hill you pass more outcrops, some say these are part of Sharpitor, others mark these are separate outcrops, this one is called Hammerslake Tor