As you may have noticed this winter I haven’t really been walking on Dartmoor proper, choosing to stay around the edges and head into woodlands for walks and to pick off some tors. Mainly, however, this has been to stay away from a sodden Dartmoor after months of rain down here in the south west (bring on Spring!). I’m not convinced that we will get any cold blasts this year, as so far the thermometer has barely dropped below 5 degrees at any point  this winter. This was another of those walks, again on the eastern side of the moor and again it would include a decent stretch of the legs over a number of miles before heading into woodland to find lots of tors. This walk would work if you didn’t fancy the Wray Cleave woods as you could just carry on along the road to Pepperdon Down. As for this walk, well it all went very well until I turned down a permissive path towards Wray Cleave woods, the path wasn’t great as it reached the woods and any path through the woods was faint at best, at one point, trying to refind the path at Wray Cleave Wood Tor I ended up in brambles too deep to move in and falling down into holes between boulders. Not fun at all. Thankfully Pepperdon Down is a lovely spot and the sun was setting which made it magical. 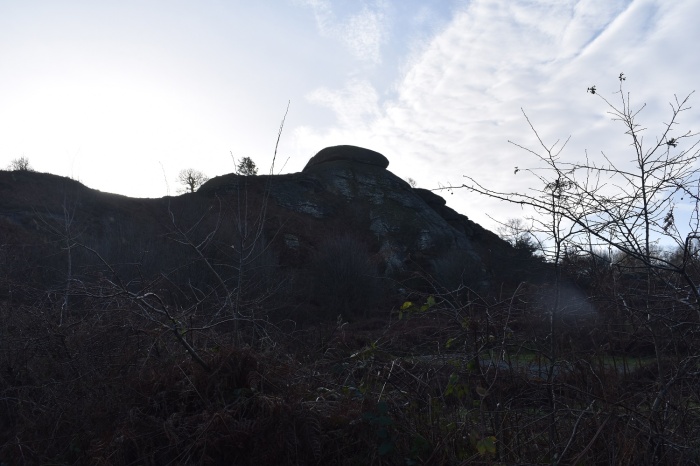 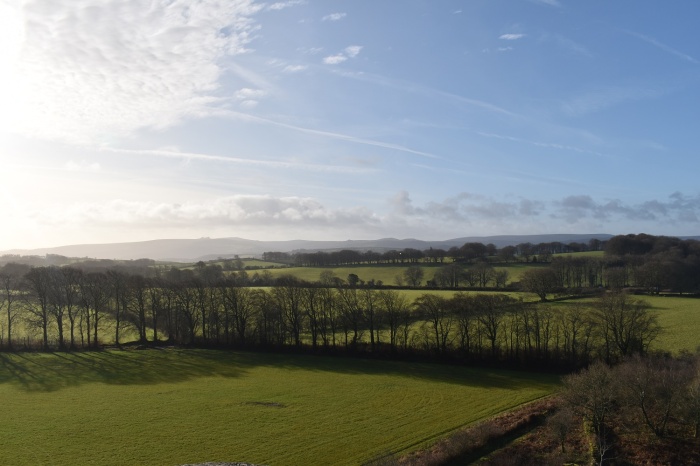 Great views from the top to eastern Dartmoor

Cosdon Beacon way to the north 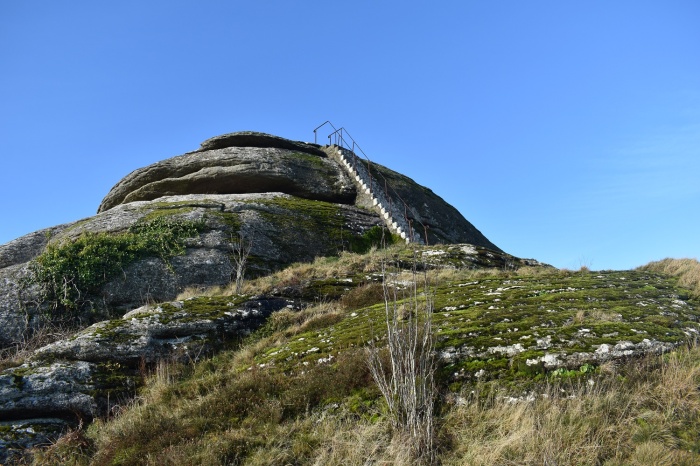 Stairway to heaven, the only way up and down Blackingstone Rock

Shillyrock. For many , many years deep in forest has been uncovered after the trees were removed. Saplings are starting to grow so you won’t have many years to get here and see it 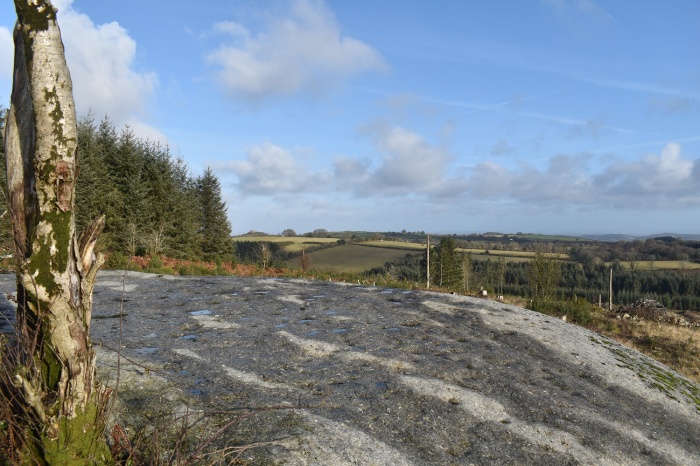 Heltor Rock is to the north 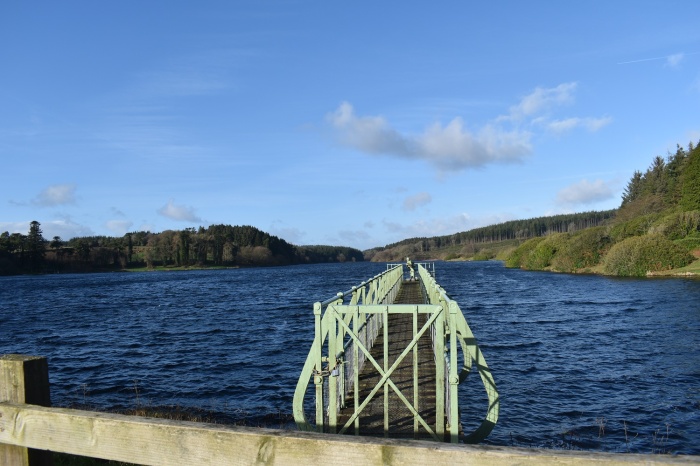 I completed the path around the reservoir which took me to the road and this view back up the reservoir. Now to join the path which I took at the start of my last visit here, about a month ago

And past Little Trenchford Tor 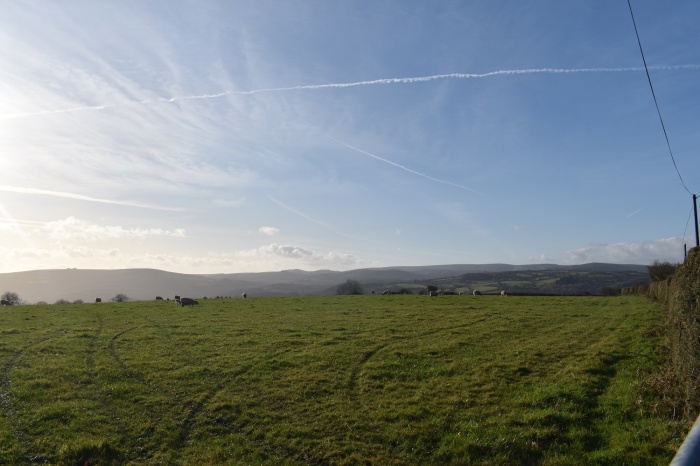 Lower Elsford Farm, I was looking to see if I could spy Elsford Rock but you can’t see it from the road

Now this isn’t on an OS map, its a permissive path and is level with Wray Cleave South Tor. It was worth the gamble 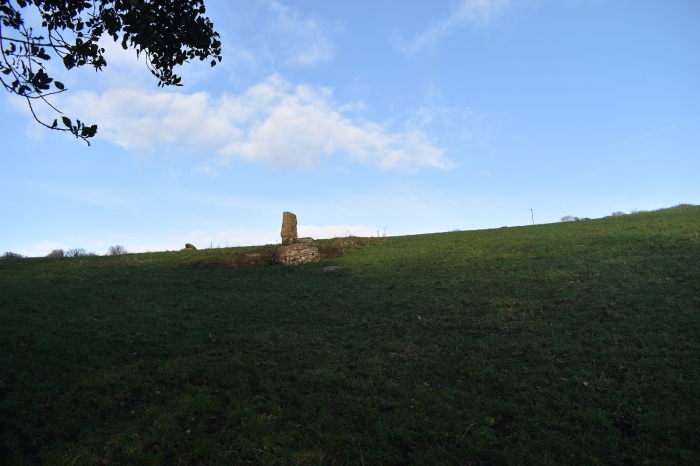 I stayed alongside the fence at the top of the woods. This rock marks the point where Wray Cleave South Tor is. Head downhill into the woods from here.

Not far from the fence line is the tor

Following a path of sorts on the ground I headed a short distance to the next tor. There are 6 in here in no more than 1km. This is Wray Cleave Middle Tor 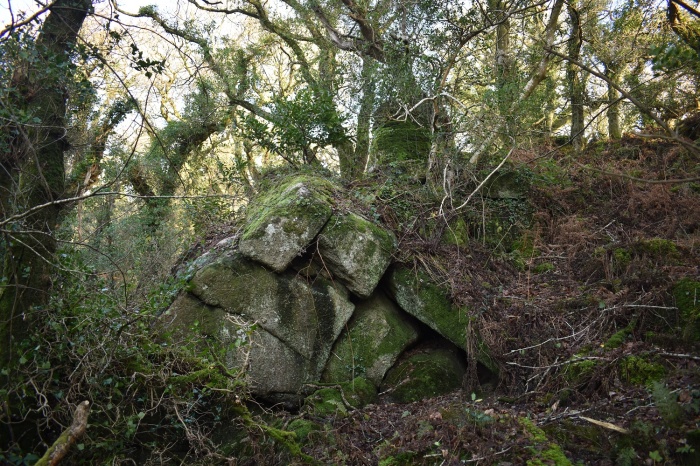 Lewdowns Cottage is above this tor, another path heads out of the woods here meeting the path that crosses the higher part of the wood. I looked to continue north on the path, but lost it, my gps put the path below where I was so I headed down a bit

This is lower parts of Wray Cleave Wood Tor, behind me is brambles, bogs and stream. I headed in, looking for a way through but came out again as it looked impassable, up and won I went looking for another way through, even by the cottage it looked tough. I ended up trying to get to some rocks, fell through gaps between the rocks covered in brambles. I broke a branch off a tree and hauled myself out then used it to bash a path through and out. In total it was 30 minutes between this photo and the next one. Travelling about 100 metres forwards

To reach this tor. Furze Park Tor, by now I was running late so didn’t really do this one justice. As will all 6 of the tors in here, each one has 4 or more large outcrops, some are massive and run up and down the steep woodland. Be careful in here!

I got above Furze Park Tor and then stayed as high as I could, eventually I reached Wray Barton Tor 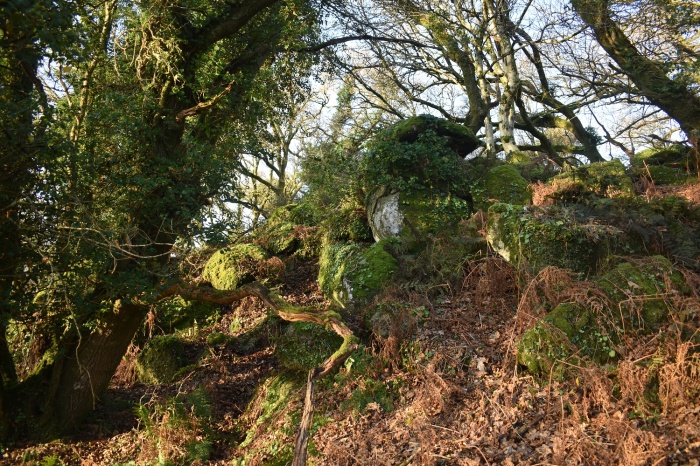 The last one in the woodland is Pepperdon Hole Rocks, this one is about 100 metres from the lane of the same name. So heading that way I found a green grassy path first and then above that the lane

I followed the lane upwards, it opened out nicely at Pepperdon Down. These are Pepperdon Rocks or at least the smaller part nearest the lane. The main outcrop is just behind these ones 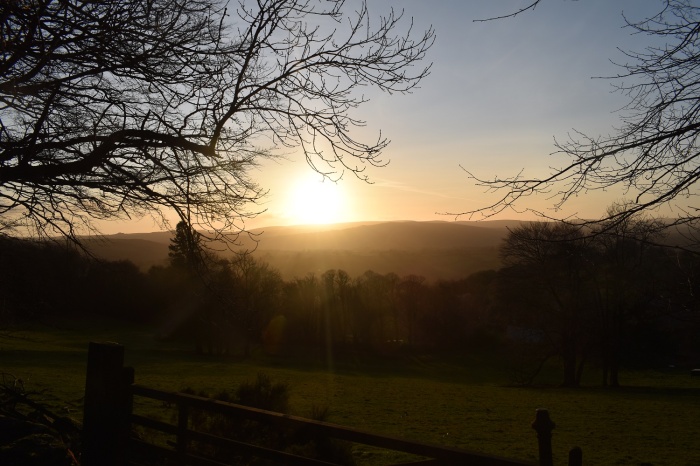 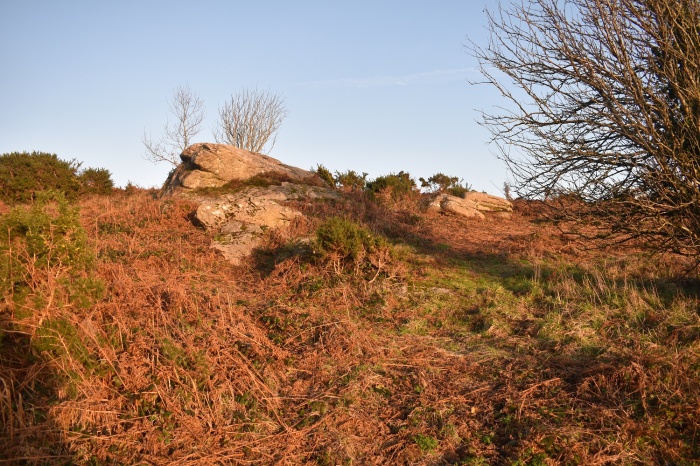 The final section of the Down. In the sunshine ahead is Blackingstone Rock, up on the right is Pepperdon Down rocks 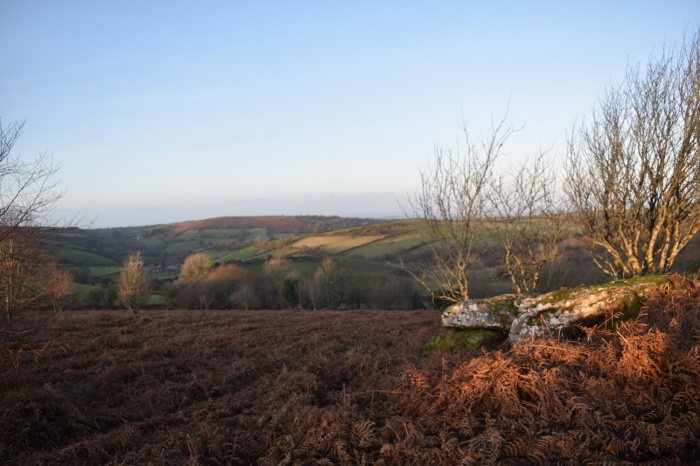 A nice place to finish this walk. Looking to Mardon Down. Its just 10 minutes from here to Blackingstone. The weather was superb and the walk was pretty good for the most part