Since early November sunny days in this part of the world have been extremely rare. Rain and strong winds from the south west have arrived day after day. Finally though we had one good day which meant one final walk in 2015. The original plan was start near Bonehill Rocks walk through Widecombe and up to Hameldown before looping round at the far end and ascending Honeybag Tor and coming back to the car along the ridge. Once out and looking at the blue sky I decided that I would add a warm up loop around Top Tor and Pil Tor and once up on Hameldown I would consider continuing to Grimspound. As it was I did pretty much 10 miles in some lovely sunshine. 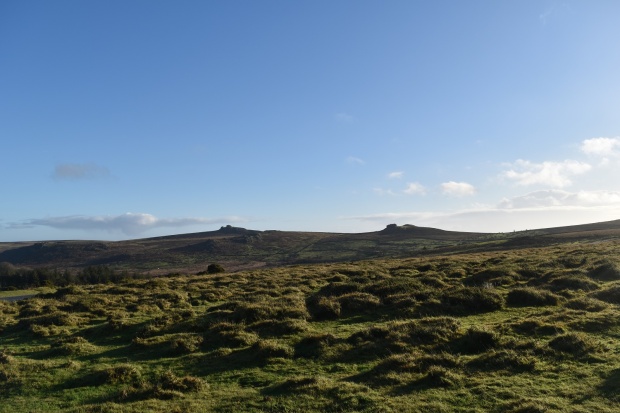 Blue skies and Haytor from the start of the walk

And blue skies the other way to the west 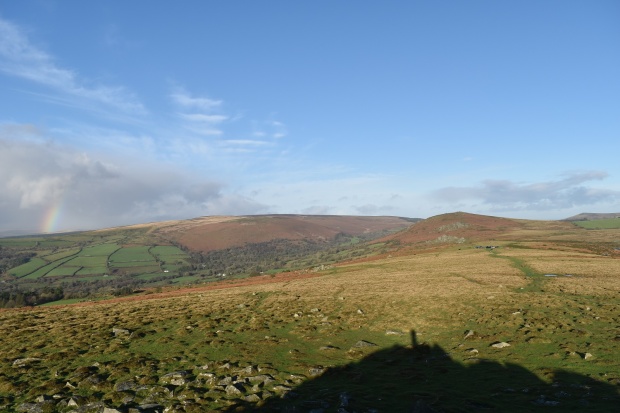 On Top Tor looking back towards the car, Hameldown to the left where I’m heading soon

Pil Tor next though 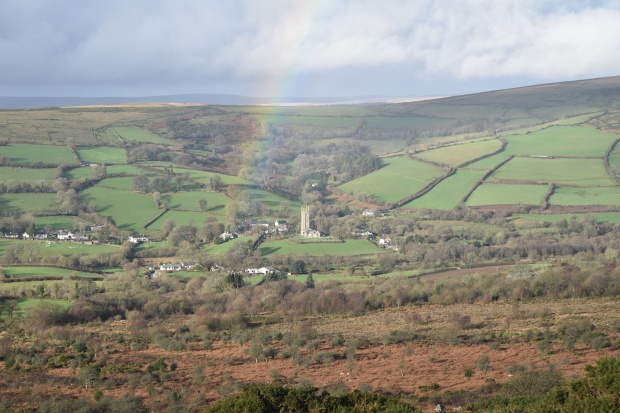 Rainbow on Widecombe from Hollow Tor 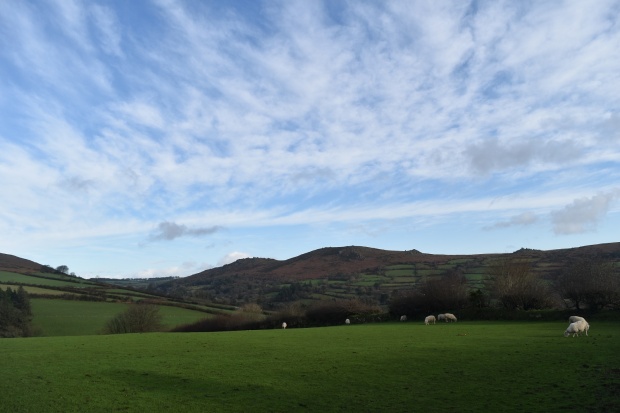 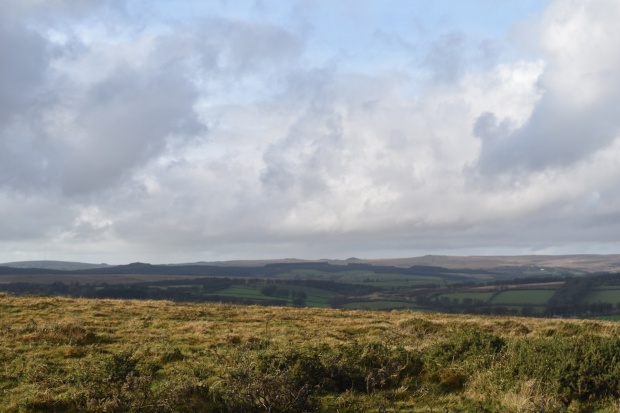 Looking back along the Two Moors Way from Kingshead Tor

Uh oh, on Kingshead Tor and that looks ominous!

Luckily the shower missed me, just! On Hameldown Beacon now

Time for coffee and festive cheer! 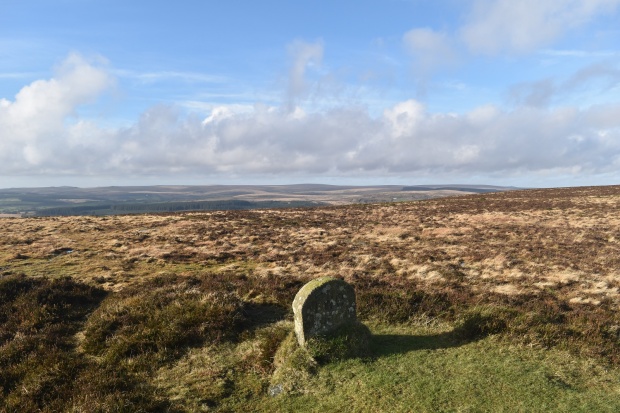 Looking back to Hameldown Beacon 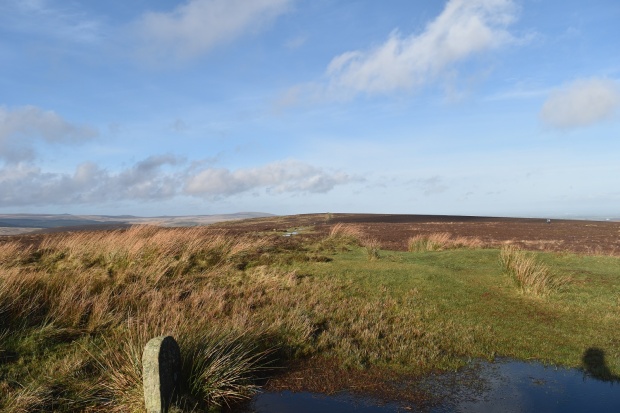 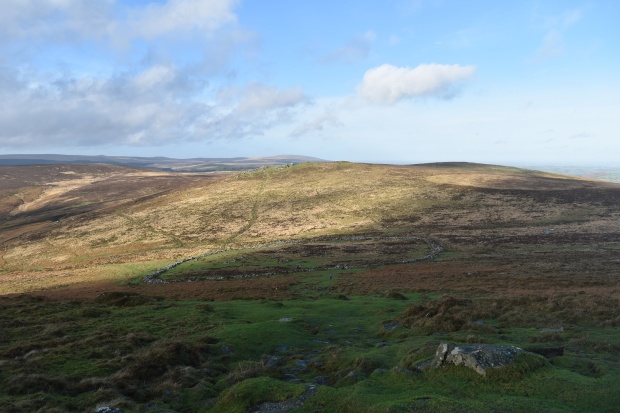 Fantastic stuff from Hookney Tor down into Challacombe valley

King Tor is next up, a lot of heather between myself and the cairn 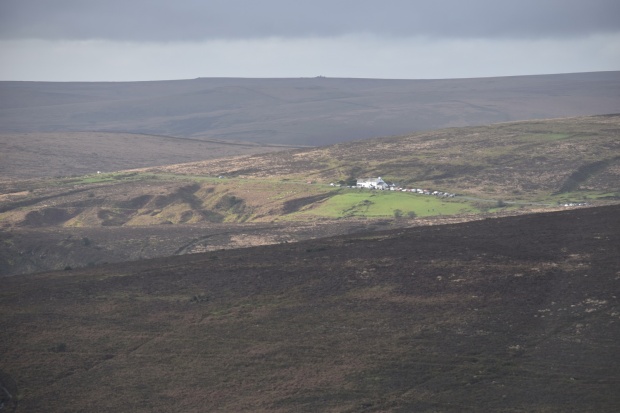 Zoomed in and plenty of cars at the Warren House pub

Hound Tor catches the sun with Haytor behind

Honeybag Tor is next and its a fair walk away! 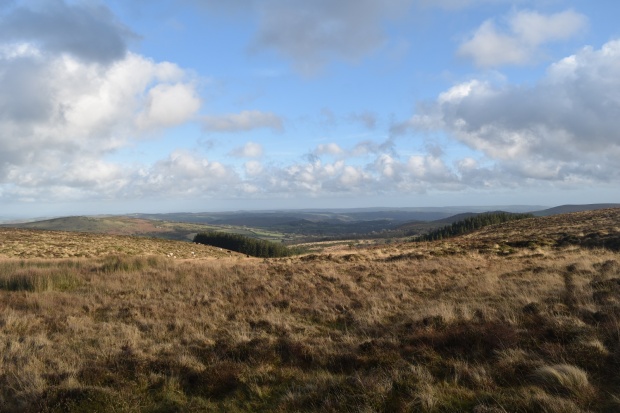 The circle is Berry Pound, clearly seen from here 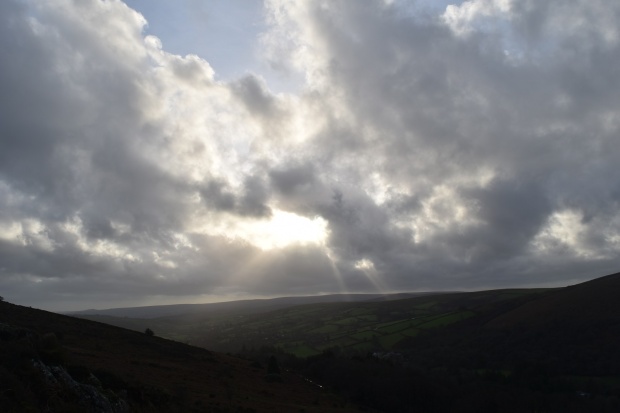 The searchlights are out!!! Looking to Widecombe from the stupidly steep climb to Honeybag Tor 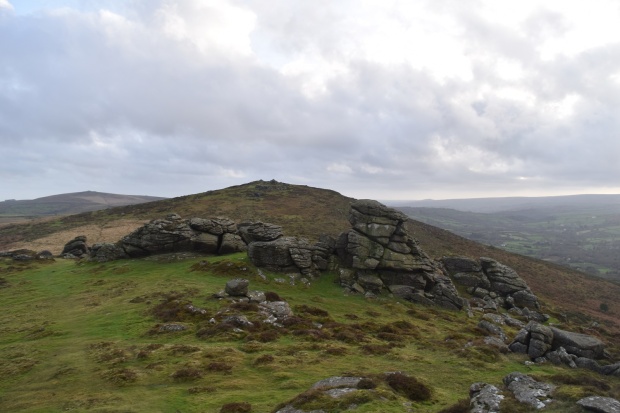 Note to self, don’t come up from the west again!! Looking to Chinkwell Tor from Honeybag Tor 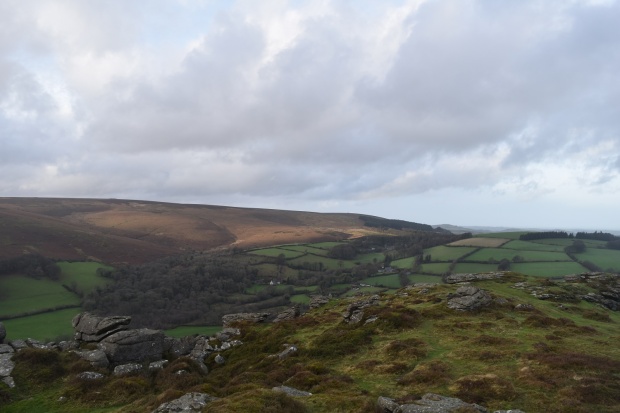 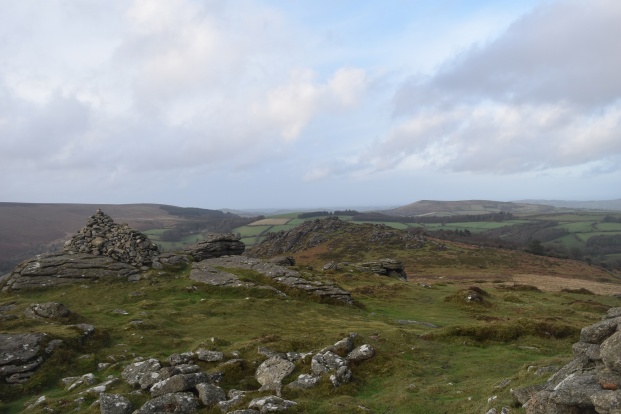 The cairns on Chinkwell Tor looking back to Honeybag Tor

Ok I wasn’t drunk, but I did double take thinking this was a group of unicorns!! 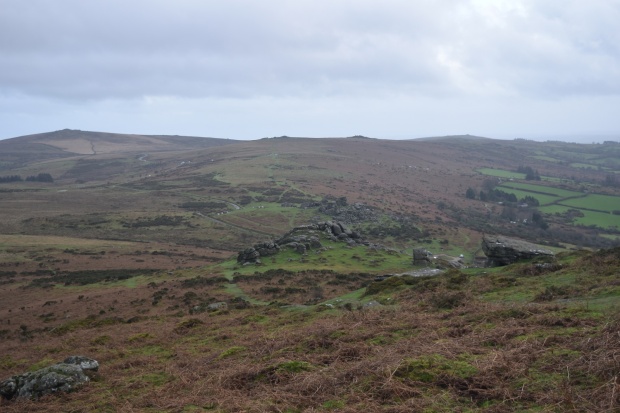 Bell Tor below, Bonehill Rocks behind and Rippon Tor back left with Top Tor and Pil Tor in the middle distance